The death of effeminacy 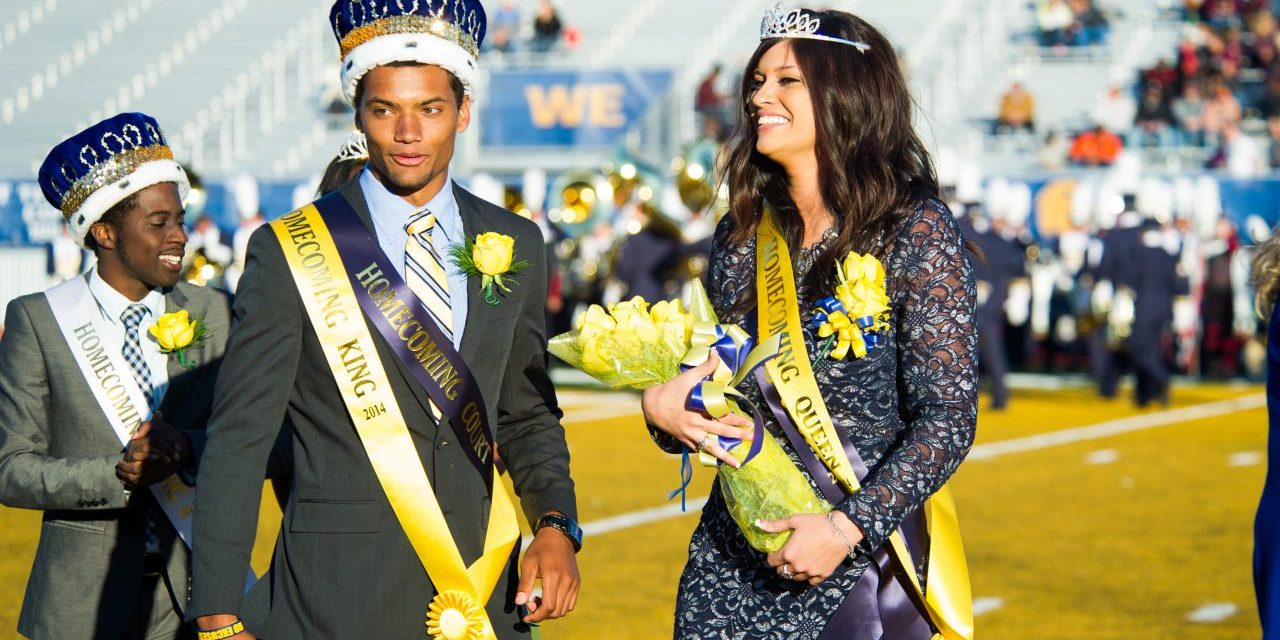 To which Mr. Evan Rosenberg took offense and wrote a letter to the editor:

I was very interested in reading Maggie Bozich’s front-page story (“Greeks prepare to crown new Big Man on Campus,” Oct. 15, Indiana Daily Student) on Zeta Tau Alpha’s research benefit event, Big Man on Campus, but she lost me with her first sentence: “Every male on campus wants to be him, and every female on campus wishes she could date him.” Although I have enjoyed reading some of Ms. Bozich’s other work, she let me down this time. With one innocent slogan, she silenced every lesbian woman on campus by implicitly denying her existence. Too often we remain complacent with narrow-minded interpretations of love, and by denying the existence of perspectives or orientations different from our own we unconsciously make others feel invisible, which denies them the right to express their love.

I believe Ms. Bozich meant no harm, but let this serve as a reminder of why it is so important that we are inclusive in our language. Silence can be deadly.

Posting Mr. Rosenberg’s letter to the editor here on Baylyblog a couple days ago, I concluded with this comment:

Surely Evan, with all his multi-cultural feminine sensitivities, will make someone a good wife husband.

In thinking more about this comment, I wondered whether some might take it as a cheap shot, a cynical dissing of Mr Rosenberg? In fact, it was an attempt to make a serious point to which I now return.

There are certain natural, God-given aspects to the two sexes that are a necessity in marriage, the home, and civil society. Men (including Mr. Rosenberg) are called by God to relish and embrace their manhood to the end that in some way each of us reflects God’s Fatherhood. This is one way all men (as men) glorify God.

And there is a certain femininity about Mr. Rosenberg’s desire to forsake God’s condemnation of lesbianism and sodomy for the sake of inclusive relationships and communication, thus finding offensive an article that was written quite innocently, without any intent to leave out or make invisible sodomites, the married, the single by choice, etc.

Further, this certain femininity is not attractive in a man and past generations would have condemned it as “effeminacy.”

In past centuries, men viewed sodomy with revulsion while pitying and having a quiet compassion for those suffering this temptation. Past generations would also have read Mr. Rosenberg’s letter to the editor and shaken their heads wondering what happened to his manliness?

But now we are never to criticize a man for lacking manliness, and thus the word “effeminate” is dying. We have stopped talking about sexual differentiation and only talk about gender—with gender being a social construct and not a biological fact. So having turned sex into a social construct, we have added the element of choice which is one of our culture’s principal idols.

Why accuse a man of not properly reflecting his sex when it’s all relative to his own personal choice?

As Christians, we might tolerate some slight discussion of logical flaws in Mr. Rosenberg’s argument; we will steel ourselves knowing we can’t outright condemn the occasional outlier fellow Christian who reminds us that the Bible says sodomy is an abomination; but to point out that Mr. Rosenberg has betrayed his manhood—that his argument and posture are not honoring to the stronger sex—this we will not tolerate.

See for yourself. Try it out the next time a man makes an effeminate argument. Gently and calmly condemn the effeminacy of his position or rhetoric.

PS: For ten extra points, what’s the definition of muliebrity?