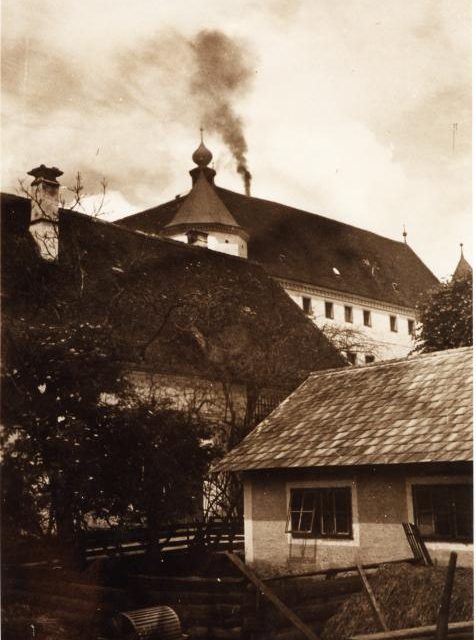 Bloomington’s best and brightest discovered an enemy of the people in a most unfortunate place this past summer—the local farmer’s market. For myself, I can’t abide the place. If I want fresh tomatoes, eggplant, or basil, I prefer to buy them from honest merchants without having to deal with braided armpits and Tibetan prayer wheels.

The enemy discovered was said to be a racist vendor. Without the slightest irony, the locally-sourced set went into hissy-fit mode, assaulting this female gardener for engaging in her private life in what they all pronounced to be “identity politics.” By this, though, they didn’t mean she’d voted for President Obama because he was African American, nor that the poor woman had declined to support Elizabeth Warren because it had turned out she wasn’t in fact Native American, nor that she had a sign over her cucumbers saying up with people and down with pigs.

Anyhow, there was such a hue and cry against this take-our-word-for-it-she’s-a-racist! that Bloomington’s farmers’ market melted down for several weeks. Shut down it was. Cilantro wilted. Rutabagas rotted.

The horror of it all was the talk of the town and people of good conscience started considering emigration to Lafayette, Gary, and even Hammond. “What is going on,” everyone wondered? “What is happening to us?” “Who are we as a community?” “Where is our moral fibre?” “Why haven’t we fully evolved yet?” “If we can be shocked—utterly shocked—to discover such a miscreant in our midst, who knows what other crimes against humanity lurk just outside Sample Gates?”

Oh yes, it was a time of soul-searching and the presses were kept busy recording the far-reaching discussion. Of course, no one bothered interviewing the people’s enemy herself. She was beyond the pale and it was simply understood her civil rights only mattered in the very, very abstract. No one was actually going to allow her to speak.

Virtues were paraded. The city mothers wrung their hands in anguish. What was anyone to do? On the one hand, the market is held on city property where the First Amendment is thought still to have some small standing within our shared values.

On the other hand, haven’t we long ago concluded the Bill of Rights does not apply to certified Enemies of the People?

January in Bloomington is not the season for farmers’ markets. Nevertheless, the people who matter remain in high dudgeon against this young woman. A couple days ago the local paper ran another article, this one quoting the grand dame of Bloomington’s East side politics, Charlotte Zietlow:

Charlotte Zietlow …said she was saddened that a market she saw the start of had become a place where some people felt unsafe, although she herself recalled being attacked by an anti-abortion activist at one point in the market’s history.1

A friend sent me a copy of the article knowing Ms. Zietlow was referring to me when she complained about having been attacked “by an anti-abortion activist.” Ms. Zietlow lies, and she has repeated this lie f0r a quarter-century.

She claims she was “attacked.” She was not attacked.

She was rebuked. Let me explain.

Back then, Ms. Zietlow and I knew each other. For a year or two, I had been in the habit of standing outside Ms. Zietlow’s place of employment where little babies were slaughtered. It was our local Planned Parenthood abortuary and I made a practice of attending the killings there with one or more of our children. We would carry signs and plead with the young mothers not to allow Ms. Zietlow and her colleagues to murder their little ones. Every now and then Ms. Zietlow would come outside and talk with me and give a cup of water to one of my children.

Sadly, our relationship was cordial.

But one early evening as I walked down Kirkwood Street with my teenage daughter, Heather, it dawned on me it was a terrible failure for any Christian to have a cordial relationship with those moral monsters who profited off the murder of unborn children. The image that came to me that soft warm summer evening was SS guards being greeted cordially on the streets of outside the barbed wire of the concentration camps as the smoke of cremation billowed into the sky behind them. (Such a picture appears above.)

Heather and I were out for dinner together, and as we walked east on the sidewalk in front of the public library, there was Ms. Zietlow holding a female soirée on this balmy summer evening. She and her friends were in the middle of the sidewalk, directly in front of us.

My conscience over the cordiality that prevailed between us had been bothering me for some time, and thus it was that, when I saw Charlotte there, I knew the time had come for a new level of truthfulness between us. Stopping in front of Ms. Zietlow, I said to her quietly, “Charlotte, killing babies is a terribly wicked thing.” That was all. No threat. No intimidation. Just civil communication condemning a terrible public sin that was causing the streets of our fair city to run red with blood.

So what was the “attack” at the farmers’ market?

A day or two later, my wife and I went to the farmers’ market with our children. Several of them were elementary school age while our youngest, a toddler, rode on my shoulders. We were walking together when Ms. Zietlow began to walk next to us, on our right a foot or two away. As our family walked with Ms. Zietlow, I turned, greeted her, and said to once more, “Charlotte, killing babies is a terribly wicked thing.”

Again, no threat. No intimidation. Not even a raised voice. The content of my rebuke was intense, but not the tone (which was conversational).

Ms. Zietlow didn’t like the the thought of encountering me and my family members a third time, so she went to the police and complained that I was stalking her.

I told the detective who threatened me with his stalking law that he’d have a hard time proving I was stalking a woman while accompanied by my wife and children. He could see the logic of my position.

Failing in her attempt to get the police to arrest me for stalking, Ms. Zietlow went to court and filed her own restraining order against me. She didn’t include my wife or little ones, so for the next year they remained free to speak to her if they wished.

To get an injunction, one has to sign a document testifying that the person you are asking the civil magistrate to barr from contacting you poses a threat and you are afraid of him.

One year later, the restraining order expired and Ms. Zietlow and I ran into each other in a parking lot outside our city’s Stonebelt Center. There she told me, “Tim, I was never afraid of you.”

Should it surprise anyone that the moral monsters who promote the slaughter of babies also lie?

So now, almost a quarter-century after she perjured herself in order to get her injunction, Ms. Zietlow continues to lie.

Not true, Ms. Zeitlow. You weren’t attacked at all. You were rebuked. There is a difference and truth hangs in the balance.

You were rebuked for taking money to slaughter babies. Which is a terribly wicked thing.

It is so very wicked that Scripture records this was one of the sins which filled up the cup of the Canaanites, causing them to be vomited out of the Promised Land.

Heaven and earth shall pass away, but the Word of God abides forever:

But You, O God, will bring them down to the pit of destruction;
Men of bloodshed and deceit will not live out half their days.
But I will trust in You. (Psalm 55;23)