An Open Letter to Rey from Star Wars, Part II 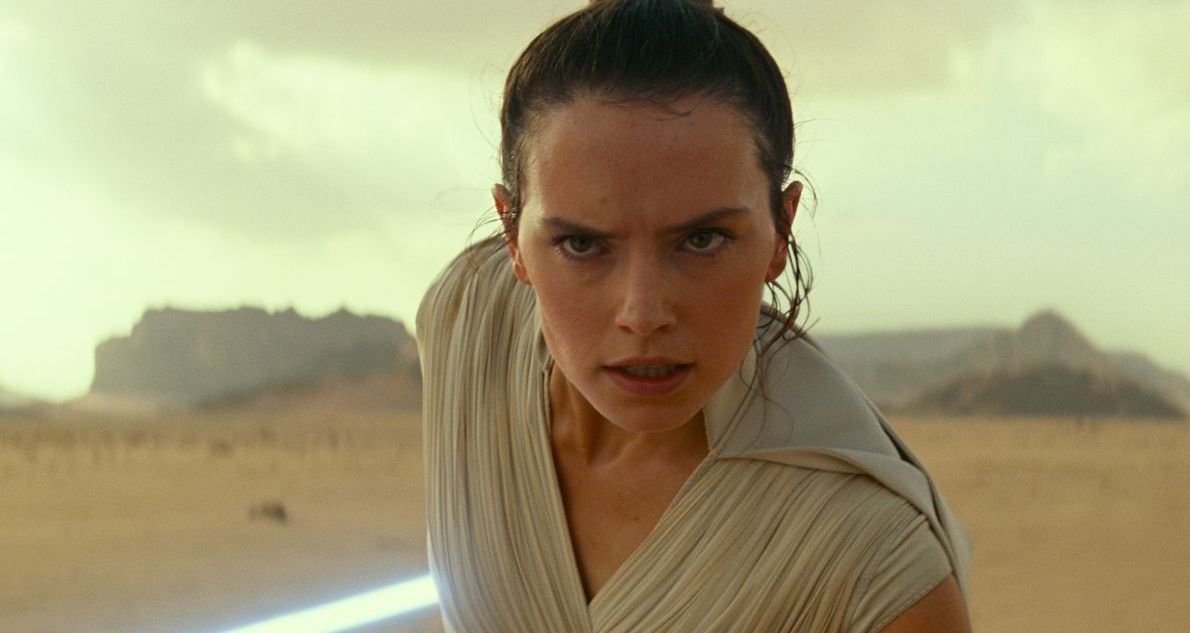 (CONTAINS SPOILERS FOR STAR WARS: THE RISE OF SKYWALKER.)

Almost four years ago, I wrote you a letter. You never responded. It was about how you, and other fictional movie ladies, were acting against biblical, moral, and natural law when you portrayed yourself as empowered warrior women—women who could kick any man’s butt, and didn’t need any man to protect you, ever, period, end of story.

Hindsight confessional: the letter was snarky, and too proud of its nerd cred (the reception of the letter taught me that all the snark and nerd cred in the world won’t buy you an ounce of actual cred with people who don’t want to hear the truth). It contained at least one groaner,

As men, we were born with bodies and minds crafted for war.

which inspired my enemies to point out pictures of me with a body that looked like it was crafted more for Arbys. 1

That being said, the point of the letter stands: women are life-givers, helpers, and the weaker sex. Movies that deny this are wrong, period, end of story.

The Internet didn’t think it was the end of the story. The post went viral, got 130,000 views, hundreds of tweets, Facebook posts, Reddit forums, and more. Here are a couple representative ones (out of hundreds) (bad language alert): 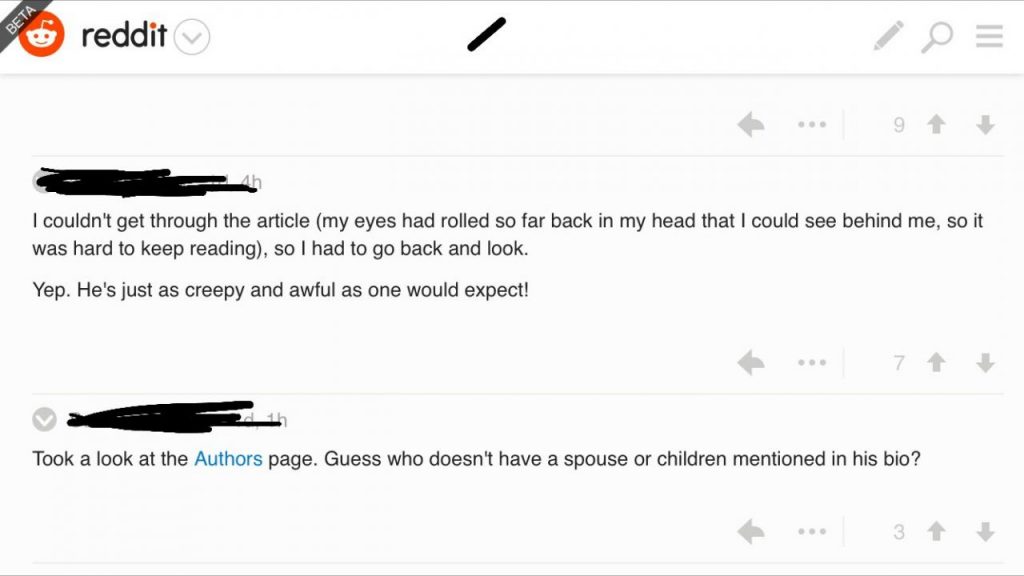 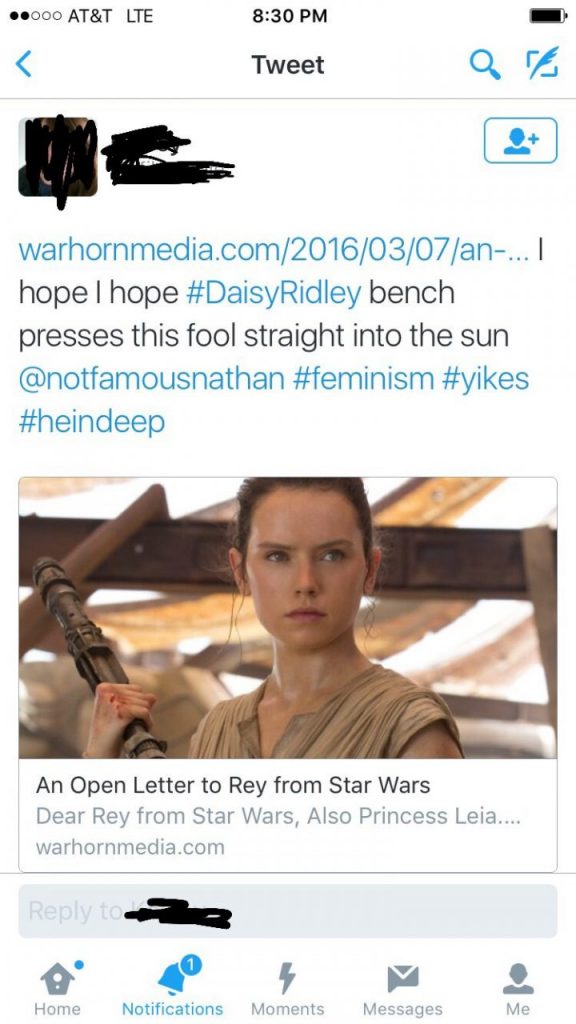 Google “nathan alberson rey” and you can still find angry blog posts, articles, and reviews. It was a bizarre feeling, having multitudes of faceless people joined in monolithic hatred of me. But you understand that, Rey. You had to face down the First Order.

Anyhow, I hope we’ve both matured since I wrote that first letter. If I wrote it again today, I’d say the same things, but I hope I’d do it with more sympathy and less snark. I hope I’d find a few ways to make space for people who were hearing these truths about sex for the first time—instead of playing mostly to people who know what they think.

But the real reason I’m writing is to consider your maturation, Rey.

Articles like this one talk about the ways that the new movie Star Wars: The Rise of Skywalker positions you as a typical, vulnerable young woman. In fact, the author of the article is worried that you are too vulnerable, especially to a man like Kylo Renn. To her mind, Rise of Skywalker teaches us that

… abuse makes romance sexy and fulfilling, that an abuser can be cured with love, and that young girls should strive to “fix” an abusive man, as if it is her only role as a heroine to do so…

According to the article, the movie does this by putting you, Rey, in the position of the abused, trying to “fix” your abuser, Kylo Renn. Kylo intimidates you, bullies you, manipulates you, and hurts you physically. You are often frightened of him, sometimes disturbed by him—but also attracted to him. You think you can turn him from the dark side to the light. Which it turns out you can. And then you can kiss him.

This is a terrible moral for young women. This is me, Nathan, talking now. I agree with the article and with everybody saying this movie has bad messaging. Of course it does. Stories about good girls using their oh-so-goodness to tame bad boys have been around since the invention of the wheel. And they’re mostly crummy.

I mean, it’s true that sometimes a good man lurks inside a beastly exterior, and all he needs is a Beauty for his inner prince to come out. In some ways, big or small, that’s the story of every relationship.

Lots of stories have those elements. And bully for them. But also lots of stories pervert those elements into the nasty romantic notion that a girl should fall for the bad boy who is actually bad—selfish, manipulative, narcissistic, not self-controlled. That this is somehow sexy, and will turn out well. That’s the classic school of Harlequin romance, that’s Twilight, that’s Fifty Shades, heck, that’s Gone with the Wind.

Marrying a “fixer-upper” is bad.

Thinking “oh, I can get him to stop doing that” is bad.

We can argue about how much Rise of Skywalker skywalks above this trope. But it definitely indulges in it to some degree. And for that reason, Rey, let me tell you the following:

I’m glad you’re embracing your more sweet, helpful, feminine side. I always thought you should. I’m glad you’re giving less lectures to men about not holding your hand during shootouts.

That’s not okay. Manipulation, intimidation, and abuse are never okay. A just society would do its best to protect you, and young women like you, from these things. The Internet and me have not always agreed, but we agree on this.

One thing confuses me, however.

Um … I got in big trouble for suggesting that you and the men in your life were not on a level playing field. I was told how strong and empowered you are. In every way just like a man. I was told how you should bench press me into the sun for even suggesting you were different from a man (thank you for not doing that, by the way.)

And yet people do feel it’s more icky … and it’s because he’s a, um … a man. And you’re a woman. And everyone feels that this actually puts you on a, um … a not-level playing field. That his villainy is that much more sinister because it’s a powerful male doing it to a vulnerable female.

Except I thought there was no such thing as powerful males or vulnerable females.

I thought we were all the same. I dunno. I guess I was confused. It’s that or the Internet was. And the Internet can’t be wrong.

But there I am getting snarky again. I don’t want to be snarky. I don’t think you needed to be making sandwiches for the Resistance fighters, Rey. There was an interesting story to be told about a strong young woman in the Star Wars universe. But we have to define “strong young woman” the way that God defines it. Which is a different definition than for “strong young man.”

Because even in a galaxy far, far away, stories ignore the truths about how God made the world at their own peril. Not just because its bad morals. But because bad morals result in bad stories.

Best wishes for your future, Rey. You should totally ask Finn what it was that he wanted to tell you. And cool new lightsaber, Champ!

Tags: I Feel Bad About Myself, Manhood, Movies and TV, Womanhood