Christians grow best in the manure of criticism 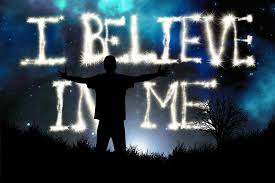 The truth is not in the commercial media because the truth is a dagger pointed at its heart, which is its pocketbook.  -George Seldes

For the past couple of weeks, a friend and parishioner has been being hammered by the Mob. Legacy media such as the Washington Post, New York Times, and Chicago Tribune have promoted the witch hunt. In particular, WaPo’s journalists have again proven incapable of meeting even the lowest standards of journalistic objectivity and honesty. Among the media, whom do you trust?

Over my lifetime I’ve had a fair number of opportunities to examine press coverage of stories I knew from the inside. These stories have reported on church and denominational matters as well as local and state politics, and almost always the media have gotten the details wrong. Not just small and less significant parts of the story, but the heart of the matter.

To err is human. Sadly though, the press has consistently gotten things wrong in the same direction. It’s not like Walmart back in the day when we used cash and half the time we received too much change and the other half too little. The press always errs in the direction of decadence. Their mistakes can’t be mistakes because they’re consistent in furthering decadence and degradation.

Sadly, this is true of Christian journalists and publications, also.

There’s an old quote Joe Sobran used to repeat to the effect that no one knows all the harm that has been done by men fearful of appearing insufficiently progressive. This explains the errors published by Christian journalists and their editors as often as it explains the errors of the Washington Post and New York Times.

Permit me a couple examples from the two most widely read magazines among Evangelicals.

One of those publications is more conservative than the other and I’ve been a deep background source on several stories of national media interest. One of those stories got this publication hammered by the Mob and I found myself in the unusual position of being on intimate terms with the principals on both sides of the battle. Thus it happened that I knew each side of the story firsthand.

The story continued to be covered in many issues across several years. After the initial story ran and the backlash ran its course, it was understandable that the publication pulled in its horns. Among other things, they had been told one of the publishers they had criticized wasn’t going to place ads with them anymore.

Knowing this firsthand, I pushed the publisher not to allow this to discourage his magazine’s pursuit of the truth of the matter. He responded by declaring to me his publication had ironclad protections in place to keep such a thing from happening: “We keep a firewall between business and editorial.”

As I watched their stories, it seemed obvious their right hand knew exactly what their left hand was doing. Having pulled in their horns, in time the hostilities decreased, ads came back, and the Evangelical Press Association was once again a happy place.

It was similar with another large, but more liberal, Evangelical publication. Again, I knew some among the corporate leaders, editors, and journalists personally.

One day it came to my attention an article running in their latest issue was factually inaccurate. They had made certain principals in their story look bad by withholding key exculpatory information.

Knowing the writer somewhat, I called and asked if he’d known this information before going to press?

It took some mud wrestling to get at the truth, but yes, he’d known and had not included the information. He had kept facts out of his piece which would have demonstrated the clear good will of an outspoken critic of one of his publication’s main advertisers. Knowing the facts, this journalist had refused to report them.

If good journalists follow the money, those watching the quality of their work and publication do the same. This man and his publication had obvious, significant financial incentives to trash the reputation of this critic of their largest advertising accounts.

Pointing out to this journalist that his refusal to publish the information wasn’t good journalism or good Christian truthfulness, I asked if he’d felt pressured to withhold the information?

One would have thought I’d accused him of taking a machete and hacking his daughter’s kitten to pieces.

He was indignant: “Do you really think my editors told me not to write anything offensive about one of our advertisers?”

“No, of course not,” I responded. “If they needed to tell you that, they would never have hired you in the first place.”

Now I can imagine at this point some readers have grown uncomfortable and would like to push back, saying something like, “Do you think publishers, editors, and journalists have no integrity at all—even if they’re Christian?” 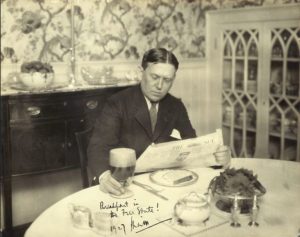 My response is, “No, I don’t think they have no integrity. Rather, I’m quite certain that their integrity depends upon outside accountability, and that lacking such accountability, their errors will be unidirectional in favor of more subscribers, more advertisers, and a better reputation among the rich and powerful.”

If the good journalist follows the money, how do you protect readers from bent journalists other than following their money, also? Given the ongoing painfulness of sanctification and the helpfulness of our wives in that process, why do journalists the disservice of trusting without verifying?

Anyone who says Christian publishers, editors, and journalists should be trusted to publish the truth without regard for their corporation’s bottom line is unkind and unloving toward his brothers in Christ.

For believers and unbelievers alike, accountability is an essential tool in the arsenal of those seeking to keep authority even slightly helpful.

We should all stop for just a moment and ask ourselves what kind of selfish pig we’d be if we didn’t have our wife’s help seeing our failures and sins?