The Hezekiah Option(1): a strategy for Christians in a post-Christian nation 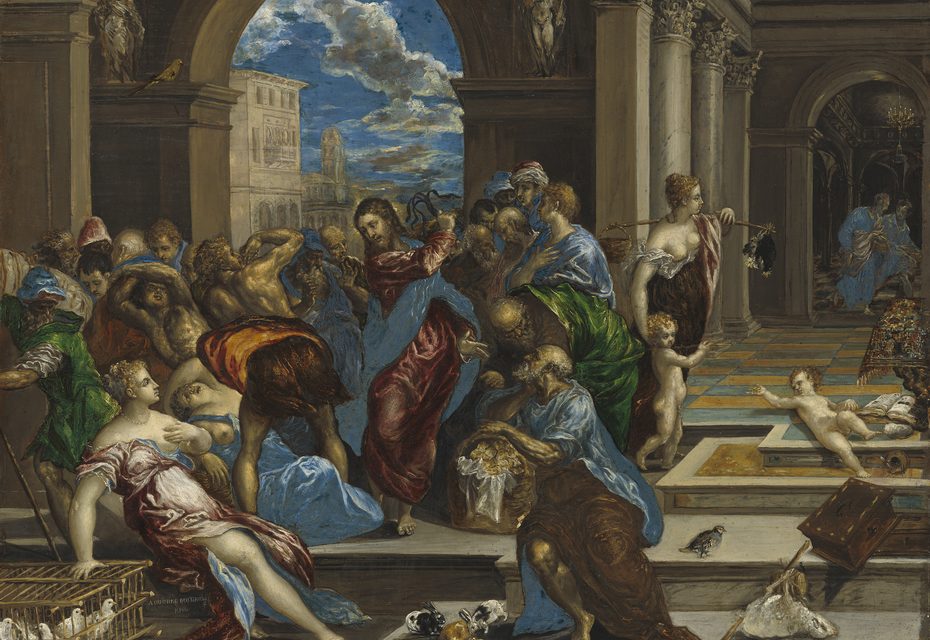 A Christian writer put out a book a couple years ago titled The Benedict Option. It got the attention of many Serious People who preen themselves on being Deep Thinkers able to protect the Church’s reputation from the stupidity of her commoners.

Modelled on one or two pieces of the rule of Benedict which gave much of the Medieval period its monastic structure, The Benedict Option called for Christians to retire from the battle into semi-monastic lifestyles.

Being young and inexperienced, most of those who thought this brilliant missed that it was really only a recrudescence of the gargantuan sixties fad among post-hippy, Clarence Jordan-wannabe Christians who formed what were called “intentional Christian communities.” Semi-chaste, semi-socialistic, semi-familial, semi-ecclesiastical, and rarely in any way peaceful, these communities had a habit of breaking apart on the rocks of the reality of sin and their inability to discipline it.

Never a fan of these communities, for years Mary Lee and I knew people in them and watched each community spin off perpetual disillusionment. Had they read Bonhoeffer’s Life Together, they would have known this would be their inevitable end.

As for the more recent version of these communities using the moniker “Benedict option,” it’s main difference from these communities of the sixties and seventies is the intellectual pretension of those thinking it worthy of discussion.

But really, Christians retiring from the battle while covering their retreat with high minded justifications and historical allusions?

Last I checked, we already had the Amish and Inter-Varsity and Union Theological Seminary and Calvin College and Wheaton and the Hutterites. Also the Two-Kingdom chatterboxes.

Who needs another style or community of Christian retreat populated by the superannuated who have retired from the battle?

Rather, I propose “The Hezekiah Option: A Strategy for Christians in a Post-Christian Nation.”

Almost a century ago, the faithful warrior of Christ, J. Gresham Machen, observed that America was living on borrowed Christian capital. He added that when the capital ran out, things would go bad.

No shock to any of us today. We have watched the capital running out, and to our shame there have been times when we have even cheered it on—the running out, that is. Women’s cleavage. The repeal of sodomy laws. The passage of no-fault divorce laws in the civil realm was a great relief to us as our church sessions followed suit. Moral judgments between two church members are so difficult. Who are we to judge?

The almost-complete privacy of pornography kept us from having to risk discovery inside musty theaters or down at the corner newsstand. But maybe the greatest relief has been the explosion of capital that has allowed middle class Christians to deny we are the filthiest rich of history, so no need to examine ourselves concerning the idolatry of greed being surrounded as we are by people as snug and cosseted, financially, as we are.

Overall though, I think we’re not entirely content with the decline, particularly as it places our livelihoods in jeopardy outside and inside the church. If, that is, we continue to believe and confess the historic Christian faith.

On the other hand, what if we could find a way to continue to enjoy our reputation as a Christian in these dark and darker days? What if we could continue to say we’re confessional? To claim the highest view of Scripture, the deepest commitment to God’s sovereignty and providence, the highest principles of the necessity of the church’s unique calling to preach the Word; and all the while trim away the edge of the coin in such small increments that no one knew all our verbiage was just a show put on to hide our retreat in the face of hostile fire?

This we can call the Hezekiah Option:

Then Isaiah said to Hezekiah, “Hear the word of the LORD. ‘Behold, the days are coming when all that is in your house, and all that your fathers have laid up in store to this day will be carried to Babylon; nothing shall be left,’ says the LORD. ‘Some of your sons who shall issue from you, whom you will beget, will be taken away; and they will become officials in the palace of the king of Babylon.’”

This is us. We trim and trim and trim God’s truth. We’ve been trimming for a number of decades, now. Who could have predicted the Reformed church embracing effeminacy and the mainstreaming of gay friendships even thirty years ago? I know my father would have found it incomprehensible and taken a whip to it, overthrowing publishers’ exhibit halls and banquets if not Sunday morning worship. Certainly he would have chased Al Mohler and Russ Moore back into their Louisville ghetto they emerged from with national aspirations.

But I’m thinking of Dad emerging from thirty-five years ago into our churches, publishers, colleges, seminaries, and conferences today without thirty years of trimming God’s truth to acclimate him to our apostasy.

Look, if he teaches us nothing else, King Hezekiah should teach us a man can be king of the hill, very rich, with his wonderful reputation for Godliness remaining intact as he sells off the kingdom of God including even his own sons and grandsons—all for the sake of a few years of peace in his own time. Having been told by God’s prophet that all the treasures amassed by the Church’s fathers—what Machen referred to as our inherited “spiritual capital”—was about to be taken into Babylonian captivity as God’s punishment for the sins of His covenant people, we too have responded, “at least there will peace and some crumbling relics of truth in my own time.”

This Hezekiah Option is on full display in our conferences, seminaries, commissions, and churches today. Our fearful and cowering leaders retreat and retreat and retreat and retreat on issue after issue, hoping—praying, even—that they won’t get found out. They’re banking on these trimmings and retreats not actually resulting in the Babylonian captivity until they have passed on to the future state they are sure, despite their refusal to deny themselves and take up their crosses, will be eternal beds of peace and ease and joy. Endless grace.

Mohler says the sodomitic orientation is a real deal. His protege Moore says reparative therapy is bad. Their best-bud MacArthur says he has no authority—no pastor has any authority. Tim Keller says we choose Hell for ourselves and God didn’t create the heavens and the earth from nothing. He places women in his session meetings and in his worship leadership serving the Lord’s supper to the congregation. Lig Duncan cozies up to Tim. Covenant seminary serves as the seedbed of Revoice and allows profs to teach that complementarianism is “abusive” of women, to call for the repeal of our nation’s sodomy laws, and to claim Adam could have come from an early tribe of hominids. Wheaton refuses to say “no” to abortion and promotes the most rank feminism. Shall I list more or have readers been Bereans and kept up with these awful corruptions of Scripture, mourning and exposing them in their own families and churches?

We don’t need any more King Hezekiahs. What we need is just one King Josiah.

All of us need to confess that we are Hezekiah. We hate conflict. We steer clear of exercising authority. We don’t want to have to quote Scripture knowing the sophisticated ones will diss us for “prooftexting.” We weep and wail when women and girls mock us on FB. We act as if we don’t see Hezekiah’s cowardice, Jezebel’s rebellions, Simon’s simony, John Mark’s abandonment of the Apostle Paul, and all the other shameful things that have taken root and are growing in our churches.

Shame on us for being ashamed of Jesus and His words. Let us pray that God, the Father Almighty, will  send a Josiah among us who will tear down our high places and lead us to worship the Only True God Who is high and lifted up, and Whose train fills the temple.

Otherwise, like Cotton Mather and his fellow New England pastors, the corruption of our halfway covenants will lead our lambs into captivity and we will have no one to blame but ourselves.