He who drives fat oxen must himself be fat… 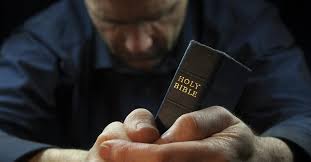 (Christian Retailing reports that total sales of Left Behind books and related products have now exceeded $1,000,000,000. And while the series itself has come to an end with the issuing of the final volume this past year titled, Glorious Appearing, Jenkins and LaHaye are far from washed up. Jenkins just cut a deal with Tyndale House Publishers worth a reported eight figures—yes, sports fans, that’s somewhere between ten and ninety-nine million dollars. Meanwhile, LaHaye went the secular route and got Bantam Dell to ante up the “widely reported” sum of $45,000,000 for his next four books.)

When I was child attending Wheaton Christian Grammar School in Wheaton, Illinois, a monstrous dormitory was built on property adjacent to our school. At the time evangelicalism was still lower middle class and humble, as was Wheaton College, its finishing school. But the new dormitory was a harbinger of things to come.

Like nothing else on Wheaton’s campus, the new Fischer Dorm had clean lines and gleamed, top to bottom. Its entryways were regal; its basement canteen was filled with the latest vending machines and ping pong tables; the lounges were appointed with modern furniture and wall-to-wall carpeting. But the coup de grace was the private bathroom shared by each suite of two rooms.

Nowadays, Fischer Dorm might not seem as strikingly luxurious as it did back in 1965, but still today the dorms my children have lived in at the three schools they’ve attended—Taylor, Vanderbilt, and IU—haven’t held a candle to Fischer. (And let’s not even mention the dorm my son-in-law, “Archie” Ummel, lived in at Taylor–the old and much loved Sammy Morris Hall, torn down in 1998 to make way for something better.)

When Fischer Dorm was completed, the community was invited to an open house. Being alumni, my mother and father noted the change this new dorm indicated in Wheaton’s culture and I remember Dad making this comment to his fellow Wheaton alumni: “They ought to hang a sign over the dorm’s front doors with the Scripture reference, 2Timothy 2:3 “…endure hardship as a good soldier of Jesus Christ.”

I was reminded of Dad’s comment this past week while reading of the battle raging among the alumni and parents of the elite Episcopal boarding school in New Hampshire, St. Paul’s School. The school’s graduates include Senator John Kerry and FBI director, Robert S. Mueller III, so it’s clear the school exists to serve blue-bloods.

The fracas is over, among other things, the salary and benefits of…

…St. Paul’s rector, Bishop Craig B. Anderson. In the fiscal year ending June 2003, Bishop Anderson pulled down a cool$527,000 in salary, deferred compensation, and expenses—an amount superior to the compensation package of the president of Harvard University.

After much controversy though, it pleases me to be able to report that the board of St. Paul’s has agreed to cap Bishop Anderson’s salary at a much-more-reasonable $452,000 per year. Of course, this salary cap doesn’t include renovations to Bishop Anderson’s on-campus house. Shortly before he moved in, the rectory had been renovated to the tune of $700,000. But apparently those renovations weren’t commodious enough because since then Bishop Anderson has spent $500,000 on additional renovations. For instance, the rectory’s Corian counters were torn out and replaced with marble.

Here’s a proposal. Every religious institution in the United States (churches, publishing companies, mission agencies, denominational headquarters, etc.) should voluntarily publish on a national web site each year the salaries and other significant perks of all its employees, the royalties paid to all its authors and musicians. The site’s address should be prominently displayed at the front of each institution’s annual report.

To be specific, what does Bill Hybels make a year, and has his congregation purchased a private jet for his convenience? How much in royalties have Jerry Jenkins and Tim LaHaye received for the 65,000,000 books they’ve sold in their Left Behind series? What are the salaries of the presidents of Wheaton College, Taylor University, Gordon College, Westmont College, , Moody Bible Institute, Columbia International University, Trinity Evangelical Divinity School, etc.? What is the combined salary and royalty income of men such as Gary Burge, Don Carson, John Piper, Nathan Hatch, Daryl Hart, Doug Wilson, and Wayne Grudem? How much is Chuck Colson paid by Prison Fellowship, and what are his speaking fees? What about Franklin Graham and Dennis Rainey? What does Nancy Pearcy get for co-authoring a book with Colson? What do churches like Lake Avenue Congregational, Hollywood Presbyterian, Tenth Presbyterian, Moody Memorial, and Elmbrook pay their pastors? And what about our CCM stars–what are their royalties and how much do they make from their concert tours?

You get the idea—a little accountability for the servants of Christ. I’m pleased the congregations I’ve served have made it a habit each year to print every pastor’s salary in our annual reports. So this past year Church of the Good Shepherd’s annual report recorded her loving support of her senior pastor in the amount of $62,000 per year (which figure includes the housing allowance).

Recognizing how easy it is to justify a high standard of living by pointing to the higher standard of living of one’s congregation, I’ve loved Samuel Johnson’s exclamation, “It might as well be ‘He who drives fat oxen must himself be fat.'”