When your child dies 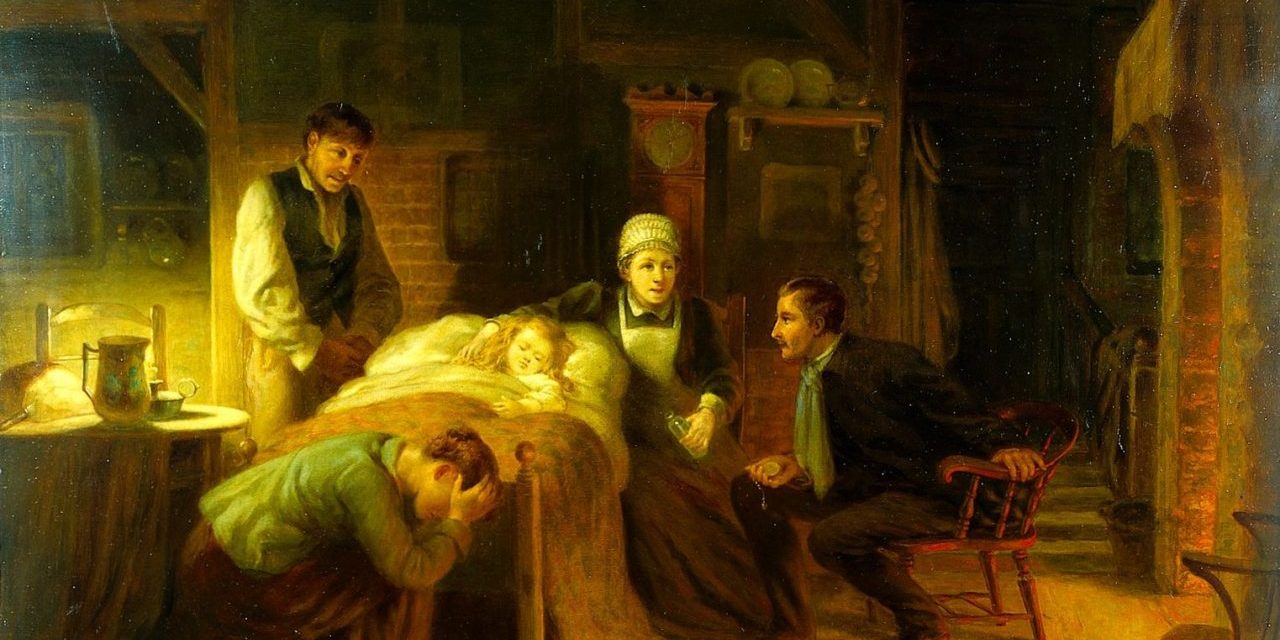 Here is an account by Dad Bayly of a conversation he had with the mother of a young boy dying of leukemia. They were in a doctor’s waiting room. The mother’s little one was still living. Dad’s little one had just died. He was my almost-twin brother, Danny. You might remember him from Daddy Tried where I recounted the awful pain our family suffered after his death.

Dad and Mom used to say they were never more certain of God’s love than when they walked away from the fresh grave of one of their children. As they raised their family, God took three of their sons. This was the first:

What is death? A few years ago I was waiting to see Dr. Irving Wolman, hematologist at Philadelphia Children’s Hospital. The day before, we had buried our almost-five-year-old, who had died of leukemia. Now I was waiting to thank the man who had been so kind to our little boy and to us during the nine months between diagnosis and death.

Dr. Wolman’s secretary beckoned to me. When I approached her desk, she did not tell me, as I expected, that the doctor would now see me. Instead, she looked toward a little boy playing on the floor. In my preoccupation I had failed to notice any others in the waiting room.

“He has the same problem your little boy had.” The secretary spoke quietly.

I sat down next to the little boy’s mother. We were far enough away from him, and we talked softly enough that he could not hear us.

“It’s hard bringing him in here every two weeks for these tests, isn’t it.” I didn’t ask a question; I stated a fact. The uncertainty whether a child is still in remission; or the fearful cells will reappear under the microscope, makes the mind run wild.

“Hard?” She was silent for a moment. “I die every time. And now he’s beginning to sense that something’s wrong…” Her voice trailed off.

“It’s good to know, isn’t it,” I spoke slowly, choosing my words with unusual care, “that even though the medical outlook is hopeless, we can have hope for our children in such a situation. We can be sure that after our child dies, he’ll be completely removed from sickness and suffering and everything like that, and be completely well and happy.”

“If I could only believe that,” the woman replied. “But I don’t. When he dies, I’ll just have to cover him up with dirt and forget I ever had him.” She turned back to watching her little boy push a toy auto on the floor.

“I’m glad I don’t feel that way.” I didn’t want to say it, I wanted to leave her alone with her apprehension. I wanted to be alone with my grief. But I was compelled to speak—perhaps with the same compulsion I feel to write this book.

“Why?” This time she didn’t turn toward me, but kept watching her child.

“Because we covered our little boy up with dirt yesterday afternoon. I’m in here to thank Dr. Wolman for his kindness today.”

“You look like a rational person.” (I was glad she didn’t say, “I’m sorry.”). She was looking straight at me now. “How can you possibly believe that the death of a man, or a little boy, is any different from the death of an animal?”

I leave the account there with this mother’s despair. We do not grieve as others who have no hope. This is the reason we bury our little ones. We plant their bodies in the sure and certain hope of the resurrection.

This excerpt is from Dad’s book on death, The View from a Hearse: A Christian View of Death. If you haven’t read it, do so. I think it’s the finest thing he wrote. Almost thirty-five years after Dad’s own death, this little book just continues to month after month, year after year, to comfort Christians in their own death and the death of their loved ones.