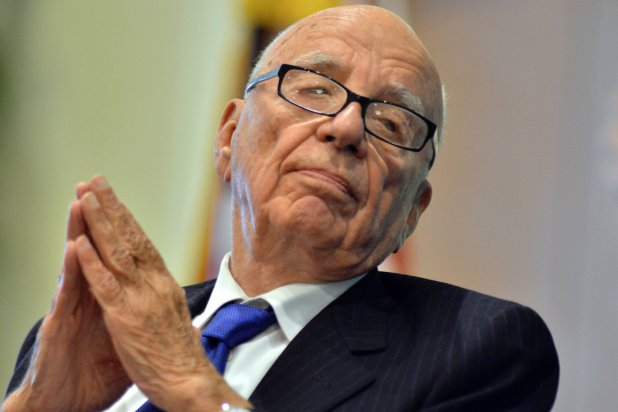 Today, Don Carson’s fellow countryperson,1 Tim Challies, issued a cri de coeur against Amazon’s takeover of the Christian publishing industry. Through the years, I’ve read pieces Tim has written and he can be depended upon to honor the Word of God at the gaps in the wall.

His piece, The Power Over Christian Publishing We’ve Given To Amazon, gets some things right. Challies points out Amazon’s growing monopoly over retail, a fact no one has missed. He laments the complicity of all of us in killing brick and mortar stores, and he’s right. He points out the hostility of our culture to Biblical sexuality.

Challies predicts Amazon will soon refuse to carry this or that Christian book. He’s dramatic in this prediction, beginning his piece:

A few days from now, or maybe a few months, or even a year, Amazon will pull a book from its site. One day it will be there available for purchase with all the rest, and the next it will be gone. One day people will be able to order it and have it shipped to their homes, and the next day it will have ceased to exist, at least as far as Amazon is concerned. This will inevitably be a book that Christians have embraced as orthodox but that the culture has rejected as heretical.

the day I’ve predicted cannot be far off.

Normally a prediction is somewhat of a surprise, but this one is banal. Millions have long seen this coming and every Christian author and publisher, legacy or otherwise, has been making plans accordingly. Doing business—any business—with Amazon had a certain Mephistophelean feel to it and no wise Christian does it easily.

Challies suggests a few authors he thinks may be the first Amazon pulls from their site:

Perhaps it will be Kevin DeYoung’s book or Denny Burk’s or one of Rosaria Butterfield’s or Christopher Yuan’s.

Perhaps so, but what is really noteworthy about Challies’s concerns is which authors Challies expresses concern for.

Kevin DeYoung is a celebrity pastor who holds membership in the best-known and most profitable parachurch association of Evangelicals, The Gospel Coalition. TGC regularly fills major venues in large metro areas of North America. Stunningly popular, they have promoted DeYoung and his books into the ranks of bestsellers. Check out these commendations DeYoung lists for his recent bestseller on homosexuality:

Don Carson: It would be difficult to better this book.

Russ Moore: Every Christian …should read this book.

Jim Greear: What a gift this book is to the church! …the book on this subject for our generation!

Wesley Hill: This book… is lucid but not simplistic, judicious but not obscure, and convicted but not shrill.

Beyond their recommendations of DeYoung’s books, what do these men and women have in common?

Like DeYoung himself, each of these men2 has built his name and reputation through the marketing departments of The Gospel Coalition and its most-favored Evangelical legacy publishers.

Most readers know that, from our youth, my wife and I have lived among and known Evangelical authors and publishers. Dad was Publisher at IVP during the publisher’s infancy and, when he died, he was CEO of David C. Cook/Cook Communications Ministries. Mary Lee’s Dad was Editorial Director at Moody and founded Tyndale House Publishers, the largest privately-held religious publisher. Both of our fathers also worked as editors and authors, so we know this religious-corporate complex.

That said, at this late date much of the publishing by Evangelical legacy publishers has come under the ownership of corporations every bit as toxic to Christianity as Amazon. Multnomah is owned by Germany’s megamonster media corporation, Bertelsman—also the owner of Tim Keller’s publisher, Dutton—and both Thomas Nelson and Zondervan are owned by Rupert Murdoch’s News Corp.

Should it concern us that a major portion of the books written by well-known Christian authors are now published by subsidiaries wholly-owned by Bertelsman and News Corp?

If, as Challies argues, we should be concerned that DeYoung’s books are distributed by Amazon, the answer is “yes.” Publishers decide which authors and books get published. Publishers pay these authors. Publishers edit for style, but also content. Publishers hold copyright on Christian books, but also Bibles. News Corp holds the copyright license on the New International Version. Back in the day of the neutered-Bible controversy, I was told by those in the know that Rupert Murdoch expressed his opinion concerning that controversy to the executives of Zondervan, his News Corp’s subsidiary. Should that concern us?

But Challies says nothing about Bertelsman or News Corp. He’s sounding the alarm over Amazon, but Amazon has none of the authority over Christian books and Bibles that Zondervan wields. Amazon merely sells and ships books.

Now then, allow me to speak personally as a pastor deep inside Christian publishing who shepherds repenting gays and lesbians and has co-authored a book on the pastoral care of these souls we love.

After the Supreme Court handed down its Obergefell decision, Gospel Coalition and its legacy Evangelical publishers decided that, to keep their place at the feasting table, they would have to change their tune. So they did. Then they called their followers to change their tune and the tune of their churches, also. Throwing out sexual modesty and sexual perversion’s shame, these men and their powerful corporations decided to sell the Church on the idea that all that’s needed for the sheep to perceive them as faithful on sexuality today is for Christian celebrities to oppose sodomitic intercourse and gay marriage. Trot out those two “firm” principles and here is the new sweet spot heavily promoted by The Gospel Coalition and its corporate sponsors. (We have documented their LGBTQ compromises in our non-legacy publisher, Warhorn Media’s, book, The Grace of Shame.)

Instead, Challies sounds the alarm over Amazon.

The real monopoly that threatens the Church’s understanding and obedience of the Biblical doctrine of sexuality is not Amazon, but The Gospel Coalition and its in-house legacy publishers, Crossway, Thomas Nelson, and Zondervan. It has long been so and both Challies and DeYoung carefully avoid exposing and warning against these corporations’ compromises of Biblical sexuality.

Truth be told, one of the better things that happened to the Church in the past thirty years was the internet allowing small publishers such as Canon Press (and more recently Warhorn Media) to go into print without needing to please the acquisitions editors of these legacy publishers who have become the purveyors of so many halfway covenants. Gutenberg and the explosion of printing presses across medieval Europe levelled the playing field for the Reformers who spit out pamphlets exposing the heresies of the Roman Catholic Church, starting with its soul-destroying sale of plenary indulgences. The church must never stop reforming and legacy institutions and corporations will never lead that reform.

So we thank God for Amazon. The time will come when Amazon pulls our books, but it’s too late. Doug Wilson has broken the monopoly and that’s the real explanation of the hatred he has always suffered from the Sanhedrin. When Evangelical blowhards stopped preaching and teaching and authoring and publishing books on male leadership and authority, he stood athwart the walls of St. Louis, Atlanta, and Wheaton yelling “Stop!” The rest is history. Some will claim they oppose him because of paedocommunion and federal vision, but he’s separated himself from the second and we hope he’ll at least modify the first, also.

Meanwhile, he has his own legacy now, starting with the trivium, moving on to Reforming Marriage and Future Men and Why Children Matter and…

But then, no need to list them when you can go to his author page and see and buy the books yourself. Do it now.

Long live the upstart publishers defending the gaps in the wall created by The Gospel Coaltion and their publisher, Rupert Murdoch (as it were).