Loyalty: who is our mother and sister and brother 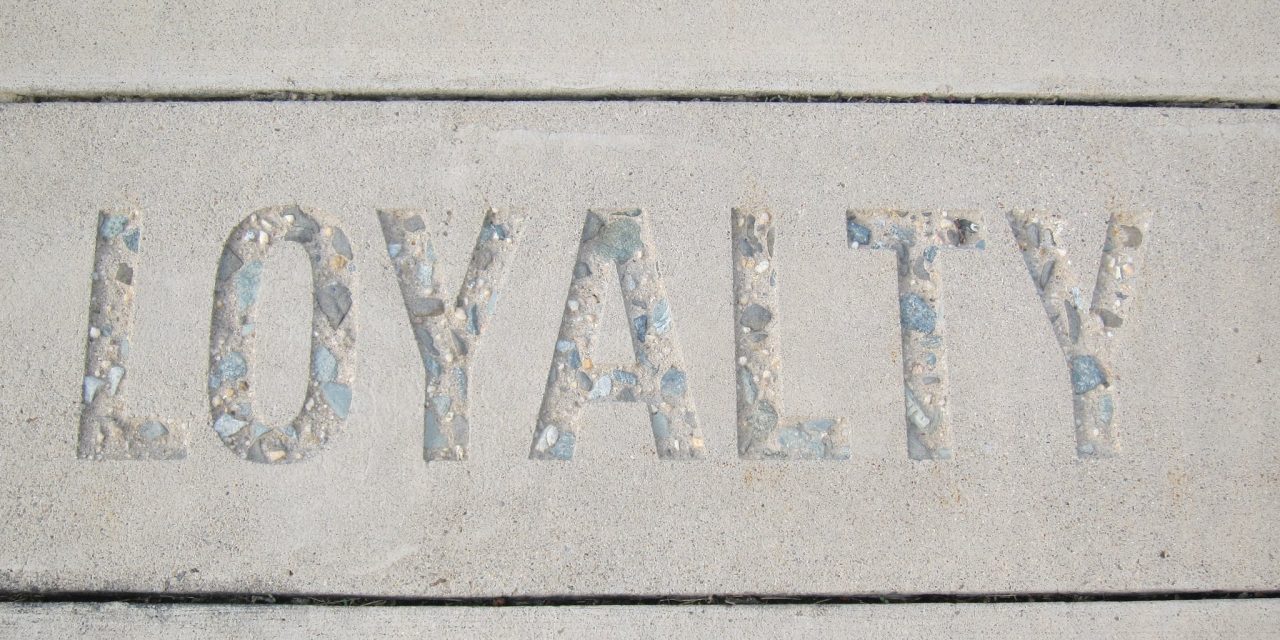 Jesus had been busy working with the souls pressing around Him inside a house when it was reported to Him His mother and brothers were outside and wanted to see Him. He responded:

But Jesus answered the one who was telling Him and said, “Who is My mother and who are My brothers? And stretching out His hand toward His disciples, He said, “Behold My mother and My brothers! For whoever does the will of My Father who is in heaven, he is My brother and sister and mother.” (Matthew 12:48-50)

This one statement alone obliterates the Roman Catholic cult of Mary, but Protestants also have a hard time seeing the scandal of Jesus’ response.

Even as our Lord asked this question, there His mother was, outside waiting for Him—with His brothers. Jesus knew this, and those telling Him His mother and brothers were outside knew this, too.

What kind of man despises his mother like this, and does it publicly? What was His point?

Much of a pastor’s work involves parsing family ties—in his own heart, but also the hearts of his sheep. The pastor must not allow any family to trump the Family of God whose Head is Jesus Christ. God is jealous and He has no children who are not obedient to His commands. Jesus warns us:

If anyone comes to Me, and does not hate his own father and mother and wife and children and brothers and sisters, yes, and even his own life, he cannot be My disciple. (Luke 14:26)

Family ties are a blessing from God, starting with the union of husband and wife in which the two become one, then three with the birth of their child, the fruit of their love. Church ties are even more of a blessing when believers adopted by God are baptized into the Household of Faith and receive from this Mother every spiritual need including food, fellowship, discipline, instruction, forgiveness, and tender love.

Yet our adoption as sons of God is an even greater blessing and the bonds of this blessing must always trump the bonds of the blessings of home and church families. Again, much of the work of the pastor is relegating these bonds to a place subordinate to his and his flock’s fealty to our Heavenly Father.

Let’s consider a couple pastoral applications of this truth.

First, think of marriage. A lot of pastoral work surrounds this basic unit of society and here we must be careful to maintain the pride of position demanded by our Heavenly Father.

Take, for instance, our pastoral care for couples who have a spouse looking at naked flesh on the computer. It is not uncommon for the battle to be escalated to the point where elders begin to work with a husband towards his repenting of this violation of his marriage vows. It is also not uncommon, after a time, for that husband to weary of the battle and grow ever worse in his unfaithfulness to his bride to whom he vowed faithfulness.

At such times, after much pleading and warning in their care for this husband, the elders may have to escalate their care to the point where they tell the man they are going to initiate formal discipline. Oftentimes, such a husband will tell his wife and children he doesn’t like the church’s leadership anymore and he wants them all to go to another church. How should the elders respond? How should the pastor respond?

Of course they should plead with this husband and father. But what if even those pleas prove fruitless?

In most such cases, there will come a time when the elders and pastor will have to explain to the wife the significance of choosing to follow her husband in his rebellion in his life, her own, her children’s, and the church and watching community. No good will come of it.

What are the risks of elders and pastors providing this faithful counsel?

It would be predictable for such a husband to demand his wife and children submit to him and leave with him. For him to remind them he is the head of the home and they are called by God to submit to him.

But submit to his rebellion against the discipline of those very shepherds God commands him to submit to for they keep watch over his soul as men who must give an account?

No. Now is the time for the shepherds to help the family of man choose submission to the Family of God whose Head is Christ. Scandalous, yes. But Biblical?

The father is certain to be furious and make all kinds of threats. He will violate his membership vows and find another church where he will proceed to slander his true shepherds, telling the new pastor and his elders that the elders of his former church are trying to get his wife to divorce him and divide his family. But this is a lie.

Similar situations occur when a father is discovered to be committing adultery and he refuses to repent and give up his adulterous relationship. Again, after much firm and tender pastoral care by his elders and pastor, the man may well tell his family he is taking them to another church. Sadly, it’s not uncommon for the wife to decide to follow him even while knowing her husband is continuing in the adultery and fleeing discipline for that adultery. Just as mothers often refuse to expose their husband’s sexual abuse of their children because she fears the loss of status and income her husband provides, so wives often choose to overlook adultery and live a lie alongside their husband. Tragic, but true.

In such cases it is required of elders and pastors that we call the wife to remain faithful to honoring the marriage covenant by separating from her husband. Porneia can be repented of and forgiven, but porneia often is not repented of. When this is the choice of the husband, the elders and pastors should help his wife to choose God over her adulterous husband.

The Word of God warns us:

Marriage is to be held in honor among all, and the marriage bed is to be undefiled; for fornicators and adulterers God will judge. (Hebrews 13:4)

The marriage bed is not held in honor among us when the Christian wife welcomes her self-proclaimed Christian and adulterous husband into her bed. Again, the wife must choose the Household of Faith over her own marriage and household. The honor of Christ demands it.

There are a multitude of applications of these truths to marriage and family life, but for now meditate on the examples just above and think about how important it is to the wives and children involved, as well as how important it is to the church and watching world. Elders and pastors should not stand by, allowing the unrepentant husband and father to lead those under his authority to follow him in his rebellion against God and His servants.

Second, think of pastors who are members of a denomination. The security a pastor is provided by his denominational ties is extensive, ranging from the denomination’s pension fund, to loans for new church buildings, to seminary training, to a network of churches where he may send his dossier when he’s ready to move on to another call, to regular fellowship with other pastors in his denomination, to positions within the denominational apparatus through which his reputation among colleagues may grow. Thus pastors have many reasons to choose their denomination over faithfulness to God and His Word. All of us who are pastors should take careful note of those reasons as we examine our motives in the midst of denominational conflict.

When immorality and heresy infiltrate a denomination, as they always do—often through the influence of the denomination’s seminary—the pastor has a decision to make: either he will stand in the gap and expose the false practices and doctrines, or he will be silent and do his best to hide those errors from his elders and congregation so the sheep aren’t scandalized, and therefore won’t call for accountability.

Why would he choose silence? Why would he hide the sin of the denomination from his people?

Because he loves the security and esteem his own personal connection to his denominational family provides more than he loves God and the wellbeing of the flock he serves as undershepherd.

So, similar to the adulterous or abusive husband, the pastor will call his elders to overlook their denomination’s sin. Or, more commonly, he will tell his elders (and any sheep who might be alarmed) that the controversy is caused by evil men who are seeking to divide the church by slandering their wonderful seminary/presbytery/denomination.

Whether in the politics of marriage or the politics of the church, unfaithful men speak dismissively of unfaithfulness. It’s their very nature to do so. This allows them to keep their own freedom to violate God’s law while continuing to enjoy the blessing of membership in the family.

But such rebellion against God must not be tolerated. It dishonors God and harms His sheep. It is choosing to love mother, husband, and denomination, and to hate God.

Throughout life the Christian is called to take up His cross and follow Jesus by choosing Him over security, comfort, and family love.

Who is our mother?

Whoever does the will of our Father Who is in heaven, he is our brother and sister and mother.