Breaking down Moderator Donahoe’s appointments to the Revoice study committee 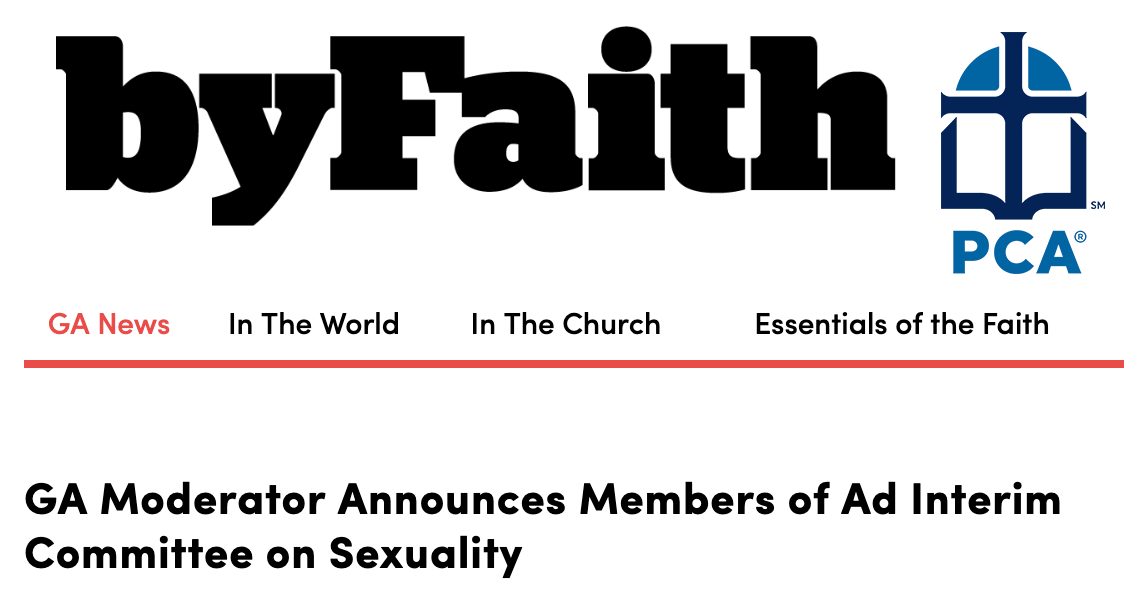 A few days ago, Ruling Elder Howie Donahoe, moderator of the 47th PCA GA, announced his appointments to the Ad Interim Study Committee on Sexuality. Seven men are on the committee, some well-known and some otherwise. Here’s a breakdown of the men and their commitments: 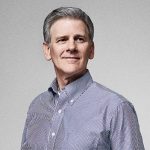 Bryan presided over the decline of Covenant Theological Seminary—a decline which was particularly noteworthy in their counsel of retreat from any gap in the wall of the Church’s need to fulfill her calling as the pillar and foundation of the truth. Both of your scribes warned Chapell of this decline through the years—one as a student at Covenant (Dionne, who just prior to matriculation at CTS had finished his doctorate at Indiana University) and the other as a fellow PCA teaching elder. Our appeals were made directly to Bryan. We communicated our concerns to him starting over two decades ago. They were by letter and by email. The appeals ended a few years ago after a four-and-a-half hour meeting with Bryan one-on-one in a Starbucks.

Heedless of others’ concerns, Bryan defended and retained professors such as the soft feminist Jerram Barrs and crusader for the repeal of all sodomy laws, David Jones. In many respects current CTS President Mark Dalbey inherited an institution which, as a result of Bryan’s long tenure, was already given over to Revoice and similar compromises of Biblical sexuality. 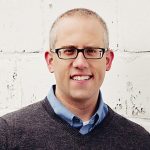 If a Gospel Coalition man can disassociate himself from his fellow celebrities’ longtime promotion of spiritual friendship/gay Christian/”Godliness is not heterosexuality”/LivingOUT/homosexual orientation/anti-reparative therapy/sexual minority Revoice party line, Kevin is about the only hope for the minority report it’s clear will be needed. He’s written on homosexuality for Crossway but his work failed to expose the errors that gave birth to Revoice that were percolating among his fellow Gospel Coalition celebrities. He’s the committee member appointed as a representative not only for Gospel Coalition, but also the PCA’s own tall-steeple, old money Gospel Reformation Network led by Lig Duncan. It was these men who waved the white flag making peace with Scott Sauls and other pro-malakoi PCAers. That DeYoung’s Gospel Coalition promotes the work of Ed Shaw who declared “Godliness is Not Heterosexuality” does not bode well for a strong minority report, yet he’s the best hope. 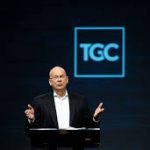 Tim Keller, Vice-President and Co-Founder of the Gospel Coalition, is renowned for his suave technique of not speaking clearly about homosexuality. As Revoice’s bifurcation of homosexual actions and homosexual identity continues, Keller is a good match for the defense of this error. The astute observation of an attorney after a decade attending Keller’s Redeemer in Manhattan should be kept in mind: “All the sins Tim Keller preaches against are psychological. He has no doctrine of God.” 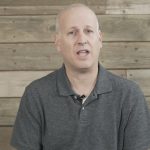 Jim Weidenaar is Director of the Greater Pittsburgh Region of Harvest USA, a ministry whose stated mission is to bring “the truth and mercy of Jesus Christ by helping individuals and families affected by sexual struggles and by providing resources that address biblical sexuality to individuals and churches.” Started while ex-gay ministries such as the now shuttered Exodus International were still active, Harvest has styled itself as a more Biblical and more Reformed alternative. Jim Geiger, current President of Harvest, attended Revoice and had “thoughts” about it, essentially concluding that ongoing dialogue with Revoicers about difficult topics was the need of the day. If Jim Weidenaar follows his organizations’ lead, he’ll be another voice on the committee willing to assure the gay celibate Christian movement a place at the table. 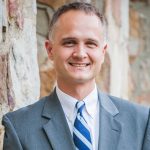 Derek Halvorson is President of the PCA’s Covenant College. In response to government pressure to affirm homosexuality and transgenderism via the feds Title IX restrictions on those in receipt of federal funds, Halvorson requested an exemption for his institution from the US Department of Education. Referenced in the request is Covenant College’s “Statement on Sexual Identity and Conduct.” Here’s that statement in its entirety:

Statement on Sexual Identity and Conduct

The position of Covenant College on sexual identity and conduct is in full accord with the Scriptures of the Old and New Testament, the Westminster Standards and the Presbyterian Church in America.

The creation of human beings was a special creative act of God. Adam and Eve, both made in the image of God, belong to the created order that God himself declared to be very good. Men and women enjoy equal access to God by faith in Christ Jesus and are both called to move beyond passive self-indulgence to significant private and public engagement in family, church, and civic life. God created human beings, male and female, in His own image and thus they are unique with respect to all other life in the created order. Although gender involves culturally and historically derived rules and roles, biological sex is not a cultural construct, nor a matter of self-identification, but a divine gift assigned by the Creator at conception. This physiological ordering of creation is to be honored and reflected in sexual intimacy.

Adam and Eve were made to complement each other in a one-flesh union (Gen. 2:24-25; Matt. 19:4-6). This creation ordinance establishes marriage between one man and one woman as the only proper context for all sexual relations. The New Testament makes clear that this relationship ultimately serves as a picture of the union between Christ and his Church. Although sin has distorted our affections, attractions, and impulses, we are still responsible as created beings and as those united with Christ by faith for our actions and thoughts. As such, students are to live in accordance with the birth sex gifted them by their Creator. Actions taken toward adopting a different biological sex (Gen. 1:27), sexual immorality (I Cor. 6:18, 1 Tim 1:8-11), adultery (Exodus 20:14), homosexual practice (Romans 1:26-27), and all other sexual relations (1 Cor. 6:9-10) outside the bounds of marriage between a man and woman are inconsistent with the teaching of Scripture and will result in disciplinary follow-up by the College. Student Development staff and other community members invite students to talk to them about any questions they have regarding sexual identity and appropriate Biblical behavior.

All students, regardless of their sexual desires, sexual attractions, or sexual identity should be treated with dignity, grace, and holy love as image bearers even as they are encouraged towards a biblically faithful lifestyle which includes a call to the difficult, but God-honoring pursuit of celibacy for those not in a monogamous marriage between one man and one woman. Students who share that they are attracted to members of the same sex or are experiencing transgender desires will not be disciplined by the college and should feel safe in talking with members of the community. Any slanderous or otherwise abusive behavior by any member of the community towards another person will necessitate a disciplinary meeting to discuss biblical behavior.

The statement is fine until near the end where a sharp distinction between actions and desires is asserted. Until we teach that Scripture nowhere commends celibacy for anyone without the gift of singleness, we will be saddled with Revoice’s unbiblical distinction between actions and desires. Covenant College’s policy makes it likely Halvorson will not denounce the Revoice project, instead embracing it as a middle way of affirming homosexual identity and desires while not supporting homosexual acts and marriage. 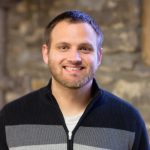 Kyle Keating is the most firmly entrenched advocate for Revoice on this Ad Interim Study Committee. A contributor and designer for Wesley Hill and Ron Belgau’s Spiritual Friendship Blog, Keating praised the 2018 Revoice conference: “Only the Spirit could empower so many to remain in traditions where they have been so grievously wounded by those who were supposed to be the shepherds protecting them.” 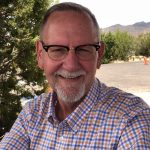 Jim Pocta is a Christian counselor in Texas. An article from 1986 identifies him as a repentant sodomite and transgender who married and fathered children. For some time he ran an ex-gay ministry called AIM, Alternative Identification Ministry. Even back in 1986 (after his conversion), he opposed legislation against sodomy. From the article:

He freely expresses disgust and anger toward legislation that would outlaw homosexuality and toward anti-gay groups such as Dallas Doctors Against AIDS and Alert Citizens of Texas. His opinions on the genesis of homosexuality and his belief that a person can change his or her sexual orientation are provocative fodder added to a debate already raging in Christian circles.

Likely Pocta’s views have changed as the movement to criminalize sexual orientation therapy has gained strength outside and inside the Church. Pocta’s presence on the Ad Interim Study Committee should be key. He’ll have much influence over the other members of the committee because of his personal faith-journey. If he condemns Revoice and other halfway measures promoted by his fellow committee members in response to LGBTQ “sexual minorities,” he’ll be God’s man on the Committee. If he joins them in supporting Revoice’s division between body and soul, desires and actions, he’ll be a member of the predictable majority. We hope Pocta will use his own repentance turning from homosexuality to marriage as an example of obedience to Christ’s command that if a man burns he must marry. We also hope Pocta serves as a constant reminder of God’s condemnation of the effeminacy of soft men (malakoi) that serves as the ideological and aesthetic foundation of everything Revoicers say and do.

You’ll find links to a series of lectures on sexuality by Pocta here. From accusing the evangelical church and the PCA of not loving the LGBTQ community to espousing the use of preferred pronouns, listeners have good reason to fear Pocta’s contributions to the committee will be in opposition to Scripture’s doctrine of sexuality and our confessional Westminster Standards.

To conclude, here are a few predictions we take to be fairly obvious. The PCA Ad Interim Study Committee on Sexuality will take several years, perhaps even three, before they present one highly nuanced report mostly reworking the equivocations and errors of the endless pages of papers presented to the denomination by Missouri Presbytery over the past two decades, while avoiding some of their more egregious errors (such as avoiding any mention of our Westminster Standards exposition of the Seventh Commandment).

The Side-B gay Christian movement will be established by the Committee’s report and the vote of General Assembly as the new sexual ethic of the PCA.