NOTE: Missouri Presbytery (PCA) is the ecclesiastical authority over Pastor Greg Johnson and the elders of Memorial Presbyterian Church. Pastor Johnson and Memorial hosted the first Revoice 18 conference one year ago in St. Louis. The second Revoice (19) will soon be held, once again in St. Louis.

Responding to national pressure from inside and outside their denomination, Missouri Presbytery put together an investigatory committee and just issued their Report. This is fourth in a series of close readings. For all Warhorn articles on Missouri Presbytery’s Revoice Report, see here. Report text is indented. We pick up where we left off last time.

NOTE: Unless otherwise indicated, all footnotes are from Missouri Presbytery’s Report.

The criticisms we offer here to Revoice and Memorial are intended as the wounds of friends (Proverbs 27:6), and the recommendations as encouraging counsel to our brothers and sisters. The committee shares some of the fears of critics regarding several theological views that seem to us to underlie the Revoice project, as well as the ethos of the conference itself. We hope that as a nascent community Revoice will grow in its maturity and theological balance over time and continue the process of defining and refining its teaching as it seems to have begun with its recent statement of faith and statement on sexual ethics and Christian obedience.

It is good to hear MIssouri Presbytery state their solidarity with some of the fears of Revoice’s critics. We take them at their word.

But then they refer to Revoice as a “nascent community,” expressing hope for its future. Sound fine?

Well then, imagine a nascent community of pedophiles. Pedophilia is what holds them together. Pedophilia is why they come together for a conference. Covenant Theological Seminary has a number of celibate pedophiles who got the MDiv and are now working in her denominational churches. They promise not to touch.

We believe that the leaders of Revoice are our brothers and sisters with whom we share the bond of fellowship as those yoked together with Christ. We believe that Memorial’s pastors and elders are our dear brothers who are seeking to care for and disciple the many wounded same-sex- attracted believers in their midst. Whatever our criticisms and their mistakes, we pray that the bond that unites us in Christ might remain strong.

This begs the question whether Revoice is a Christian or pagan movement. If the doctrine and morals of Revoice destroy souls, Missouri Presbytery’s declaration of Christian brotherhood is itself sinful.

A Word on the Challenge Before Us

This is the dilemma and challenge before us as Christians: a spectrum of possible errors whereby we might fall off either side of the ancient path (Jeremiah 6:16) of Christian orthodoxy by seeking refuge in one or the other extreme: either accommodating the Word of God to the World in a spirit of cowardice and unbelief, or alienating the World from the Word of God in a spirit of fear and contentiousness. It is sobering to contemplate that both extremes feed off of a hermeneutic, a strategy, of suspicion, an unwillingness to recognize that I may need my theological “opponent” to help me see the part of truth that he sees and I don’t, and vice versa.

Here again we see Missouri Presbytery’s declaration of moral equivalence between Revoicers and their critics.

In this work of investigation our committee has tried so very hard to avoid veering off the path into either ditch. We tried hard neither to approach Revoice 18 and the Session of Memorial Presbyterian Church, one of our dear sister churches, with a strategy of suspicion, nor to approach with a strategy of suspicion those who have challenged the teaching of Revoice and the actions of Memorial. God will judge just how successful we were or were not.

Those criticizing Revoice’s promotion of sodomitic desires and effeminacy are in a “ditch” which the members of Missouri Presbytery are trying “so very hard” to avoid. This “investigation” has been conducted without any “suspicions” of betrayal of the Lord and His Word on the part of either side.

This leaves readers wondering what Missouri Presbytery was investigating if they began their work by committing themselves to avoid all suspicions?

We believe there is a great need for a study-and-consensus-building committee at the denominational level to address these challenges. While there will always be some differences in how churches within our denomination seek to provide pastoral care to same-sex- attracted people and reach out to the secular LGBT community, a common consensus on core theological issues could create confidence in a shared biblical and theological foundation for our various missional and pastoral approaches. To us, this seems the clearest path forward to denominational unity.

Note carefully that Missouri Presbytery’s goal for its own work and the coming work of their denomination is “study-and-consensus-building.” Today, this is our way of avoiding the hard work of guarding the good deposit. Assume only the best of motives on the part of opponents, then work to get them together and agree on a statement that avoids taking a position concerning anything about which they disagree. A statement that blurs everything real good so that everyone knows the whole thing was much ado about nothing.

But across the millennia, is this how any controversy in Scripture or church history was addressed? Was the Apostle Paul primarily concerned (as Missouri Presbytery seems to be) that there be no winners or losers? Was this the way the Council of Jerusalem responded to the Judaizing controversy? Are heresy and anathemas beneath us today? Is it only proud men who fight? Are those who refuse to fight the humble ones?

We are confident that if we and the wider church humble ourselves before the Lord, he will lead us all along the path we should be traveling with regard to this issue, keeping us from veering off the path in this direction or that, even according to the promise given to his people in Isaiah’s day:

O people in Zion, inhabitant in Jerusalem, you will weep no longer. He will surely be gracious to you at the sound of your cry; when He hears it, He will answer you. Although the Lord has given you bread of privation and water of oppression, He, your Teacher will no longer hide Himself, but your eyes will behold your Teacher. Your ears will hear a word behind you, “This is the way, walk in it,” whenever you turn to the right or to the left. (Isaiah 30:19-21)

No one wants to condemn men who say they are for peace so we find ourselves in a straitjacket of cloying togetherness. Who can argue against study-towards-consensus? Who would dare to speak against humbling ourselves before the Lord?

Still, let us keep in mind that calls for peace where there is no peace are a defining mark of the false prophet.

The real question is whether or not Revoice is a time for the pursuit of peace and consensus? Have those who have been critical of Revoice been sinfully suspicious?

Sincerely submitted, in Christ’s name, by, 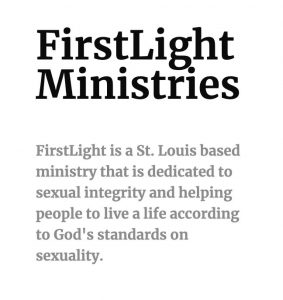 In the church as in the world, full disclosure of prior commitments is a key part of ascertaining the objectivity of any investigatory body. This is what we know about the members of Missouri Presbytery’s Committee…

TE Ron Lutjens (Chair) is listed as the principal officer of FirstLight Inc whose offices are housed in Memorial Presbyterian Church’s building. FirstLight employs Revoice founder and officer Mr. Stephen Moss as a Sexual Minority Group Leader (that page has been scrubbed). 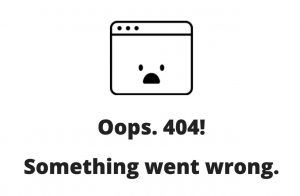 RE Kyle Keating is a contributor to the Spiritual Friendship blog, a well-known Side-B advocacy website edited by Revoice speakers Ron Belgau and Wesley Hill. 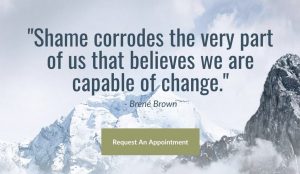 RE Frank Theus is a licensed counselor who trained at Covenant Theological Seminary. He describes his practice as being “particularly suited to men and older adolescents struggling with sexually addictive behaviors, relational struggles, traumatic stress, abuse, and identity issues.” On his resources page are listed notable figures from the Revoicers and other ministries seeking to excise the sin of effeminacy from the Scriptures: FirstLight, Keating’s Spiritual Friendship blog, LivingOut.org, Wesley Hill, and Mark Yarhouse and his Institute for the Study of Sexual Identity.

TE Mike Williams, Systematic Theology Professor at Covenant Theological Seminary, has been on the forefront of the Revoice project since his time in the Dutch Reformed church. Here, in an article from way back in 1993, Williams’ content and tone match perfectly with the Revoice project of today. He reserves his hardest punches in the article for homophobes in today’s church and assures his readers that the Holy Spirit did not intend to condemn homosexuality in Romans 1 and 2.

As you can see from the above, a majority of the members of the committee were already happily in league with the Revoice project. Whatever opposition came from the other men on the committee, if any at all, it was doomed to fail.

Five of the eight men appointed by Missouri Presbytery to “investigate” Revoice had spent years creating Revoice. They are investigating themselves, and so we will not be surprised to find themselves saying over and over again that themselves are well-intentioned, albeit in need of continued support and growth.

The truth should be obvious, but it needs to be stated: not one of the men above who were on record promoting the Revoice path in years past should have been allowed—let alone appointed—to serve on this committee. Once we have informed readers of their prior commitments, this report should be abandoned by any serious church officer wishing to know the truth about Revoice’s doctrine and morals.

Imagine the New England Journal of Medicine publishing an article purporting to summarize the conclusions of an investigation of the dangers of vaping when said investigation had been done by members of the American Vaping Association and counselors helping cigarette smokers to quit by taking up vaping. Add in that these Vaping Association members didn’t note their conflicts of interest in the article. But worse, that the NEJM knew their organizational commitments when they appointed them to do the investigation and promised to publish their conclusions.

That this is how a conservative Presbyterian denomination handles its doctrinal controversies today is shameful. But the whole Revoice project has always been about promoting shamelessness, hasn’t it?

This is fourth in a series of close readings. For all Warhorn articles on Missouri Presbytery’s Revoice Report, see here. The series will continue.