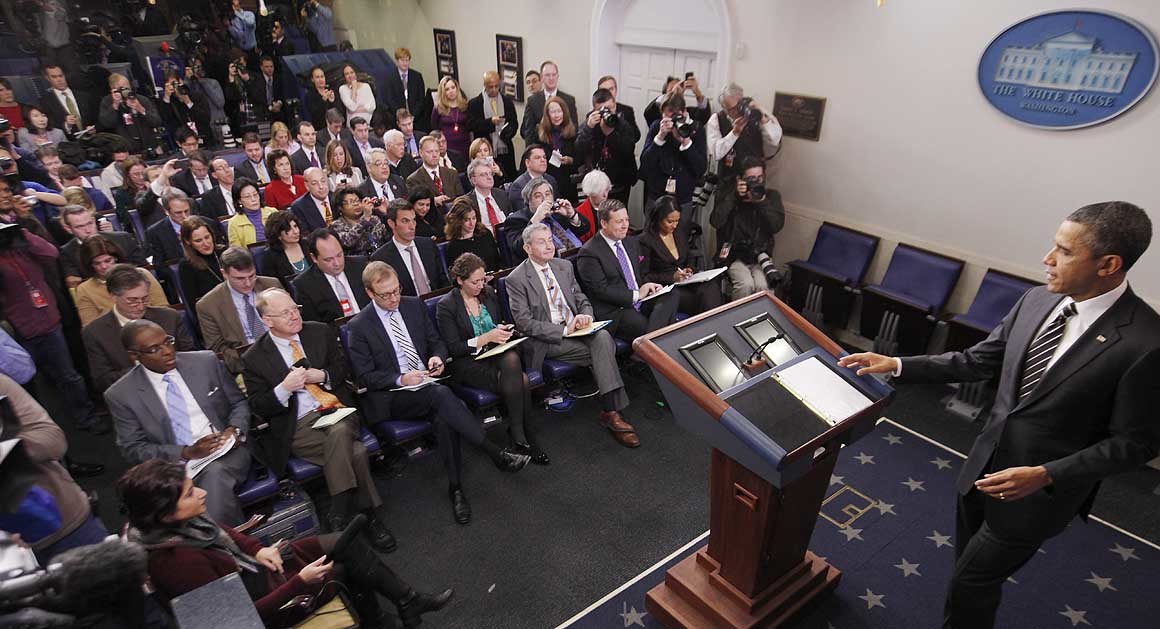 Responding to national pressure from inside and outside their denomination, Missouri Presbytery put together an investigatory committee and just issued their Report. This is a part of an ongoing series on Missouri Presbytery’s Report on Revoice. All pieces in the series can be read here.

As they hinted at the beginning of their report, MOP considers critics of Revoice to be a phobic mob clutching their pitchforks and brandishing tar, feathers and laptops uploading streams of ill-informed invective.  Good-faith critics, of course, look more like the White House press corps in the Obama years, hands raised, brandishing notebooks and wanting to ask just one more question.

How can critics receive such divergent judgments from the presbytery? If critics and good faith critics share many of the same criticisms why does one group come out looking like green-eyed monsters while the others get a friendly pat on the head and some light condescension? The difference is the outworking of a set of theological principles the presbytery spells out. There are 11 and they can be summed up in four words: be sweet, be careful. Their first principle (on page 35 here) is concerned with edifying theological disagreement and below I offer this summary and a brief explanation of why their definition of edifying theological disagreement is wrong.

Edifying theological disagreement according to MOP

As Paul says in 2 Timothy 2, don’t quarrel but instead be tender, gentle, “absent of annoyance, resentment or irritation.” We should give our opponents positive guidance not be negative.

The presbytery warns us that because homosexuality is called an abomination in the law (Lev. 18) while the same word is used in Proverbs 6 to describe the “spreading of strife among brothers,” therefore criticizing Revoice could be considered as the moral equivalent of one man sodomizing another. Unless you’re a good faith critic.

Also, MOP tells us that Jesus wept for Jerusalem before denouncing her and that, therefore, unless we have engaged in some real lamentation our criticisms of Revoice may deteriorate into Satanic condemnation (page 35).

Next the presbytery uses the letters to the churches in Revelation as a pattern for how we ought to communicate with and correct churches and presbyteries. The take-away lesson is that Jesus was sympathetic; He was careful to commend whatever was good in the churches before He criticized them so that’s what we all ought to do all the time.

Our sincere hope and prayer is that any PCA minister, church or presbytery sending correspondence concerning another body’s potential or actual deviation in doctrine or life would earnestly seek to follow the example of our risen Lord and great High Priest.

Why Missouri Presbytery is wrong about theological disagreement

Some things ought not be dignified with reply but we will come back to the argument that “all sins are the same” in a future post. For now we just need to see that this first principle is designed to shut down all manly opposition so that the only acceptable form of disagreement is couched in compliments and “it seems to me that I’d like to just encourage you to think about it this way, if you will. But…of course, I could be wrong.” So…

What half-bible did the presbytery use to come up with this principle? Marcion cut out everything legal from his New Testament. Have the members of Missouri Presbytery cut out every harsh rebuke from theirs?

Some of these examples are spoken to believers and some are not. But this small sample should be enough to make us question how complete the presbytery’s picture of disagreement is.

Paul believed in using harsh speech when the circumstances warranted it. Jesus Himself established that pattern. Was Jesus sowing discord? Paul? No, of course not! They were fighting for the sheep. They were defending the honor of God and the purity of His people. And that is why Missouri Presbytery received the correspondence they did. Nasty as some of their mail was, I doubt they were ever called “a brood of vipers” by Calvary Presbytery!

This is yet another example of how conflict is managed today. Anything direct is unloving. Any open conflict is alarming. A notable feature of the report is how seldom the actual issue of homosexual desire comes up compared to how often the conflict, confusion, misinformation surrounding Revoice comes up. It’s as though the MOP thought the great scandal to the church was that people were scandalized. What scandalized them seems almost beside the point. If everyone would just chill out everything will be fine.

Again let’s hear from Paul how he managed to avoid any disagreeable harsh words in correcting errors and addressing misinformation and confusion about a novel bit of sexual expression:

“You have become arrogant and have not mourned instead, so that the one who had done this deed would be removed from your midst. For I, on my part, though absent in body but present in spirit, have already judged him who has so committed this, as though I were present. In the name of our Lord Jesus, when you assembled, and I with you in spirit, with the power of our Lord Jesus, I have decided to deliver such a one to Satan for the destruction of his flesh, so that his spirit may be saved in the day of the Lord Jesus.” (1 Corinthians 5:2-5)

This is a part of an ongoing series on Missouri Presbytery’s Report on Revoice. All pieces in the series can be read here.