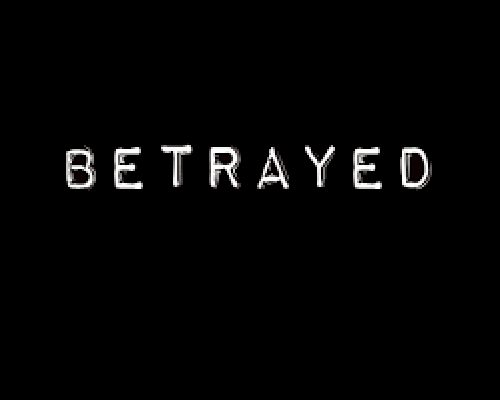 Twenty-five years ago, some of us worked to warn God’s people against Bible translators and publishers removing words with a male semantic meaning component from Scripture. We pointed out it’s not the meaning behind the words but the words themselves that are inspired by God. Every word is as profitable today as it was yesterday and two-thousand years ago—including most especially those words we find irritating to our modern sensibilities such as “against nature,” “abomination,” “effeminate,” “brothers,” “man,” “head,” and “submit.”

The deletionists had their way and now most Christians use Bibles altered to scratch our ears where we itch. Even the ESV dabbles in this betrayal where its translators couldn’t bring themselves to admit the Holy Spirit inspired such words as “old wives tales” “brothers,” and “effeminate.” Normally good men are leary of allowing their translations to appear ignorant or insensitive at our culture’s flash points, so the men producing the ESV removed “old wives tales” and “effeminate” entirely while explaining “brothers” actually means “brothers and sisters” and “siblings.”1

Of course readers understand why translators holding the terminal degree are hypersensitive to appearing sexist in their translation work. Kowtowing to various offended people groups is almost the raison d’etre of higher education today, so we get it that Evangelicals with PhDs feel they have to give an explanation showing the requisite embarrassment at the Holy Spirit’s wording. It doesn’t cut it simply to respond, “I didn’t say it! The Holy Spirit said it.” One’s own reputation adheres to the text of one’s translation work, so the Holy Spirit’s malapropisms, ambiguities, and earthiness must be cleaned up.

Hundreds of places the Holy Spirit inspired Biblical authors to write “Father” and its cognates have been removed from most modern Bibles. Also, the almost-insane fear of being called “anti-Semitic” in our post-Holocaust world has led to the removal of the word “Jews” in a number of places in John’s Gospel where the Beloved Disciple attributes responsibility for our Lord’s suffering and murder to God’s covenant people. Sometimes the word “Jews” is simply removed. In other places the word “leaders” is added. The Holy Spirit inspired John to attribute blame to the “Jews” as a people group, but modern versions now assign blame only to the “Jewish leaders.”

This has the advantage of scratching us two places where we itch: we avoid appearing anti-Semitic and we have more reason to despise church authority. In our Good Friday services when the pastor asks us “who killed Jesus?”, instead of responding “we did,” we’re now free to look at him and say “You did!”

Beyond fatherhood, effeminacy, and anti-Semitism, almost nothing is as offensive to us as the male inclusive. Listen carefully and note how every last pastor today has stopped using the name God gave our race, “adam” or “man,” instead speaking and writing “persons,” “humans,” and “human beings.” Nor do the pastors ever address the church “brothers” as the Apostles do across the New Testament. Instead they now address their brothers in Christ as “people,” “brothers and sisters,” “family,” or “friends.”

There are several problems with this.

For whoever is ashamed of Me and My words in this adulterous and sinful generation, the Son of Man will also be ashamed of him when He comes in the glory of His Father with the holy angels. (Mark 8:38)

Second, they deny the authority and inspiration of Scripture

When we refuse to name our race and congregations as God names them, we deny the plenary verbal inspiration of Scripture confessed by all faithful fathers in the faith. None of our fathers thought they could do a better job confessing our faith by avoiding God’s words inspired in His Word. They taught us that the Spirit of God has been pleased to deposit eternal truth in actual Hebrew and Greek words and they warned us never to think we could separate God’s truth from the words inspired by His Holy Spirit.

But if any man despises the words of Scripture as language fit for simpletons and, in the stupidity of pride, climbs out of the nest where he was reared, woe betide him, for he shall meet his fall. Have pity on such callow fledglings, O Lord, for those who pass by on the road may tread them underfoot. Send your angel to put them back in the nest, so that they may live and learn to fly. (Confessions, trans. by R.S. Pine-Coffin, p. 304)

To delete the male inclusive from Scripture is to deny the authority and inspiration of Scripture.

Third, they deny the federal headship of Adam

Since God says in His Word that “all Scripture” is “profitable,” we should expect Scripture’s male inclusive itself to be profitable. We should think deeply enough about it to wonder what it is that God intended to be helpful to us which is lost when our mothers, sisters, wives, and daughters are not called “men” and “brothers?” Another way to ask it: “Why would God use words with a male semantic meaning component to name a group composed of both men and women?”

Once the question is asked, one answer should be (but sadly, isn’t) obvious. As the ditty used by the New England Primer of Colonial America put it when teaching the first letter of the alphabet, “In Adam’s Fall, we sinned all.”

Therefore, just as through one man sin entered into the world, and death through sin, and so death spread to all men, because all sinned (Romans 5:12)

For since by a man came death, by a man also came the resurrection of the dead. For as in Adam all die, so also in Christ all will be made alive. (1Corinthians 15:21, 22)

Doctrine and usage united together, reinforcing one another. Knowing the wisdom of God, is anyone surprised? Anyone at all?

Those who have learned this foundational truth of the federal headship of Adam, the Biblical doctrine Pascal spoke of as that truth without which “we do not know ourselves,” are not surprised to find out man is God’s glory while woman is man’s glory:

For a man ought not to have his head covered, since he is the image and glory of God; but the woman is the glory of man. (1 Corinthians 11:7)

To delete the male inclusive from Scripture is to deny the federal headship of Adam.

Scripture’s male inclusive doesn’t just teach Adam’s federal headship, but also the federal headship of every man today as he relates to this present world—every father, husband, elder, president, judge, and pastor. This is one of the principal reasons the Apostles addressed men in the Church of the New Testament. Men have been the responsible ones from Adam on, and it was only natural that the Apostles and pastors of the New Testament church would point out that responsibility by speaking directly to men as “brothers.” In other words, it’s not always clear when the Apostles are using “brothers” inclusively, including women, and when they’re speaking directly to men and only indirectly to women.

Let’s close with an example. Say a certain congregation has several households where the children are disobedient, rebellious, and mouthy to their superiors starting with their fathers and mothers. In such a case, any good pastor will preach to the sin, commanding the children to honor their fathers and mothers, for sure. But the central part of his sermon will likely be calling the parents to teach and nurture and admonish and discipline their children toward this honor and respect due their elders, right?

After all, fathers and mothers are responsible for the order in their home, and for raising sons and daughters who respect and submit to those God has placed in authority.

In fact, in the end no one would have any trouble at all if the pastor preached a sermon countering this great evil of rebellious children in the congregation by addressing fathers alone, and fathers directly. As in “brothers, get your homes in order.” By extension the women of the congregation would know this is a command to them, also, but the men would be left in no doubt that the failure is theirs. Even, and maybe especially, if their wives were the ones who taught their children how to be disrespectful, rebellious, and mouthy.

It is merely to confess that male authority has always been primary over all God’s creation.