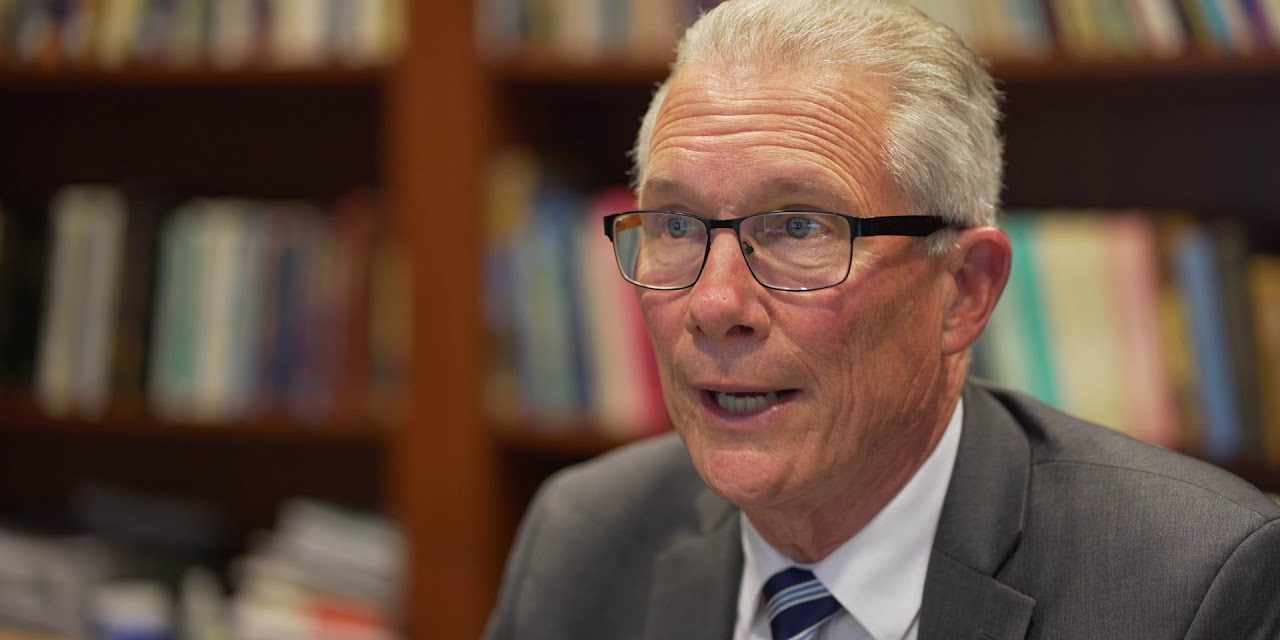 I remember reading an anecdote somewhere about the Nixon White House in the days immediately following the Watergate scandal. As Nixon was going around the table and his advisors were trying to come up with a strategy to handle the crisis, one of them, a Christian, gave it his best shot. He said something to the effect of, “Mr. President, the American people are a very understanding people. I think if you just admitted the truth and said we made a mistake, this will eventually blow over and all will be forgiven.” To which the President replied, “Next!” They decided to cover up and deny rather than admit and repent. And the American people have not viewed that decision favorably.

The trouble with that Christian’s advice is this: it’s just totally uncharted territory. Repentance is hard. Individuals do it, of course. And sins are forgiven among individuals. But it is exceedingly rare that organizations, administrations, courts, or businesses really admit fault.

Recently Dr. Mark Dalbey, president of Covenant Theological Seminary, sent out a letter in which he defended CTS and the PCA against “recent rumors and falsehoods.” He said CTS is “strong and unwavering in its fidelity to Scripture and to the orthodox Christian theological view of human sexuality. Any suggestion to the contrary is patently false and slanderous.”

Along with his letter Dr. Dalbey also sent out a list of bullet points to address those falsehoods and slanders. The bullet points are gathered under four heads–Biblical Sexuality/Revoice; Reclaim MLK Event; Transgenderism; and Covenant Seminary Faculty.

I’d like to make an observation and then give a plea. To do so it’s unnecessary to go through all these points with a fine-tooth comb. What Dr. Dalbey said about the seminary and Revoice makes the matter plain.

First, then, the observation. I notice what he says versus what he could have said.

The 12 bullet points on Revoice boil down to two claims:
1. CTS is committed to the biblical teaching on marriage and sexuality. If Dr. Dalbey intended to use the rest of the bullet points to flesh out what he meant by that, then, according to CTS, “biblical teaching on marriage and sexuality” means that marriage is between one man and one woman; no one should have sex outside that relationship; and all desires for any other sexual activity are sinful and should be mortified like all other illicit desires.

2. CTS disavows any relationship to Revoice. No one at CTS teaches, promotes, or endorses Revoice or queer theory and CTS professors have been instructed not to speak at Revoice this year.

Except for the statement contained in one bullet point that same sex desire should be “in no way dignified,” everything the faculty claims to believe lines up pretty well with the speakers at Revoice. The whole point of Revoice was to affirm that Christians can be homosexual if they are celibate. It is as if the seminary cannot quite figure out how to differentiate its position from the (side B) “Gay Christian” movement except perhaps to say that no one should use those words together.

Therein lies the problem. And it is really quite an elementary problem. We need only observe the difference between what the seminary says and what they should have been able to say (but couldn’t…or wouldn’t). Covenant may not promote gay marriage or homosexuality outright. They tell us this much.

He could have said

Do they promote marriage? Do they show the glory of the extraordinarily ordinary home where the man is the head of the woman and knows how to love her as Christ loved the church and where she respects and submits to him and where the children obey their parents in the Lord? Do the faculty promote masculinity in men? Do they teach women the glory of domesticity? Do they teach their students to be unashamed of words and phrases like “quiet,” “submissive,” “keepers at home?” Do they warn students about the dangers of effeminacy? Imagine the difference a letter with those bullet points would have made!

“He also who is slack in his work is brother to him who destroys.” (Proverbs 18:9)

It’s 2019. If you aren’t energetically building into God’s people a love for everything God says about men as men and women as women, then you are destroying God’s people at the point of biblical sexuality. Your teaching about who should be married to whom now appears to be an arbitrary fence, the last piece standing of all your formerly treasured ruins. Your cathedral has burned but you proudly point to the gutted tower as though that bit of stone was the main thing all along.


Dr. Dalbey also sent out an article written by two CTS professors. They say, “The purpose of a seminary is thus to safeguard the truth, train leaders to handle and proclaim this truth, and in so doing feed the body of Christ with God’s truth.”

Not only that but, “A seminary needs to be a training ground for one’s whole life: heart, mind, soul, body… [S]eminary training should be transformational not just transactional, resulting in a changed heart in addition to growth in biblical knowledge.”

Excellent stated goals. And all would agree these are very difficult goals to meet consistently with each student. Stumbling will occur. Surely, though, part of training godly leaders is modeling godly leadership. And godly leadership will need to repent sometimes. Ask any pastor if he’s had to admit fault for anything in his ministry before. Wouldn’t it be helpful if those who trained pastors would also take the opportunity, as it presents itself, to repent and visibly correct the fault?

So here is a perfect opportunity. Could we please just hear from CTS that, yes, there have been failures at the Seminary? Dr. Dalbey, could you please just admit that Covenant has, through certain faculty members and courses and chapel speakers, provided safe harbor to those who rebel against God’s order of creation?

People sin. That’s what we all do! But a Christian repents and confesses publicly his public sin. For example, we would rejoice with great hope if the bullet points had this flavor:

Imagine it, Dr. Dalbey! Imagine the relief of just being able to admit, “We blew it.” And then the credibility that could be yours when, after confessing, you said, “but we are going to correct this problem starting now.” When the tension of “managing” the problem is gone, what joy, what peace, and what unity in the body of Christ would come then! How wonderful it would be to see the fruit of repentance as the faculty is brought back into submission to the Word of God; to see students testifying in years to come how the PCA, led by her seminary, turned from the androgynous god of this age to serve the true and living God, Maker of heaven and earth…and male and female!