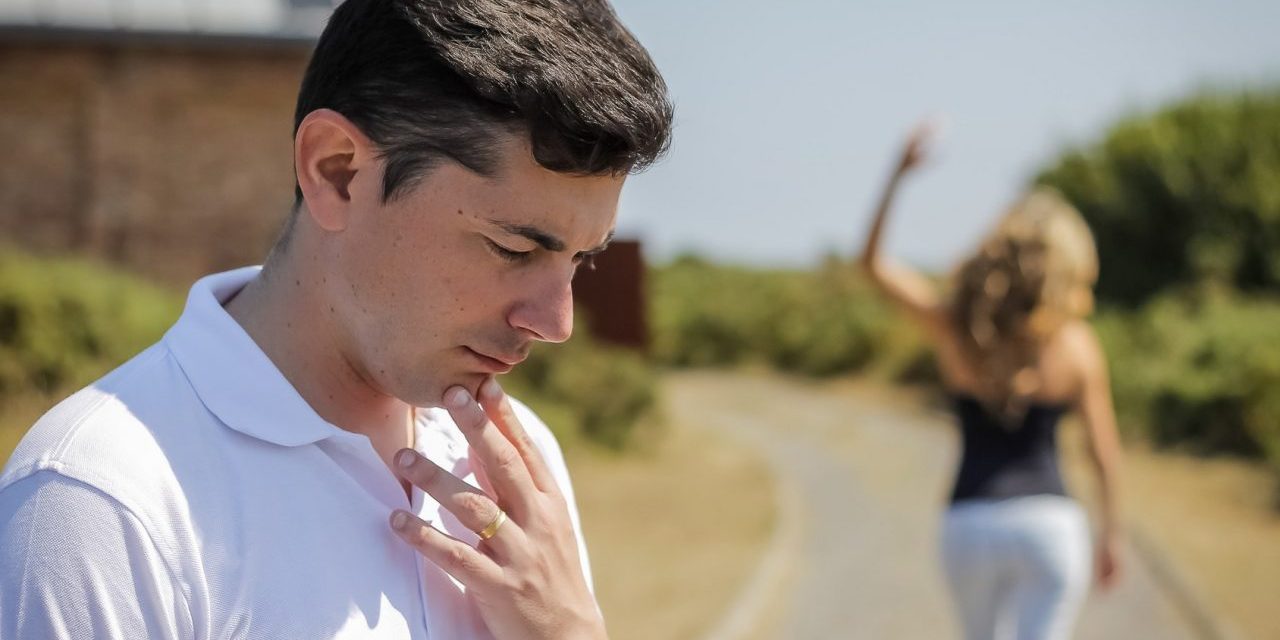 If I told you doctrine is directly connected to the unity, beauty, and peace of your marriage and family, would you be patient and read this post? The purpose of the first third of the post will become clear as you read the rest which, I’m hopeful, will help you do a better job leading your home. Now then…

Consider the Father sending His Son to be born of a woman, born under the Law. This order of the Father sending the Son is no accident, nor could it have been the other way around with the Son sending the Father. Jesus Christ is the Son. He is not the Father. Both Fatherhood and Sonship have existed in the Godhead from all eternity past and will continue into eternity future long after the Son’s redemptive work has been accomplished.

There is a way some men talk about the Trinity today that betrays their impatience with order. They relegate the asymmetry in the Godhead defined by many passages of Scripture to concessions God made in order to carry out the work of redemption. Being moderns, they see order as a compromise forced on equality by the Fall, and thus also forced on the work of redemption from the Fall.

These men see it similarly within the divinely ordered relations of man. Most affirm only a minimalistic version of God’s Fatherhood deposited in the DNA of His Creation. They limit any application of Adam’s federal headship to the Christian church and home; but even in those private Christian spheres, their doctrine and practice bears little resemblance to that taught and lived by generations of the people of God across history born prior to the egalitarian spirit of our age.

To them the equality of the Three Members of the Trinity is the final word concerning order in the relationship of Father, Son, and Holy Spirit. To them the Trinity’s ordered differentiation poses a serious threat to equality and must be carefully circumscribed.

It’s significant one rarely hears them warn of threats a wrong understanding of equality poses to the Trinity’s ordered differentiation. Their warnings against departures from Trinitarian orthodoxy flow in a single direction that harmonizes well with our culture’s rabid pursuit of egalitarianism. Ready to declare anyone a “subordinationist heretic,” they demonstrate little concern for the heresy of our own time which denies all order and authority, starting with the authority of God the Father Almighty, Maker of Heaven and Earth.

When I first entered the ministry, I noted how pastors in the church who thought of themselves as prophetic habitually aped the oped editors of the New York Times. If the New York Times pronounced the Sandanistas righteous, these men stood up on the floor of presbytery and pronounced the Sandanistas righteous. If the New York Times called for divestiture of stock in South African corporations, these pastors brought resolutions to General Assembly calling for the denomination’s pension fund to divest itself of all South African holdings. When the New York Times started to oppose capital punishment, overtures calling for the repeal of capital punishment began to rise through presbyteries to the floor of General Assembly.

Maybe the reader will understand, then, why for thirty-five years I have been suspicious of all churchmen whose purported “reforms” surf off and flow alongside mainstream media and social justice warriors. Yet precisely that has happened and continues to happen within the conservative Protestant church today. We never stop levelling. We never stop pulling down order and authority. Our righteous zeal flows in only a slightly different direction than the world’s.

But again, God Himself is ordered and He has written His order into all His creation.

In other words, His order is our command. Ponder that.

His order being our command means that fathers are to discipline their homes in such a way that each member of the household honors fatherhood’s authority flowing from God the Father Almighty. He Himself has appointed all authority. Those who rebel against the authority of man rebel against Him:

For there is no authority except from God, and those which exist are established by God. Therefore whoever resists authority has opposed the ordinance of God; and they who have opposed will receive condemnation upon themselves. (Romans 13:1-3)

Bringing this home to difficult marriages and wives who say “no,” we must examine ourselves to see if God’s order is honored in our marriages and households? Do we expect, demand, and rebuke toward godly respect for authority in our marriage and family? That is to say, do we manage our own household well?

In front of the children, do our wives model respect for our authority as their husband and father of their children? Alone in the car, just the two of us, do our wives demonstrate respect for our authority over them delegated by God the Father Almighty? In the women’s Bible study, prayer group, homeschool co-op, and on social media, does your wife show respect for her husband? If not, why not? Is the failure all hers, or are you significantly to blame?

Here note I didn’t ask if your wife makes a show of honoring you in front of other women, talking about what a “wonderful and godly head” she and her children have. No woman whose husband is a wonderful and godly head at home ever has to brag about it in church or on social media. His authority and her respect are evident always and everywhere. You can’t hide or suppress them, and as their children grow into adulthood, they themselves demonstrate that same respect for authority they saw lived by their mother as they came of age.

If your children are disordered showing disprespect for authority, the most likely root of these sins is their father and mother.

Their father might model rebellion by getting speeding tickets and badmouthing the pastor’s sermon on the way home from church. It may be even more likely, though, their father has modelled rebellion by neither teaching nor defending nor disciplining disrespect for his own fatherly authority.

Their mother might model rebellion by not honoring, respecting, or submitting to her husband. If the children come of age in a house permeated by parents’ rebellion regardless of the particular nature of that rebellion, it’s little wonder the children themselves become rebels.

If God is the God of order, the rebellions in our marriages and households must be put down. If captains of ships discipline mutiny, why would a Christian husband and father tolerate it?

Certainly the mother herself can be called to help put the rebellion down. She can start by not rebelling herself against her husband’s authority. Scripture commands her to submit to her husband, modelling her respect for him after Sarah who called her husband, Abraham, “Lord.” It is hard to overestimate the damage mothers do to their children by disrespecting and rebelling against their husbands.

Yet, make no mistake: it is the father’s duty to put down rebellion in the home, starting with his wife. The husband is the head of the wife as Christ is the Head of the Church.

Christ has never overlooked, connived at, or whined about His Bride’s rebellion. He sanctifies Her and we are to follow Him in sanctifying our precious brides, also.

He has delegated His authority to you as husband and father so you will rule His creation according to His order.