Marriage (4): what happens when your dear wife says “no” (a) 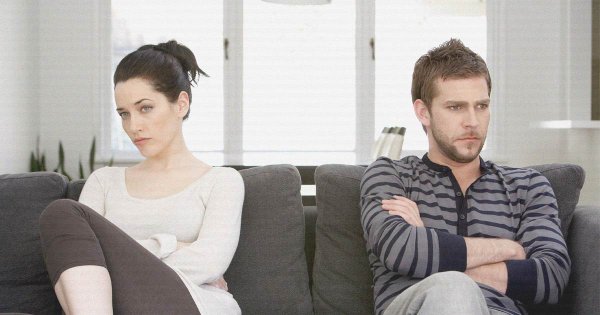 This is one of the most common questions asked by those remaining in the church who believe in the Fatherhood of God imprinted on man. Men who acknowledge the authority our Father has deposited in the male of the species ask what the Christian husband should do when his wife rebels; when she refuses to submit to, and obey, her husband?

Note we’re not talking about a wife refusing to submit to her husband when he is commanding her to commit flagrant sin. In such cases the Biblical precedent for all of us is clear: “we must obey God rather than man” (Acts 5:29). But when the wife refuses to cook or put away the credit card for a bit or stop undercutting her husband when he rebukes their teenage son, it’s likely rebellion and the question is asked, “how should her husband respond?”

If you were the husband asking me this question in my office, I’d say to you, “Don’t ask me—she’s your wife!” and we’d both laugh a little nervously. This precise exchange has happened before in my work as a pastor and one of the reasons I’ve responded this way is to reassure the brother he’s not alone in his problems, but also that they are his problems—not mine.

Beyond this initial conversation, though, what else may be helpful?

First, I’d not suggest you put your wife away and hold a beauty pageant to choose her replacement. If you were a king, maybe that would be necessary to the wellbeing of the Jewish people, but I’m sure your wife has made it clear you’re no king. She’s right. Don’t act all high and mighty. You’re just a man—that’s all.

Second, I’d suggest you not haul your wife before the session. This counsel may surprise some, but it’s my experience most domestic problems involving the sin of women are best handled quietly by the Titus 2 “older women” of the Church, not the elders and pastors. There are exceptions such as violence, sexual abuse, and some crimes. (Yes, women too commit these crimes.) Such cases will require the notification of the civil magistrate and the elders and pastors must do so.

Beyond such cases, though, it’s rarely helpful to expose the shame of a severely disordered marriage before the elders and pastors corporately. Shame is a gift of God and the shame attendant upon chronic rebellion in marriage needs to be both reinforced and handled delicately. It’s never wrong for elders and pastors—and particularly the moderator of the session—to consider carefully how to help the wife and husband save face somewhat as they are led towards repentance.

Something to watch out for in connection with the man who asks if he can bring his wife before the elders is that, often, if you listen to him carefully, it will be evident he believes it is the job of the elders to do whatever is necessary to force the wives of the church to submit to their husbands.

Let me dig a little deeper on this one. It’s often the case that the man whose wife won’t submit to him has himself significantly contributed to her lack of respect and rebellion. Many times, the husband himself is deeply bound to his own flagrant sins. Husbands who complain to their pastor or elder that their wife is unruly and won’t submit often themselves are in obvious rebellion against God. Yet they expect you to overlook that fact and focus on their wife.

Note I am not saying husbands’ rebellion is the cause of wives’ rebellion. That’s an old canard that is laughable. We each are responsible to obey God. The husband’s sin of not loving his wife no more justifies her not obeying her husband than the wife’s not obeying her husband justifies her husband not loving his wife. Contrary to what most today are declaring to be the Bible’s teaching on marriage, an absence of love for God or herself in a husband does not justify any wife’s rebellion. Otherwise, Scripture would not command:

Wives, in the same way submit yourselves to your own husbands so that, if any of them do not believe the word, they may be won over without words by the behavior of their wives, when they see the purity and reverence of your lives. (1Peter 3:1, 2)

So no, dear brother, you don’t have to wait until you love your wife perfectly, always drive the speed limit, never fail to throw your socks and boxers in the clothes hamper, and stop picking your nose before you you call your wife to submit or obey. No authority is perfect. Every authority is a sinner, yet God delegates authority and will hold those to whom He has delegated it responsible for its use or abuse. Need I add that refusing to use authority is to abuse it? Is to rebel against the One Who delegated it to you?

But let us return to the main point of this section.

Sadly, the sort of husband who demands his pastor or elders reduce his wife to submission to him is the sort of man who is generally pathetic. Often he can’t face his own failures in leadership, so he drops his wife on the pastors and elders demanding they do what he couldn’t or wouldn’t.

Don’t let him manipulate you into feeling responsible for his dilemma. You can pity him. You can sympathize with him. You can help him. But don’t let him place the responsibility for his wife’s conduct in his home on you. He married her. His sins have added to the problem. He bought the farm and now he is responsible to run it.

Keep focussed on the proper spheres of responsibility and authority. The elders’ sphere is the household of faith whereas the father and husband’s sphere is the home and family. Certainly the elders’ authority extends to admonishing and rebuking for sins in the home and family. The Apostles do this regularly in the New Testament, but never are the pastors and elders of Scripture said to be responsible for the order in other men’s homes. Rather, failure to lead his own home is one disqualification for a man being elevated to the eldership.

Pastors and elders can help such men through preaching, teaching, and pastoral care, but it’s the man of the house who is responsible for the order of his house.

Summing up, don’t put your wife away and hold a beauty pageant to find her replacement. Don’t go to the elders and tell them it’s their responsibility to discipline your wife into submission.

We’ll pick up there next time.