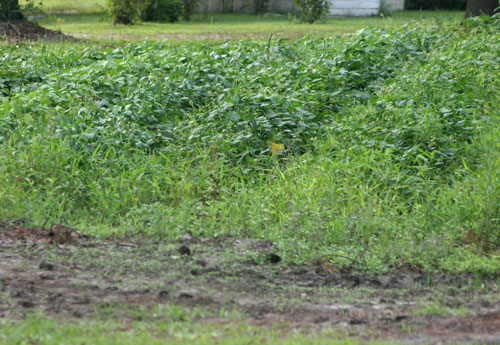 Over on Sanityville, a discussion of the methods of husbanding wives has issued in various considerations of technique. Men have been saying pastors and elders have tools to lead members of the church that husbands don’t have, themselves. They mention public censure, suspension from the Lord’s table, and excommunication. Their point is that husbands, lacking these tools, are in a weaker position of leadership.

To which I responded that the husband has something similar to public censure in that he can rebuke his wife in front of his household, but I added he better use this tool exceedingly rarely or things will go bust.

I went on to make the point that, actually, the main tools of leadership given by God to pastors and elders are instruction, love, and moral suasion, and these tools husbands have, also.

To which men responded that to tell a husband today to love his wife always means to put up with her rebellion, patiently, and give her what she wants. You know, servant leadership where the word “servant” is a placeholder for never giving a command or saying “no.”

Let’s look at that. Scripture commands husbands to love their wives and live with them in an understanding way as the “weaker vessel” (1Peter 3:7). Does this necessarily mean never giving a command or saying “no?”

To a rebellious wife and conniving pastors and seminary professors who enable her rebellion with lies about “mutual submission,” it does. But all such rebels will answer to God. Mutual submission is a sneaky deception invented by the Evil One to foment rebellion in marriage knowing rebellion there will metastasize across society. This the Evil One likes. Thus the absence of authority in homes across North America and the Western World has produced nations whose women rule over them. God has declared this shameful (Isaiah 3:12).

No, loving our wives and living with them in an understanding way does not mean the husband should neither command his wife nor tell her “no.” The very idea is ludicrous.

To state the obvious which somehow has become hidden to us, wives have commands given them by God concerning how they live with their husbands. Those commands are twofold: she is to love her husband, and is submit to him as unto the Lord, in “everything” (Ephesians 5:23).

Men are not to treat their women as wallflowers or doormats, nor are they to command that their wives enable their sexual perversions.

Equal with man, woman bears the Image of God and husbands who mistreat their wives will find God deaf to their prayers. This is no joke. Husbands must recognize God has given them wives to be their helpmates, and as I tell couples over and over again in pastoral counsel, the helpmate who never confronts, argues, or rebukes her head is no helpmate at all. Worse, the husband who thinks and acts in such a way as to demonstrate he considers his wife a servant or slave is a fool. Calvin calls him a “monster.”

But our subject here is not what submission doesn’t mean, but what it does mean. For the wife, but more for the husband.

“For the husband,” you respond; “I thought you said mutual submission is a lie from Hell?”

That I did. By speaking of what submission means to the husband, I was not talking about the husband’s submission, but the wife’s.

Note this carefully. In order for the wife to submit to her husband, her husband must command her.

The world and the church are filled with husbands who have abandoned their wives to self-rule. Then later, finding her self-rule growing more intolerable for himself and their children, these men complain about their wives being unsubmissive or rebellious, and they ask their elders and pastors what they should do about it?

These husbands have sown the wind and now they are reaping the whirlwind.

Some reading this will respond that their wives were rebellious from the very moment the honeymoon started. I’m sorry to say that’s very rare and, if I were talking to a man making this claim, I’d tell him so. Sure, there is a basic rebellion against all authority across the Western World today and that rebellion is in the church everywhere—from the congregation refusing to listen to a pastor who fails to scratch their itching ears from the pulpit, elders who dishonor their pastor, deacons who are bitter against the elders, members who refuse to join a church and submit to their elders, the whole way to the bottom where children rebel against their parents. Why there are even grandparents in the church who subvert the discipline of their toddler grandchildren by their mother and father!

So yes, Christian women today often don’t enter marriage with much understanding or ability to submit to their husbands. Yet the pastor has required the bride to vow to “obey” her husband in her marriage vows. He has preached the groom’s duty to love his wife and the bride’s duty to obey her husband during the wedding ceremony. He has faithfully explained these commands during his premarital counseling.

In other words, there has been lots of teaching and instruction and exhortation towards love and obedience in the lead-up to, and during, the marriage ceremony. That is, if the church has even the most basic Biblical commitments and even the most basic subscription to any historic Christian creed or confession. If this was not the case in the wedding, the groom has only himself to blame (unless he’s imprisoned in Manhattan and has to find a church there, I guess.)

Otherwise, this dear precious bride God has given you was taught and exhorted and vowed to obey you, and likely (actually very likely) you failed to take the first days and months to help her to grow in submission. Lovingly helped her, and with understanding knowing she is the weaker vessel.

What to do now? We’ll pick that up next post. Meanwhile, repent and pray for God’s mercy to you and your household.