God commands that women not lead the church’s worship 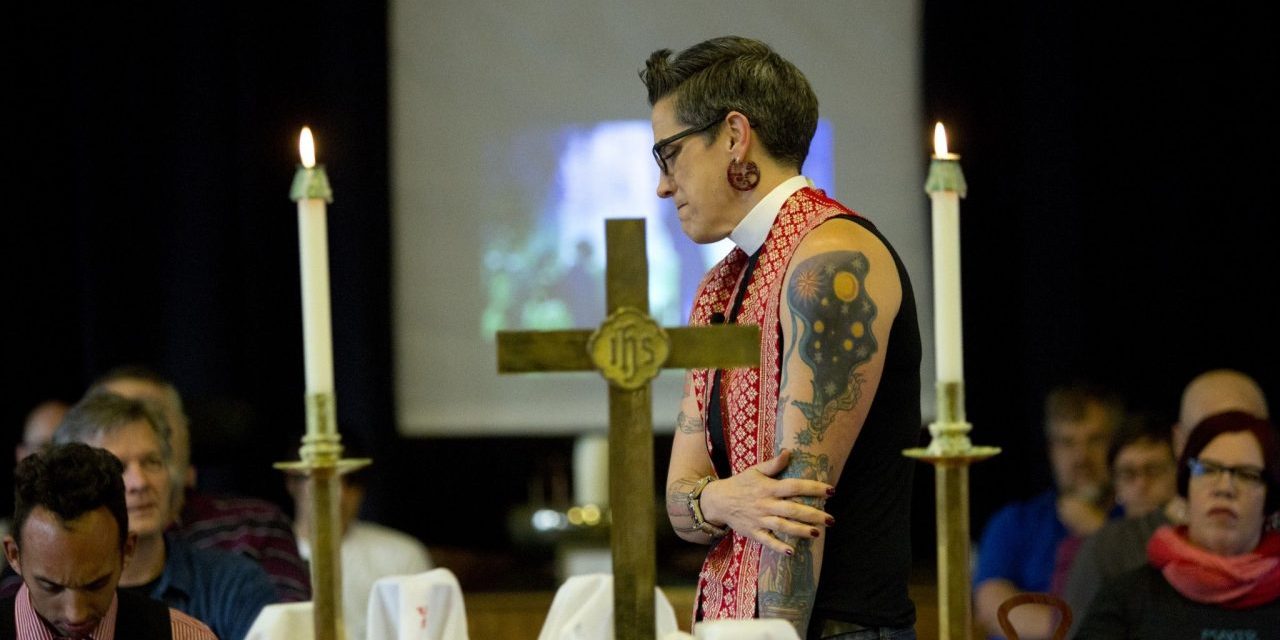 Apparently the post on women leading worship struck a nerve, and not a positive one. Lots of shares and reads, but it’s made people mad. Why?

Because we think of ourselves as God-fearing and submissive to Scripture when we’re neither. We’ve left the actual commands of the Bible so far behind that it’s a shock to the whole system of grace-abounding Reformed churches and their complacent members when someone points out we’re rebels.

Well, ahem; something about silence.

In yesterday’s post, I operated under the assumption that readers would bear in mind the specific commands of God concerning women’s leadership in worship, but I’m afraid my assumption was foolish. Rebels don’t know God or His Word, so Scripture must never be neglected (which I did).

Scripture is the sword of the Spirit.

Here then the Scriptures I’d assumed as the foundation for yesterday’s post:

A woman must quietly receive instruction with entire submissiveness. But I do not allow a woman to teach or exercise authority over a man, but to remain quiet. For it was Adam who was first created, and then Eve. And it was not Adam who was deceived, but the woman being deceived, fell into transgression. But women will be preserved through the bearing of children if they continue in faith and love and sanctity with self-restraint. (1 Timothy 2:11-15)

The women are to keep silent in the churches; for they are not permitted to speak, but are to subject themselves, just as the Law also says. If they desire to learn anything, let them ask their own husbands at home; for it is improper for a woman to speak in church. Was it from you that the word of God first went forth? Or has it come to you only?

If anyone thinks he is a prophet or spiritual, let him recognize that the things which I write to you are the Lord’s commandment. But if anyone does not recognize this, he is not recognized. (1 Corinthians 14:34-38)

So now let me be much more direct and declare with the full authority of the Word of God that the church’s practice today of women taking very public, very visible, very audible, very constant leadership during Sunday morning corporate worship is direct rebellion against God. The rule of women’s silence in worship is the Lord’s command. If anyone does not recognize this, he is not recognized.

But when exceptions become the rule, what we have is rebellion against that rule.

Today in church after church across the Western world, God’s commands that women not “speak” in church, but instead demonstrate “self-restraint” in being “submissive,” “quiet,” and “silent” in the “church,” have been left far, far behind.

Did the Holy Spirit not know full well what our day would be like and how important it would be for us to rebel against God’s commands concerning women’s leadership of men in worship which merely follows our rebellion of using women to lead and exercise authority over men absolutely everywhere else?

Do we not grow weary of our rebellious generation? Do we not sometimes just a tiny bit wish for women to be submissive? Is our wish not simply what God created and commands still today?

What are submission and silence if they are pushy and loud?

Don’t even try to excuse your worship by saying your preacher is always a man.

First of all, God never limited His command to the sermon.

But second, churches that have women ushering, taking the offering, giving the call to worship and prayer of confession and assurance of pardon and pastoral prayer; churches in which women exhort the congregation between psalms, hymns, and spiritual songs; churches that use women to administer the bread and cup; every one of those churches will soon have women preaching the sermon, also.

And when it happens everyone will yawn.

Rebellion is of a fabric.