Where’s the love for repentant sodomites 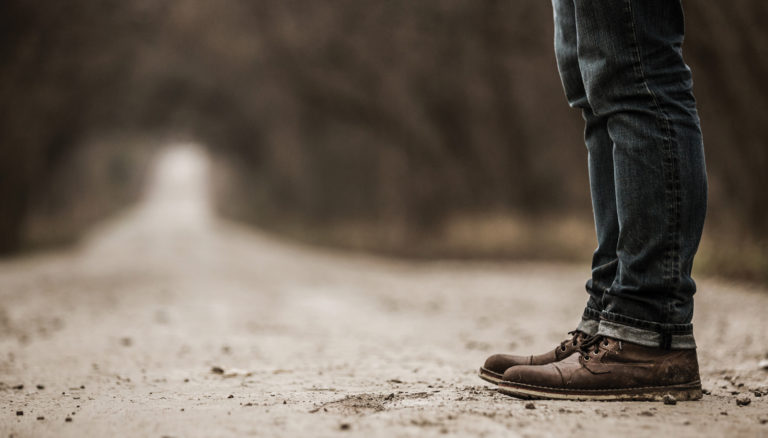 [Note: After posting this a couple hours ago, I went back and removed several things written in haste that were unseemly. I apologize for not doing a better job before posting it and trust this new version is more honoring to Christ.]

There are many concerned and sincere souls in the church right now claiming a special kind of sensitivity and understanding for gays and lesbians. If they’re Reformed and you indicate any similar sympathies for the LGBTQ community, they immediately say to you, “Don’t you just love Rosaria Butterfield? Have you read her books!?”

Which makes some of us groan. Silently, of course—we don’t want to rain on their parade. But we go home and say to our wives and daughters that it wearies us how Reformed pastors, elders, and their wives are so hyper kinetically energetic to have Rosaria speak for them. Opposing homosexualism is so very difficult. It doesn’t get a pastor any attaboys. Preach against it and you get called a “hater.”

No wonder pastors are happy to bring in Rosaria to do their heavy lifting. She has a natural advantage over any man preaching on sexuality simply because she’s a woman. People today are more sympathetic to women than men.

Then there’s that former-lesbian angle. A former lesbian who preaches against homosexuality is gentler on the eyes and ears than a former sodomite.

Then too, there’s a stark contrast between what men and women talk about.

A friend who’s into sports once told me women players on sports teams say things like this in their interviews: “We felt this and we felt that and we are all so committed to each other and we knew we could do it and we like each other so much it is so fun to play together!”

No so much Lebron sitting all alone at the end of the Laker’s bench last night.

Woman that she is, Rosaria talks about being accepted and invited and enfolded by Christians. She talks about the difficulty of leaving all the relationships of her former world of lesbianism, but tragic though it was, how wonderful all the new relationships were.

Now again, there’s nothing wrong with saying this. Rosaria is a woman reflecting women’s priorities. Concerning Rosaria’s new Christian faith, it’s joyful and we rejoice with her.

But to limit our knowledge of the repentance of sexual perversion to a woman’s account grounded in lesbianism is convenient for us because it is through women and lesbianism that the entire Reformed church processes their understanding of homosexuality.

But what about men who have repented of sodomy? Why aren’t we hearing from them?

One of the most joyful things about loving brothers who have repented of this sin is is the radical nature of their repentance. Radical like cutting off your hand or gouging out your eye. It’s fundamental. It’s a matter of life and death, often involving turning from so many awful things and places that you have a hard time keeping track of them. And the leftovers to remind us of their past are so painful. Living HIV-positive, for starters.

A couple of these brothers told me individually that they dropped sodomy and drugs at the same time. After first hearing it, I asked the brother which was more difficult for him to stop and which was he more thankful to be done with: the sex or the drugs?

With all sorts of men dying of drugs across our country right then—BANG! and they’re dead— I thought for sure he’d say “the drugs.” But he didn’t; he said “the sex.”

I told him I was surprised and asked “why the sex when the drugs can kill you so quickly?”

He answered, “Once I stopped the sex, I had no problem quitting the drugs. I didn’t even want them any more.”

“Once you quit having sex with men, you don’t need the drugs. The only reason you use them is to numb your pain and shame.”

A couple months later, I had the same conversation with another brother in Christ. He explained the ease of getting away from drugs using the exact same words.

Our former lesbians will never tell us these things. And they’re not to blame—they can’t. This is not lesbianism.

But it is gays, and if we love gays, those of us claiming to have a heart for them and their repentance need to know the horrors of this degraded sin.

The church today needs to learn how awful sodomy is from a repentant sodomite so we are able to have pity and show mercy and give our love to sodomites both presently being sodomized and those who have repented and stopped. We need to love them—really love them with understanding.

Our dear brother Dr. Robert Lopez is working hard to turn all the kinder-gentler Christian ministries to the LGBTQ “sexual minorities” away from illusions about what homosexuality actually is. It’s not for the squeamish, but when has love ever been for the squeamish?

If you love gays, don’t stop with womanly things. Learn to love gay men and call them into the Kingdom of Heaven. Have the joy of sitting next to them at church this and the next and the next Lord’s Day. Celebrate their marriage to your sister in Christ.

Here’s Dr. Lopez’s latest article. Google him and learn how he’s suffered, then pray for God to give him faith and strength in his hard work.

After you’ve read Dr. Lopez, get a copy of Penguin’s Philomena. Then read the primary sources from the ancient world. They don’t lie.