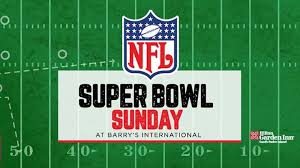 Just wrote this on Sanityville. After posting, it occurred to me it might be helpful to Warhorn readers, also. There’s much more to say about the Lord’s Day observance and Sabbatarianism, of course, but this is all I have the time for now. If you’d like to read the helpful posts on the subject prompting this response, check them out.

To open up my thinking and practice a little more…

Growing up, we were soft confessional and Reformed/Presbyterian holding membership in a dispensationalist redemptive-historical-preaching church. No matter where in the Bible, every sermon text was John 3:16.

In that church (College Church in Wheaton), I would say there were very few homes that had much of a conviction on the continuity of the Sabbath or the Lord’s Dayl although families like the Baylys and Ken Taylors (Tyndale House) and Ken Hansens (ServiceMASTER) were fairly Sabbatarian. Baylys, for instance, never went out to eat on Lord’s Day. And I mean never. Never shopped on Lord’s Day. Taylors weren’t allowed to play outside with neighbor children on Lord’s Day—and barely to play at all. If you went to Sunday dinner at Hansens, following the meal Ken would escort you to one of the many bedrooms in his large house, tell you to take a nap assuring you he’d wake you in time for evening dinner right before evening worship. True.

One of my distinct memories is being invited to a Peter, Paul & Mary concert by the daughter of Moody Bible Institute’s Vice President, also in our church. Dad told me to turn down the invitation because the concert was Sunday evening.

That shows the interface on this issue between somewhat-lapsed confessional Presbyterians (both Dad Bayly and Dad Taylor had grown up Presbyterian) and no smoking, no drinking, no dancing, no secret society, no movies, Pre-Trib, Pre-Mil, redemptive-historical dispensationalists.

But as the years churned by, every other Lord’s Day or so, Dad would stop on the way home and buy a gallon of milk. One gallon. Milk only.

We’d still not get gas or eat out, but he’d stop and buy milk. Which, like the Reformed Presbyterian folk’s practice of pitch pipes in US and drums in Africa in light of Calvin’s church singing Ten Commandments in Geneva, is the exception, not that proves, but breaks the rule. I should also add that in the last five or ten years of Dad’s life, he mentioned in his monthly column in “Eternity” magazine that he thought the total absence of any observance of the Lord’s Day was one of the worst things about the church at that time.

With this background, a couple other comments.

I agree with Calvin and Luther that, although parts of the law of the Sabbath are abrogated as ceremonial in nature, there yet abides a Sabbath rest. Sound familiar? I’ve read primary and secondary sources on Calvin’s view of the Sabbath and think it’s the very opposite of some/most Reformed Baptists today. He did not have any consistent Sabbatarian view, as would be impossible when one is convinced the Sabbath law is partly abrogated. After all, abrogation means something in daily life.

That said, what Calvin and Luther gave with one hand they took back with another. Having acknowledged the partial abrogation, they taught and commanded a set day of the week for worship, deeds of mercy, and even rest.

Myself, I’ve sort of become convinced that we must never turn aside from this day of the week observance of the Lord’s Day. We must never allow our kids’ sports or their (or our) non-critical jobs to pose any slightest threat to Lord’s Day worship and fellowship and deeds of mercy and (maybe) rest. So, for instance, our youngest son, Taylor, was not allowed to play soccer with his travel team, half of whose games were on Sundays (and the half-Christian parents love that, BTW). This meant Taylor, despite being quite excellent as a player, missing half the games, never made it to the top travel team.

Given my lack of full Sabbatarianism, why the guilt over the NFL?

Because I’m guessing for decades the game has kept those men from the body of Christ and the means of grace, and that’s awful. Thus my own guilt over participating in it by viewing.

So I have Roku; why not just record it and wait to watch until Monday or Tuesday or Wednesday nights?

It’s complicated and I don’t have time to explain. But a couple more things before concluding.

First, Reformed Baptists need to stop crowing about their Sabbath observance as if it is the sine qua non of Godliness. Or, more to the point, the sine qua non of being Truly Reformed. Their snobbery on this issue is unseemly. It almost feels as if, refusing to baptise their wee ones and suffering the perpetual and utter disdain of paedobaptists on that one, they see us one and raise us ten by trotting out their strict Sabbatarianism.

Look, if you’re a credo-baptist, don’t let them browbeat you; and for Heaven’s sake, stop parading your insecurity (is what I’d like to say to them, but haven’t until now).

Finally, whatever our position is on the Sabbath, we all break God’s law all the time. Ding-dong. Something about sanctification? We live by grace in sanctification as well as justification, waiting for glorification and confessing our sins as we wait. This is true even for the strictest Sabbatarian as it’s true for the strictest observer of the Seventh and Sixth and Fifth and… Commandments. We all fall in many ways.

This is not the Olly Olly oxen free of cheap grace, although to some I’m sure it sounds that way. Rather, it is a call to those who pride themselves on their Sabbath observance to take a moment and admit they break their Sabbath convictions all the time.