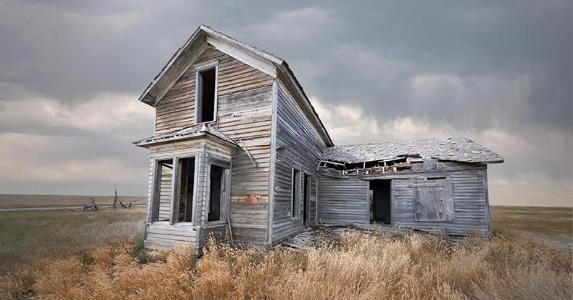 Driven cross-eyed by the monomaniacal, Spurgeon once exclaimed:

My how a harp of ten-thousand strings can harp on one string so long!

The string Reformed baptists and presbyterians are stuck to right now is race. But not race as in Amerindians, Slavs, Armenians, or Hispanics. Rather, Reformed folks are fixated on that race we’re presently calling “African-American.” Why?

Because our culture demands it and reformed folks of the Redeemer-bounder sort can’t bear the thought of pagans dismissing them as irrelevant.

When North America descended into “Black Lives Matter,” the black lives were not African-Africans. BLM activists and their supporters hold to the social constructionist view of race granting them exclusive moral authority to define blackness. Thus the African-Africans in DR Congo presently being murdered for running for office and voting weren’t the black lives that mattered.

About ten feet away, I listened once as an African-American Presbyterian pastor denied the blackness of my friend, a blue-black African-African pastor with a Ph.D. who served a church down in Mississippi.

It was during a Presbyterian general assembly in St. Louis. The African-African pastor was directing his fellow blacks’ attention to the St. Louis Dred Scott case, pointing to the simple fact that, in their Dred Scott v. Sandford decision, the Supreme Court had refused to protect slaves of African descent by the same majority (7-2) that their Roe v. Wade decision had refused to protect the unborn.

A hornets’ nest of African-Americans descended upon him in the assembly’s exhibit hall. Livid and shouting, this black African-American pastor told him he had no right to speak to the slave-unborn parallels. Up in my friend’s face, he shouted, “You’re not black!”

Chew on that one for a moment: “You’re not black!”

African-Americans’ have a screeching and howling Race Industry that, today, is running amuck across North American Reformed churches, both Baptist and Presbyterian.

Coming out of the past year’s news concerning Covenant Seminary and the Missouri Presbytery of the Presbyterian Church in America, what’s clear is that no one in the PCA has the will—or even any slight inclination—to say “no” to anyone claiming they own victimhood and moral outrage by right of their own precious blackness.

But really President Dalbey, Dean and Father Higgins, Covenant Seminary, and Missouri Presbytery are only following the lead of the entire denomination of the Presbyterian Church in America which itself desires a few black churches and members even more than she desires the Kingdom of God.

Higgins M.Div. the Younger uses the grossest profanity in her speech, even referring to our president with a minced expletive, but no one objects. She criticizes men and women of God for using their voices in defense of the unborn being slaughtered, but no one disciplines or silences her.

Alongside her in her father’s church, Higgins Junior ushers into worship leadership a friend and colleague who demands others address her individually as “they/them.” A self-affirming lesbian, Michelle Higgins’ friend Jay-Marie Hill gives this bio of herself:

Jay-Marie is originally from Oakland, Calif. but now works out of St. Louis building a very Black, very queer life with their incredible partner, Kayla.

Now then, is there a pattern, here? Is the Presbyterian Church in America’s refusal to say “no” to Higgins Senior and Higgins Junior observable elsewhere providing some perspective on the Covenant Seminary and Missouri Presbytery Black Lives Matter train wreck?

Well, let’s see: what other scandal has caused schism in the Presbyterian Church in America, recently?

Of course, there is Revoice.

Which is also in St. Louis.

Whose roots and branches also grew within Covenant Theological Seminary.

Whose minority claiming victim status do so under the jurisdiction of Missouri Presbytery which has proven itself incapable of saying “no” to them.

Among Revoicers, who holds hegemony over certified victimhood?

Not African-Americans, but gays and lesbians.

What do African-Americans, gays, and lesbians all have in common?

Victimhood and grievances—gobs of them.

The greatest power anyone can have in the United States today is publicly certified victimhood, and the most powerful of these certified victimhoods are, no surprise, neither the voiceless unborn nor uneducated white males killing themselves across North America today.

Rather, the most powerful victims dividing the church and demanding separate and unequal treatment are the screaming and whining and complaining and angry and aggressive African-Americans, lesbians, and gays. Not all lesbians, gays, and African-Americans, mind you. Some of them have repented and embraced humility, meekness, and the grace of sanctification.

Is there any pastor or elder left in the PCA who loves African-American racial sinners and LGBTQ sexual sinners enough to say “no” to them? Or are they souls we suppose we’ll never have to give God an account for?