Is Pope Francis Roman Catholic: on capital punishment, for instance 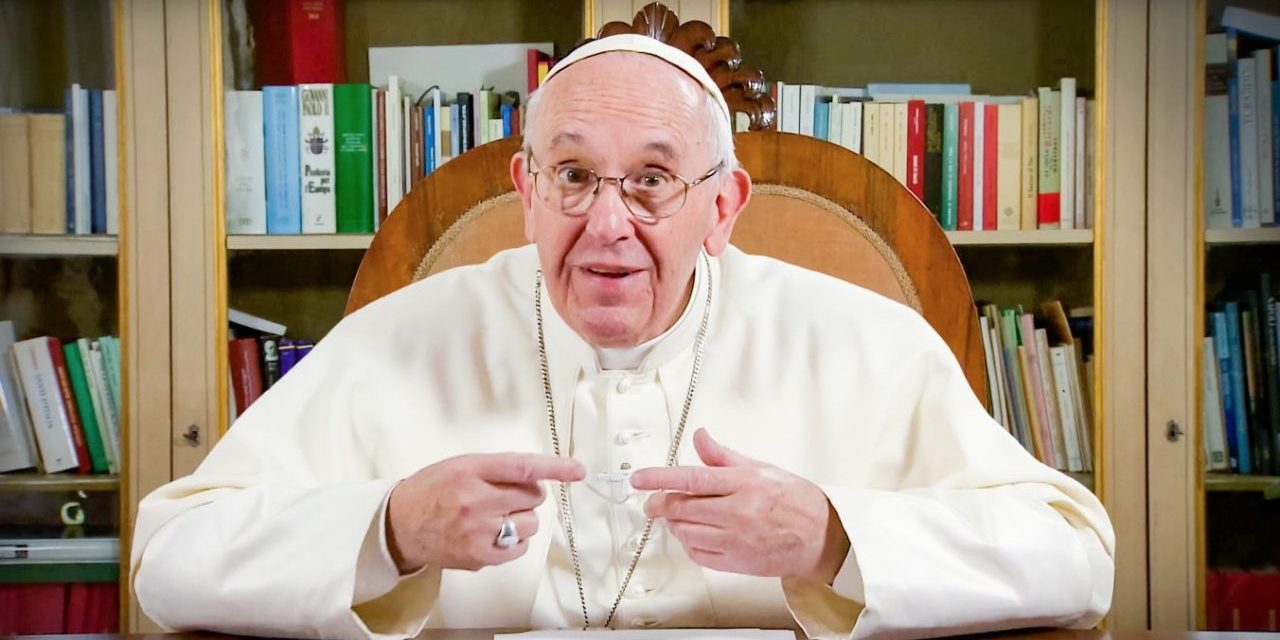 Having Roman Catholics at the abortuary tends to lull Christians to sleep concerning the real state of Roman Catholicism. On the slaughterhouse days, we are the only Protestants there. No local Baptist church represented. No Acts 29 dudes. No Psalter-singing Reformed Presbyterians. None of those “in the city, for the city” Kellerites. No suave PCA artistes. No Lutherans—Missouri Synod or otherwise. No whitebread Evangelicals or Campbellites.

Not at all. The Roman Catholic Church has made some statements condemning the worldwide genocide against the unborn, but she’s never allowed those statements to have any teeth in her communal life. Similarly, the Roman Catholic hierarchy has occasionally issued a few pages saying making love and making babies—both at the same time—is good and should not be opposed by the faithful. But then—immediately—they teach their faithful how to keep track of their ovulation to the end of separating the unitive and procreative functions of the marriage bed.

So how is that celibacy thing doing, anyhow?

About as well as in the Middle Ages when Luther and Calvin mocked it and married.

Truth be told, syncretism has always been the religion Roman Catholicism has been selling. Start with Blessed Mary. Go into any cathedral or parish church and see the soft feminine side of god they command their pious to pray to. She’s ubiquitous, and intentionally so. Who wouldn’t rather pray to her than God the Father Almighty, Maker of Heaven and Earth?

God is to be feared.

Thankfully, though, Mary may be adored.

“But we don’t pray to her,” the rabbis stipulate; “only through her.”

Beyond the universal syncretism of Mary as Mother God, down in the Southern hemisphere Roman Catholicism makes common cause with whatever superstitious religious rites were prevalent locally when she arrived.

Take, for instance, the Pope’s latest attacks upon God’s command that the murderer be executed:

Whoever sheds man’s blood, By man his blood shall be shed, For in the image of God He made man. (Genesis 9:6)

The Catholic World Report ran this headline a couple weeks ago:

Note this is an international publication for conservative Roman Catholics. The article’s first sentence reads: “Pope Francis says that his innovative teaching ‘does not imply any contradiction’ of the Church’s tradition but, one has to say reluctantly, it indeed does.”

Finally, CWR warns of the depth to which their Pope’s errors may descend:

Then there is the ancillary and unmentioned consideration of the role of punishment and hell in all this conjuring a suspicion of universalism, which is the denial of eternal alienation from God.

For many years I’ve benefited more from the critiques of the godless ideologies of Western elites written by Roman Catholics of the St. Ignatius/Wanderer/Sobranesque/Catholic World Report troops than anything put out by Reformed types. Not even close.

When it comes to capital punishment, here as in so many other places, the Roman Catholic hierarchy is putting on public display their Northern hempisphere syncretism of lockstep conformity with cultural elites.

Later in the Catholic World Report article, we read the following critique of Pope Francis’s betrayal of Scripture and his own church’s teaching:

Pope Francis justifies himself by invoking a “”progress” in society, but this is a humanistic—even Pelagian—confidence that has no warrant in reality. It also lets loose a cataract of contradictions. For instance, one of the Pope’s men, Archbishop Marcelo Sorondo, praised Communist China for coming “closer to Catholic social teaching” than the United States…

When you read Peter Leithart commending the Roman Catholic Church to exceedingly naive Reformed (and otherwise) Protestants, remember Pope Francis is the head of this church Leithart is commending and these are the criticisms being levelled against this pope by the most loyal and orthodox Roman Catholics in the world—bar none.

This is no anomaly, either; the past couple Popes have fallen all over themselves trying to deny supercessionism, instead commending a path of salvation for Jews that is an end run around the exclusivity of the Gospel of Jesus Christ.

The Vatican is a house of cards, but Leithart hasn’t a clue. It was from ignorance of Roman Catholicism that Leithart took to the airwaves to call the Protestant Reformation a failure several years ago.

I do not say this to pick a fight, but to warn the faithful.