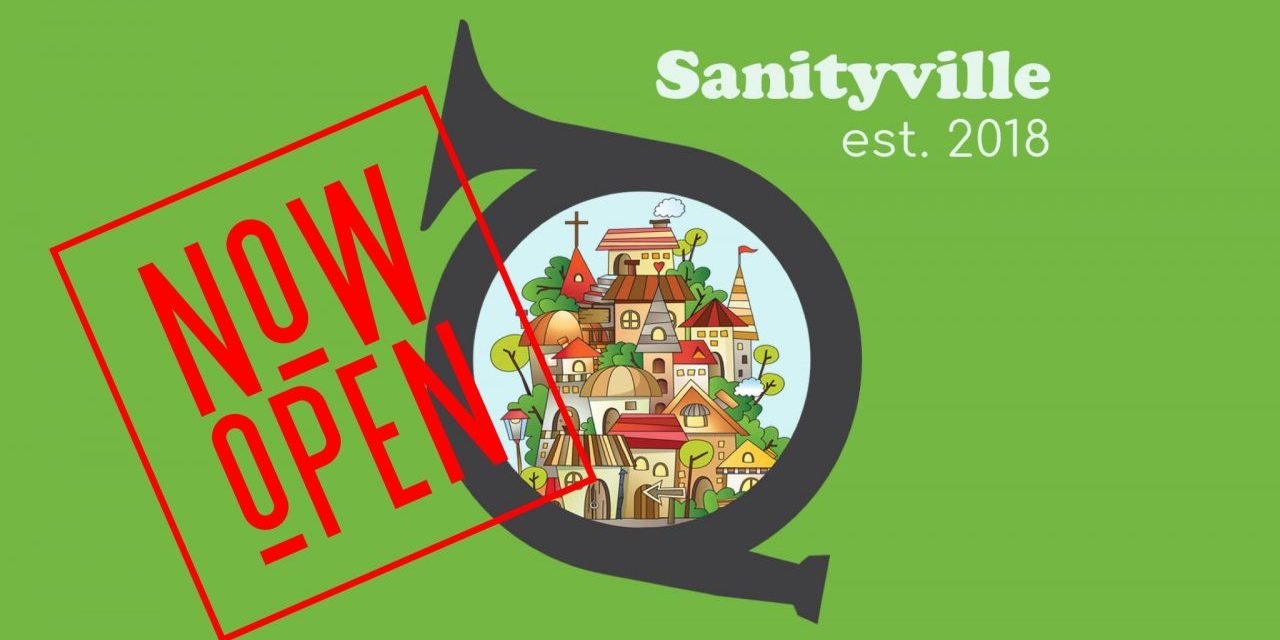 We’re very excited about the wonderful response we’ve had so far to Sanityville, and we’re delighted to share it with everyone today. You can check it out for yourself at https://sanity.warhornmedia.com.

We’ve been invite-only for the past few weeks, and we’ve already had some great conversations. There was some good discussion here on Tim’s article about Wheaton shaming a black anti-abortionist, for instance. From now on, at the bottom of each Warhorn Media post, you will find an invitation to “Join the discussion at Sanityville.” If you have a question or a comment about a post, we hope you’ll jump in.

It was also great to see fans of Sound of Sanity sound off about some of the recent episodes here and here. We’re all hoping that Pastor Stu gets what’s coming to him.

But Sanityville isn’t primarily a place to comment on Warhorn Media content. More than that, it’s a place for discussion with like-minded Christians about topics and stories that matter to you. One citizen of Sanityville posted a letter written by a Chinese pastor undergoing terrible persecution. Not only was the letter strengthening and helpful, but the conversation about it explored some important questions about how we should live as Christians in a secular culture.

From lighthearted banter, to encouragement, warnings, and difficult questions, we’re confident that Sanityville will be a far better use of your time than scrolling through Facebook—not to mention more fun.

We announced Sanityville for the first time back on November 15th. The world says Biblical Christians are insane. The world says that to get along, Christians should reject the Bible’s most basic teachings. We’re not going to do it, and we’re not going into hiding. So we built Sanityville for Christians who are committed to the Bible precisely at the points where Biblical Christianity is under attack today. We thought about using Facebook to host our online discussions, but we decided that was a bad idea. Instead, we built something that we hope will be uniquely Biblical in its approach to online conversation.

We thought carefully about what should be “private” and what should be public, and everything mentioned so far is in The Public Square. We hope there will continue to be genuine Christian community in Sanityville, to the degree that’s possible online. Such community inevitably leads to conversations that require more privacy, though. Hrothgar’s Hall is our answer to that need—a “private”* category, where only citizens of Sanityville can view, comment or post new topics.

For a quick primer on Sanityville, including information on how to become a citizen, please click here.

We hope you join us soon.

* “Private” is in scare quotes because nothing is truly private if it is online, even if Google can’t index it.