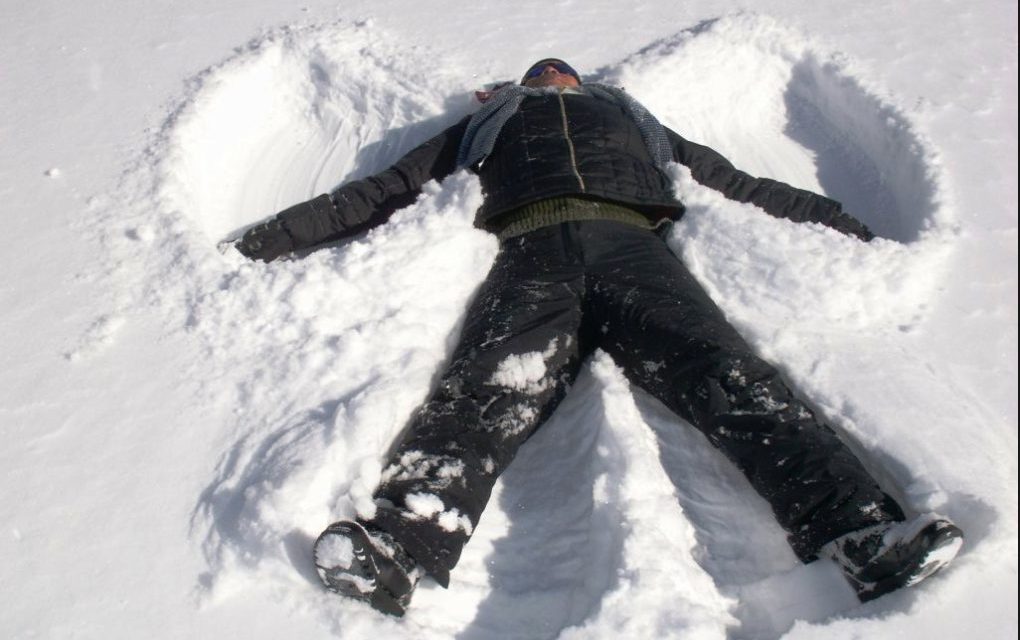 Back in Philly we had friends who came from military stock. One of the grandpas had been a general in the army, so rules were rules. They lived in an large, old brick home with overgrown evergreens fighting to keep light from the windows, so it was sort of dark inside. There was lots of love and cheerfulness, but the dog sniffed you in your lap while you ate dinner, sometimes you were served chocolate mashed potatoes, and no one was allowed to walk on the snow.

Rules were rules. No footprints in the snow. It was to remain pristine. Always.

I think of these dear quirky friends now as I look outside at the brushing of whiteness on this dark world.

The rainbow reminds us of God’s mercy in not consuming the world in His wrath. The fresh-fallen snow reminds us God washes our sin off us, making our filthy hearts white like snow. Every part of His creation shouts its testimony of His perfections! The brilliant purity of new snow with the morning sun sparkling off it testifies to the perfect righteousness we have in Jesus:

“Come now, and let us reason together,”
Says the Lord,
“Though your sins are as scarlet,
They will be as white as snow…”

Oh the depth of mercies there are in our great God!

Can you count your blessings, naming them one by one? Start with the sins He has washed away—the corruptions that had stained your heart scarlet but now have been washed leaving your heart white as snow. Name them one by one. Then, by faith rejoice!

The snow is your witness, your testimony to your whiteness. Go outside, lie down, and make an angel.

Mess it up real good, but God will clean it up again. His snow doesn’t whitewash anything. He doesn’t deal in deceit. Snow is really and truly white and there’s nothing false about its whiteness.

We know because He says He will clean the scarlet bloodiness of our hearts up, making them white as snow.

So there was some genius in our friend’s quirkiness. Keep the snow testifying as long as possible.

But me, I say go out and play in it. Muss it up real good. God will clean it up again.

There is an infinite supply of washing in the precious blood of our Lord Jesus.