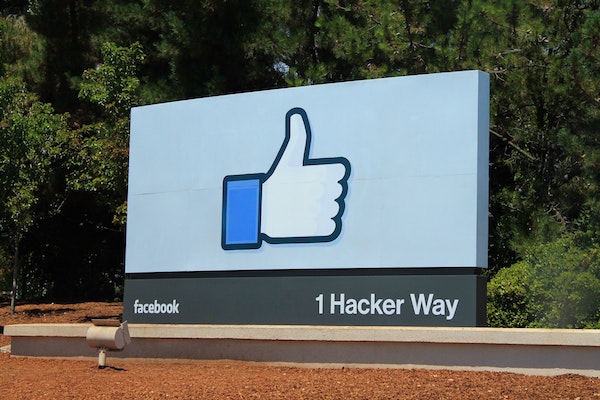 In the time we spent planning Sanityville, one question kept coming up: why don’t we just start a Facebook group?

It’s a good question, and it deserves a full answer. After all, just about everyone we know already has a Facebook account, and most people check Facebook multiple times per day. On top of that, creating a Facebook group would be far less work, and certainly cost less than just about any other alternative.

Or would it? In the end, the cost of using Facebook is precisely why we chose to go elsewhere.

Facebook, Google and other tech giants dominate the internet, and they’ve done so by making it easy for us to interact online with one another. Do you remember the thrill of having a Facebook account for the first time? I do. It was intoxicating. I was suddenly connected to everyone I had ever known, and I could actually get a message to them. Easily! No email addresses to remember, no complicated forms to fill out. And, as it grew Facebook made it easier to interact in ways we couldn’t even imagine years ago. And, best of all, it’s all FREE!

So if Facebook has such a good thing going, why do something else?

We thought long and hard about what we want in an online community, and quality discussions are at the very heart of it. Facebook is terrible for thoughtful discussions. There are many Facebook groups out there, and many of them are very helpful. I have a daughter with a rare genetic disorder, and the CFC Facebook group has been a lifesaver for my family. There are certainly things Facebook is good for, but Facebook’s primary goal is not to foster substantive discussion. Facebook’s main goal is to keep your eyeballs on Facebook. Have you ever tried to have a meaningful, and possibly tense, exchange with someone on Facebook? Have you ever tried to go back and find a discussion that you had months, weeks or even days ago? It’s not easy.

Another real downside is that Facebook, the company, is no friend to Bible-believing Christians. I’m not opposed to the authority that Facebook and Google wield per se, though I do think they have too much of it. If you’re going to use their software and their servers, you should expect to play by their rules. But everyone who’s paying attention knows that the tech giants are opposed to Biblical Christianity, and they are opposed to it particularly when it comes to sexuality. Facebook and Google have been known to suspend or shut down the accounts of those who question the progressive anti-Christian ideal de jour. If we’re going to invest the time and energy into creating an online community, we want to do it where the rug can’t so easily be pulled out from under us.

We also want these discussions to be public and freely available to anyone on the internet. Hopefully, that means we’ll be better able to reach people. Facebook requires you to have an account in order to see most things. And whether or not you see the discussion at all, even if you do have a Facebook account, is dependent on Facebook’s constantly changing algorithms. It’s like having someone sit in the passenger seat and grab the steering wheel occasionally while you’re trying to drive. No thanks.

Facebook is free because they sell the information about you and your friends and family to advertisers. So does Google. So do many companies. We’re convinced that we should be able to enjoy the benefits of our technology without having to settle for a society in which everything about you is monitored 100% of the time. Facebook tries to know everything it can about you to improve its advertising. And so they track as much of your online behavior as they can, as often as they can. (This is true whether you are on Facebook or not.) We don’t think we should ask members of our community to put up with that just so they can participate.

Many people are sick of Facebook and want alternatives. This has been a recurring conversation in my church, and I’m guessing in your church, too. Most of us have wasted time by getting sucked in to all the Facebook click bait when we just wanted to spend a couple minutes reading what our friends were sharing. We’d like to leave all the click bait behind.

According to some, the Facebook era is over. If that sounds impossible to you, remember that many other large internet companies have already come and gone. I have no idea what will replace Facebook, or if it will be “replaced” at all. But I do hope you’ll join us in a cheerful little corner of cyberspace called Sanityville. You may request an invite now by contacting Joseph Bayly (jtbayly@gmail.com), but we’ll be opening to the public very soon.

We can’t wait to see you there!