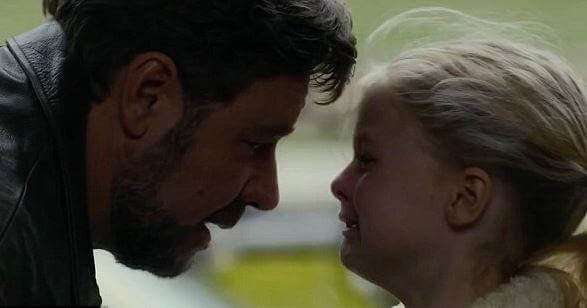 A friend finds himself in the position of trying to bring another Christian leader to heel late in the game. After decades of letting the leader do mostly as he wished, the time came when accountability of a very specific nature was needed, but it’s not going well.

This got me thinking about authority and submission, and specifically a principle that applies in every Christian home and church.

But first, note my speaking about specifically Christian homes and churches. This is not because authority and submission don’t exist outside the Christian faith, but because to me it seems as if most Christians believe authority and submission are only necessary among believers who are doing very poorly at sanctification. Truly holy people put others before themselves and thus needn’t say “no” nor be told “no.”

Consider how squeamish and dainty Tim Keller is speaking about authority in marriage. It’s clear he thinks authority and submission are only relevant when there’s been a sinful breakdown of Christian character. But these things do happen (long sigh and evident regret), at which point the husband will have to break out that nasty holdover from cavemen Tim refers to as “tie-breaking authority.”

To Tim, the exercise of tie-breaking authority always proves a prior failure of husband, wife, or both.

Can we at long last repent of our disdain for the Fatherhood of God writ large over all His creation? Have we seen enough yet to admit we were wrong about authority and submission? Is it clear yet that there’s not been one iota of diminishment of authority in our progressive world the past five decades or so, and all that’s changed is the rebellion of wives and children has enabled civil magistrates and their endless apparatus of teachers, social workers, professors, judges, law enforcement officers, and guardians ad litem to assume more and more and more authority. 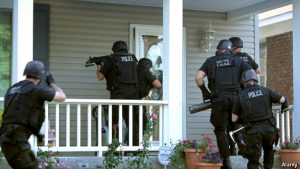 And there is no tie between a husband and his wife—other than the tie that binds them to one another till death doth them part.

Every person is to be in subjection to the governing authorities. For there is no authority except from God, and those which exist are established by God. (Romans 13:1)

Authority is always and everywhere good because authority always and everywhere has been appointed by God. And He didn’t sigh when He did so. It wasn’t a concession He made to our sinful nature because when He placed federal headship in Adam, not Eve, everything was perfect. It was the Garden of Eden!

God is the Father from Whom all fatherhood gets its name and He is not given to apologizing for His Nature or Name.

Back, then, to the Christian brother trying to bring the older Christian leader to heel very late in the game. Here’s the principle.

Muscles never exercised or used lose their resilience and strength, and it’s this way with authority and submission, also. They are muscles that must be flexed, and if you are ashamed to think of them this way or exercise them, you have only yourself to blame for the blowup that is inevitable when you do finally, regretfully, with great hesitation and trepidation find yourself in the unenviable position of saying “no” to those under your authority.

You will be so far down in the hole of your own making that crawling out will be next to impossible, both for you and for those for whom God has made you responsible.

You ask what exercises there are for the building of proper authority and submission in Christian homes and churches?

You’re a mother? Ask your eldest son to bring you a glass of water even though you would have been happy to get up and get it yourself.

You’re a father? Ask your youngest daughter to give her older sister the doll for a time, and not cry or whine about it.

You’re a board of elders? Ask your senior pastor to preach shorter sermons, adding that you would like a report each session meeting of the number of minutes he’s preached in each service the previous month.

You’re a wife? Give your husband the salad dressing he prefers.

You’re a husband? Ask your wife to give you the salad dressing you prefer.

You’re a church member? Join the church and promise submission to the elders. Publicly if possible.

You’re an elder of the church? Admonish your small group leader for his selfishness, always choosing the best seat in the house (not his house, by the way) and always talking about himself.

It’s hard for an old dog to learn new tricks, and you wouldn’t believe how quickly you’ll get old. Strengthen your authority skills before it’s too late. Strengthen the submission skills of those you bear responsibility for before it’s too late. We are all creatures of habit, and better for our habits to run positively in the direction of proper authority and submission than negatively in the direction of abdication or abuse, and rebellion.

All that happens when Christians at home and church avoid authority and submission is that our civil magistrates take on more authority themselves, and we submit to them more ourselves.

At dinner tonight, Mary Lee suggested I add the note that this is not a post on loving your wife or living with her in an understanding way. This post is not inimical to those things, but don’t expect this post specifically to address those separate, but related, questions.

In that connection, one person tweeted in response to this post, “What do you suggest when a husband exercises his authority muscles and commands his wife to do X (put the kids to bed on time, get ready to have sex) and she disobeys him? How does a Christian husband proceed?”

I responded: “Sex is a matter of love—not command. If your wife doesn’t want to love you, that’s a fundamental problem unlikely to yield to command without becoming brutish and degraded. As for command in other areas, it’s an art—not a science. Any counsel coming from a stranger is useless.”

I add here that sex is the one case in Scripture that actually qualifies as mutual submission in that the Bible speaks explicitly of the authority the husband has over his wife’s body and the authority the wife has over her husband’s body (1Corinthians 7:4). So although I abhor the talk of “marital rape,” sex that is not mutual is not sex as God designed and commands it. As Mary Lee and I agreed when we discussed it a few minutes ago, that means an awful lot of sex down through history has not risen to the level of true intimacy and love, and therefore violated God’s design, sexually.