Since Bible translators talked the twenty-first century Church into getting rid of the words Scripture uses to speak of sex, that biological distinction God assigns each of us at the moment of our conception, the Church has shown great eagerness in following the translators’ lead. Now Christians have no qualms against adopting the world’s sexual terminology even though it’s been coined to cover up our lies and rebellion against God’s order of creation.

One of those perverted usages now nearly as universal inside the Church as out is the abandonment of  “sex” to refer to the male or female God makes each of us. It’s now mandated we call this “gender,” and so, for instance, Google News ran this headline this morning. Carrie Underwood took the occasion of the Country Music Association Awards to announce her unborn child’s “gender.”

“Gender?” For Underwood and Google to use this word in this way was a mistake. Follow my thinking.

“Gender” is the word everyone employs to refer to the place on the continuum of cis, gay, lesbian, bisexual, transsexual, dyke, fairy, queer, and questioning a person chooses for himself. Gender is deeply personal and always a matter of choice. No one chooses anyone’s gender for them, least of all God or their mother. A person must choose his gender for himself. 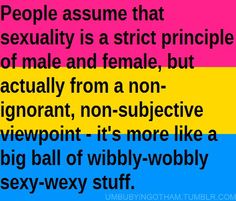 Sex, on the other hand, is a social construct. Sex is God’s oppressive straitjacket, but LivingOut gender is liberation.

When someone comes out of the closet about their “gender,” he is a new creation. Old things have passed away; behold all things are new.

Carrie Underwood didn’t reveal her child’s gender. How could she? To do so while the little one is still in her mother’s womb is to rob that little one of choice. Let him reveal his own gender in his own time. Maybe when he’s three, he’ll have an opinion. Maybe not until he’s ten or twelve or sixteen. Maybe not until he’s been an NFL linebacker married for thirty years with four children will he finally have the courage to reveal his gender, and begin to live it.

If there’s ever a place or time when we should not speak of “gender,” it’s while the child is inside his mother’s womb unable to speak for himself. Precisely then is the moment when all we know is the child’s sex, that duty assigned by God at the moment of conception that is the very foundation of our personhood.

Men and women rebel against it, but let them. God will have the final say. Let them call themselves queer or cis or questioning. God’s sexual command stands firm and He will prevail.

There’s a lesson in it for us. Christians should never speak of God’s bifurcation of man into man and woman as “gender.” Use your words to confess your faith. Call it “sex.”

Ask someone his “sex” and if he tries to change it to “gender” and assign himself some label of this or that perverse rebellion, gently explain to him that you’re not asking him a question about his political ideology. You’re asking him a biological question; a physiological question. You want to know what body parts he was given in the womb.

Let pagans and worldlings make a mishmash of God’s command and man’s rebellion, calling both “gender” and treating everyman’s rebellion with deference. It’s as it should be. They know not God.

We who belong to the Father, Son, and Holy Spirit are called to be God’s peculiar people, especially at this point of furious rebellion against God the Father Almighty.

And you know? Sex is drop-dead gorgeous. They try to humiliate it and stamp it out, but they can’t. God made it.