The morning after midterms: the pulpit leads the world 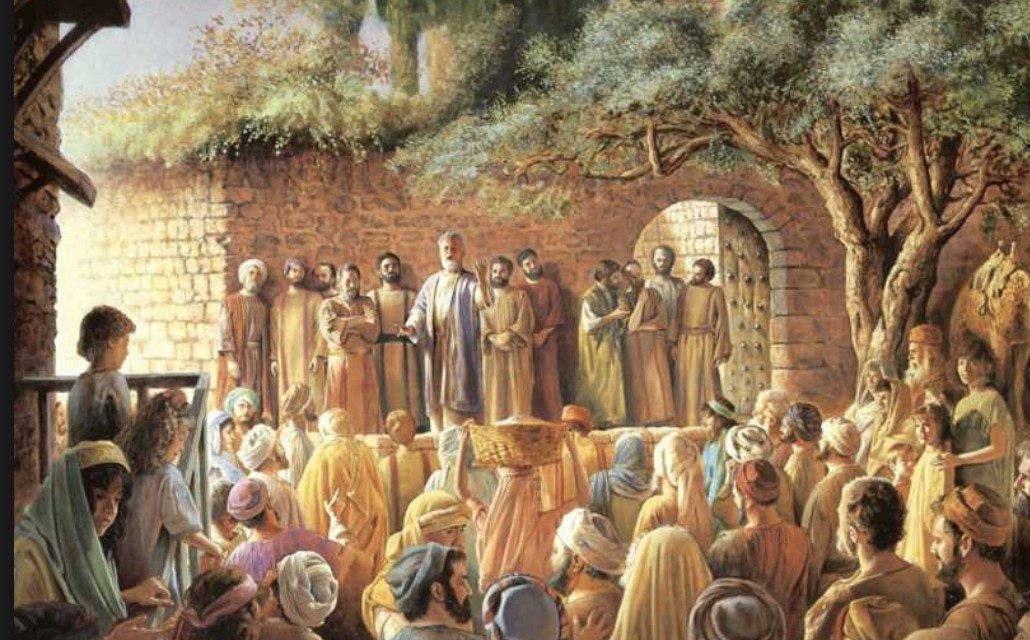 Mary Lee and I were driving east for a conference with a group of Reformed pastors and elders last month, and as we drove we listened to a number of books before finally settling on that great American novel, Moby Dick.

One section struck us with its application to the Reformed church of our time, and this morning that section comes to mind as I read the news surrounding our midterm elections.

Before sailing out of the harbor, “Call me Ishmael” finds a small chapel where the preacher, Father Mapple, is a former sailor. The sermon’s text is the book of Jonah and Ishmael prefaces the sermon with this statement of the power God has been pleased to visit upon the preaching of His Word:

[The pulpit’s] panelled front was in the likeness of a ship’s bluff bows, and the Holy Bible rested on a projecting piece of scroll work, fashioned after a ship’s fiddle-headed beak.

What could be more full of meaning?—for the pulpit is ever this earth’s foremost part; all the rest comes in its rear; the pulpit leads the world. From thence it is the storm of God’s quick wrath is first descried, and the bow must bear the earliest brunt. From thence it is the God of breezes fair or foul is first invoked for favourable winds. Yes, the world’s a ship on its passage out, and not a voyage complete; and the pulpit is its prow.

“The pulpit leads the world.” 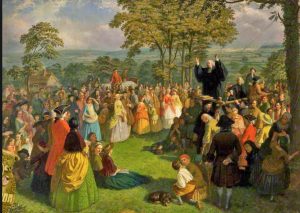 Across American history this has been obvious, starting with men like Cotton Mather and Jonathan Edwards in Colonial New England and continuing down to men such as Tim Keller, today. Keller’s pulpit has been our prow for a generation or two now, spreading across North America (and really, the world) from Redeemer Presbyterian Church in Manhattan. Having formed the preaching of men like the PCA’s Scott Sauls, Tim sent them out across the country where they now repeat what they heard their master say, and through these disciples Tim’s pulpit will continue to lead the world for years to come.

Contrast Pastor Keller’s influence in New York and across North America with the influence of my friend Pastor Phil Jensen and his brother, Peter, down in Sydney, Australia. The contrast could not be more stark.

Phil and Peter Jensen were contemporaries of Keller, but their leadership Down Under continues1 in the opposite direction from Tim Keller’s prow up in Manhattan, and the prows of his disciples. So, for instance, this past year Sydney’s Anglican Diocese donated $1 million to the “no” campaign on a referendum to legalize sodomite marriage. The media was frothing at the mouth over the church working to influence the morality of the nation, but Archbishop Glenn Davies stood firmly in the prow, preaching.

Saying he made “no apology” for working and spending money to get Australians to vote “no,” he continued:

I believe that a change in the definition of marriage is unwarranted, not just because it is in opposition to the teaching of Scripture …but because I believe marriage, traditionally understood as a union of one man and one woman, is a positive good for our society, where marriage and the procreation of children are bound together as the foundational fabric of our society, notwithstanding the sad reality that not all married couples are able to conceive. Moreover, I consider the consequences of removing gender from the marriage construct will have irreparable consequences for our society, for our freedom of speech, our freedom of conscience and freedom of religion.

I answered that I hadn’t cited it, but my source was Melville’s Moby Dick, leading him to interrupt saying he didn’t care where the quote came from, following with “where does it say that in the Bible?” 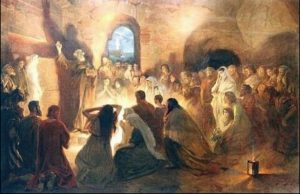 To which I responded that the entire Bible says it, from the prophets through the book of Acts where we read of the preaching of the Gospel turning the ancient Roman Empire on its head and getting the Jewish leaders to gnash their teeth.

He continued adamant in his denial, at which point I probed whether he was an R2K acolyte of men like Darryl Hart and David VanDrunen?

Bingo. And later in the conference, this pastor interrupted my message on the sin of effeminacy, saying I should stick to preaching the simple Gospel. He was quite adamant about it and I had to ask him if he’d please let me finish and we could talk afterward?

This is the preaching of Reformed pulpits in our nation today, and it leads me on this morning following our midterm elections to make the obvious point that everything going on in these United States right now, from our White House to our Congress and Supreme Court down to our state capitals and governors’ mansions down to our mayors and school district superintendents, even to the words squawking in our police cars and the smiles and frowns of our crossing guards, is the product of our pulpits.

Pastors are the prow and this nation is their ship. Women are taking over our professions and courts and public offices because Tim Keller leads the world. Sodomite marriage was legalized because Keller’s acolytes lead the world. Reparative therapy is outlawed because Russ Moore and Al Mohler lead the world. Revoice was held because Bryan Chapell at his Covenant Theological Seminary, and before him Ed Clowney at his Westminster Theological Seminary, and before him Harold John Ockenga at his Gordon-Conwell Theological Seminary taught the Reformed pastors of our nation never to preach the fear of God, yet to make a good show of it keeping the souls under our watchcare from suspecting us of betraying our calling.

The women and men we elect who lead us couldn’t have greater clarity in demonstrating the quality of our preacher’s work.

Let’s close with another excerpt from Moby Dick, this from the sermon preached by Father Mapple coming after Melville’s statement “the pulpit leads the world.” Bear with it patiently; before you finish, you will reap a wonderful reward:

“Shipmates, God has laid but one hand upon you; both his hands press upon me. I have read ye by what murky light may be mine the lesson that Jonah teaches to all sinners; and therefore to ye, and still more to me, for I am a greater sinner than ye. And now how gladly would I come down from this masthead and sit on the hatches there where you sit, and listen as you listen, while some one of you reads me that other and more awful lesson which Jonah teaches to me, as a pilot of the living God. How being an anointed pilot-prophet, or speaker of true things, and bidden by the Lord to sound those unwelcome truths in the ears of a wicked Nineveh, Jonah, appalled at the hostility he should raise, fled from his mission, and sought to escape his duty and his God by taking ship at Joppa. But God is everywhere; Tarshish he never reached. As we have seen, God came upon him in the whale, and swallowed him down to living gulfs of doom, and with swift slantings tore him along ‘into the midst of the seas,’ where the eddying depths sucked him ten thousand fathoms down, and ‘the weeds were wrapped about his head,’ and all the watery world of woe bowled over him. Yet even then beyond the reach of any plummet—‘out of the belly of hell’—when the whale grounded upon the ocean’s utmost bones, even then, God heard the engulphed, repenting prophet when he cried. 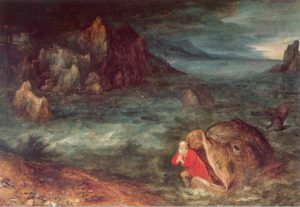 “Then God spake unto the fish; and from the shuddering cold and blackness of the sea, the whale came breeching up towards the warm and pleasant sun, and all the delights of air and earth; and ‘vomited out Jonah upon the dry land;’ when the word of the Lord came a second time; and Jonah, bruised and beaten—his ears, like two sea-shells, still multitudinously murmuring of the ocean—Jonah did the Almighty’s bidding. And what was that, shipmates? To preach the Truth to the face of Falsehood! That was it!

He dropped and fell away from himself for a moment; then lifting his face to them again, showed a deep joy in his eyes, as he cried out with a heavenly enthusiasm,—”But oh! shipmates! on the starboard hand of every woe, there is a sure delight; and higher the top of that delight, than the bottom of the woe is deep. Is not the main-truck higher than the kelson is low? Delight is to him—a far, far upward, and inward delight—who against the proud gods and commodores of this earth, ever stands forth his own inexorable self. Delight is to him whose strong arms yet support him, when the ship of this base treacherous world has gone down beneath him. Delight is to him, who gives no quarter in the truth, and kills, burns, and destroys all sin though he pluck it out from under the robes of Senators and Judges. Delight,—top-gallant delight is to him, who acknowledges no law or lord, but the Lord his God, and is only a patriot to heaven. Delight is to him, whom all the waves of the billows of the seas of the boisterous mob can never shake from this sure Keel of the Ages. And eternal delight and deliciousness will be his, who coming to lay him down, can say with his final breath—O Father!—chiefly known to me by Thy rod—mortal or immortal, here I die. I have striven to be Thine, more than to be this world’s, or mine own. Yet this is nothing: I leave eternity to Thee; for what is man that he should live out the lifetime of his God?” 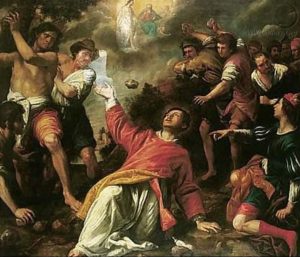 This from our Pilot Paul:

I solemnly charge you in the presence of God and of Christ Jesus, who is to judge the living and the dead, and by His appearing and His kingdom: preach the word; be ready in season and out of season; reprove, rebuke, exhort, with great patience and instruction. For the time will come when they will not endure sound doctrine; but wanting to have their ears tickled, they will accumulate for themselves teachers in accordance to their own desires, and will turn away their ears from the truth and will turn aside to myths.

But you, be sober in all things, endure hardship, do the work of an evangelist, fulfill your ministry. For I am already being poured out as a drink offering, and the time of my departure has come. I have fought the good fight, I have finished the course, I have kept the faith; in the future there is laid up for me the crown of righteousness, which the Lord, the righteous Judge, will award to me on that day; and not only to me, but also to all who have loved His appearing. (2Timothy 4:1-8)