Back to the Reformers (2): Martin’s Katie and Katie’s Martin 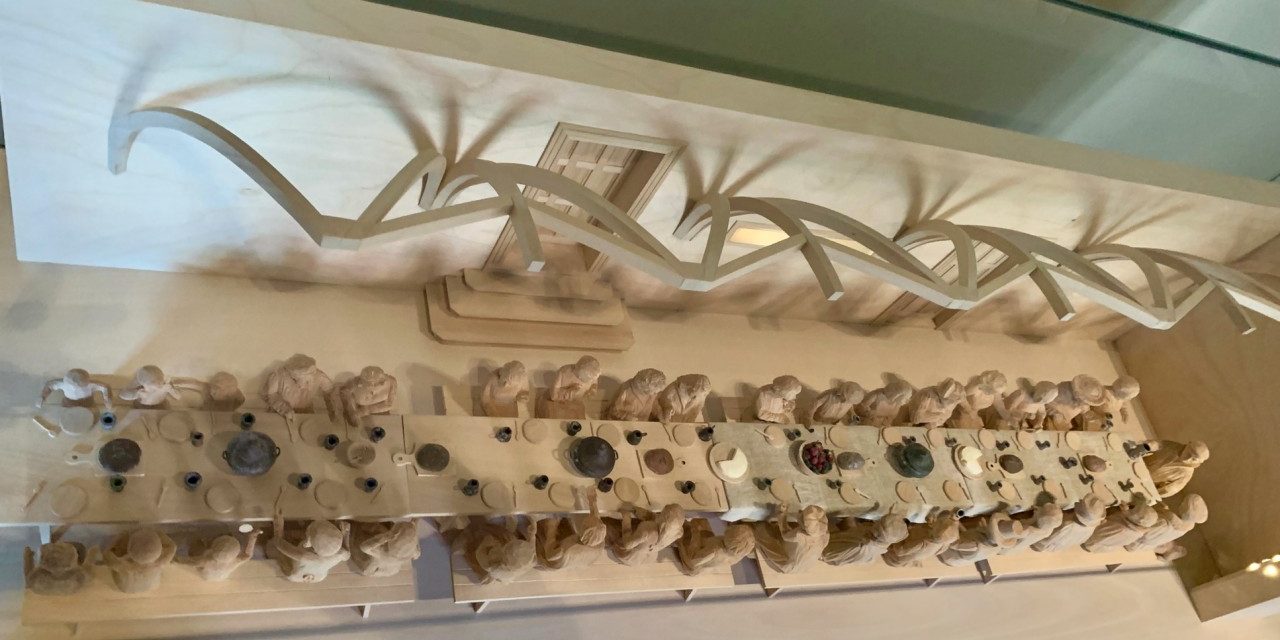 [Second in a series.]

Brian Bunn and I spent the past week and a half seeing some of the major sites of the Reformation. In the middle of our trip we had a very pleasant three days with our dear friends, Juergen and Ilsa Von Hagen.

Historically, the highlight of the trip was Wittenberg. If you get a chance, go there. It was the week of the 501st anniversary of the posting of the 95 Theses and there was hardly a soul present. The Castle Church and its relics. The Door. The Cranach household and paintings.

Two highlights of the visit were Martin Luther and his wife Katie’s home and their home church, St. Mary’s Town Church. There would be much to say about their home, but let’s take it a little bit at a time.

First, let it be said that Martin and Katie’s home was not Martin’s fiefdom, but Katie’s. Luther was a wise man who didn’t patronize women. He saw the division of authority God had decreed between man and woman and he didn’t infringe on Katie’s turf. She presided over the home and its domesticity, and he presided over the church and its instruction. Katie was the minister of internal affairs and Martin the minister of external affairs.

Is this heinous to our twenty-first century ears? If so, read on while asking yourself if any woman you know today has as much breadth of leadership, strength of influence, and personal authority as did Martin’s dear Katie?

Did Martin respect Katie’s authority over the home?

Yes. Martin affectionately referred to his wife as “My Lord Katie.”

Then there were ten to twenty students living with them, along with their tutors. These were paying guests whose room and board, after Martin’s salary, provided the largest part of the household income.

Also, there were ten employees, the children’s teacher, the cook, Luther’s secretary, Luther’s assistant, various servants and maids, the swineherd, and the coachman. Also regularly present were houseguests visiting Wittenberg and Luther. All of them were under Katie’s roof.

Beyond household work, Katie presided over brewing the beer, keeping the bees, growing the produce—everything that made Martin’s life and ministry possible.

At the top of this post is a picture exhibited in Luther’s home today showing the hierarchy of the table seating. Martin and Katie sat at the head, then men and women, girls and boys alternated down the sides with the order descending by age and rank until the smallest children were seated at the other end of the table. This seating and eating was repeated twice each day, late morning and early evening.

After the evening meal, Martin retired to the living room with a small group of friends—and one woman, Katie. Here was the place where Luther’s “table talk” was recorded. Being the only woman present, Katie was no shrinking wallflower. She didn’t hesitate to express her disapproval of the talk—Martin’s in particular.

There is a wonderfully mixed crowd of young people, students, young girls, widows, old women, and children in the doctor’s house, which is why there is unrest in the house, for which many people regret Luthern. (1542)

“Unrest in the house,” people expressing disapproval of the way Martin and Katie ran their household; these are the risks (or rather, the certainties) pastors and their wives working for reform of the church today should expect. Personally, I love the proverb:

Where no oxen are, the manger is clean, But much revenue comes by the strength of the ox. (Proverbs 14:4)

Martin and Katie weren’t focussed on burnishing their image and assuring their legacy. Try to imagine any reformed celebrity today allowing so many people into their home, let alone permitting them to write down what was said in the living room after the evening meal. Including their wife’s criticisms.

This is the sort of organic transparency the contemporary reformed church cannot sustain. Why?

It’s hard to know whether to blame reformed celebrities themselves, or their acolytes. Whichever deserves the greater blame, we have arrived at a time when the church requires our pastors and authors to spin a web of deceit about their own character.

King David committed adultery, but none of our church leaders have ever done so. King David murdered Uriah, but no reformed celebrity ever paid for his girlfriend to have an abortion. Abraham lied, but not John Doe. The Apostle Peter was a scaredy-cat, but not John Doe. Solomon allowed his wives to turn him aside to idols, but never John Doe. He turns aside for no one. The Christians of Corinth were shamed by the Apostle Paul for going to court against fellow believers, but John Doe is exactly right when he files a lawsuit against Jane Doe I, Jane Doe II, and Jane Doe III.

Earlier this week I posted a piece on the secular media’s exposure of John Doe’s greed. A local radio station exposed John’s university being put on probationary status by its accreditation agency for his sweetheart deal providing millions of dollars of income over the years for his son-in-law.

What John and these other reformed celebrities lack is “My Lord Katie.” She’d quickly put them in their place, and what a blessing it would be to the church of our time.

All of us would become humble, recognizing the tenaciousness of this law of sin and death remaining within us.

(Originally, I included the names of reformed celebrities in each of these particulars, but My Lord Mary Lee told me to take them out, saying the names would create “distractions” allowing people to evade the main point. Thus readers will have to come up with their own names for each of the sins.)