Back to the Reformers (1): Wittenberg, 501 years later 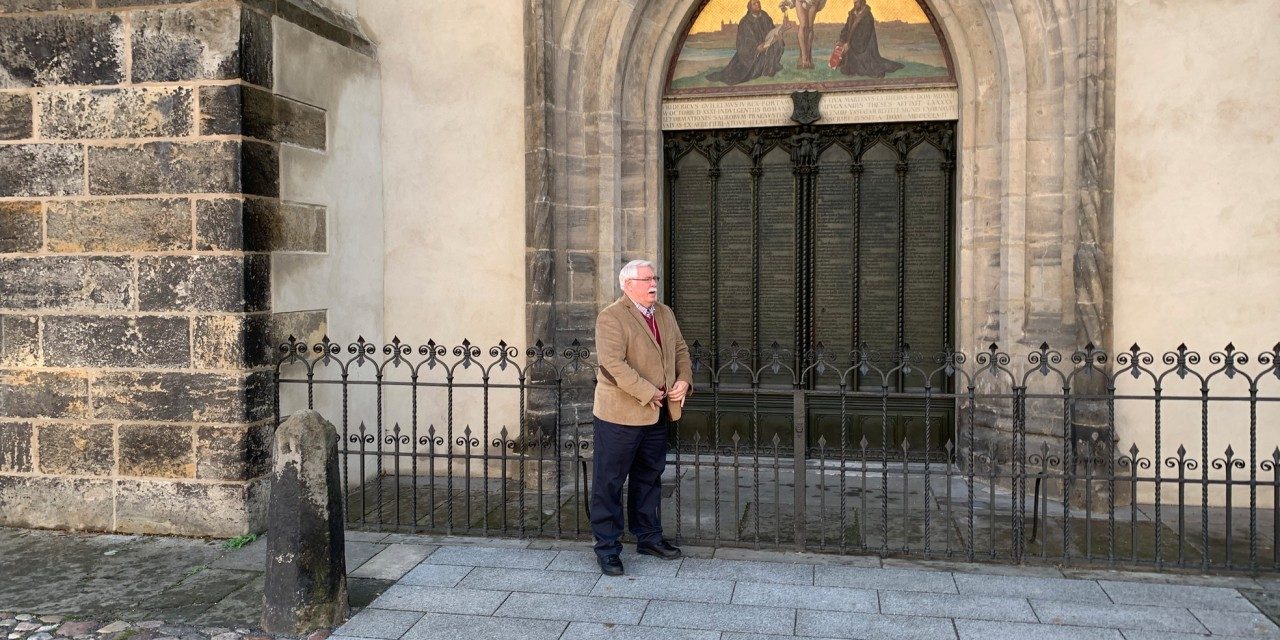 [First in a series.]

This is my friend Brian Bunn standing by the door of Wittenberg’s Castle Church where Luther posted his Ninety-five Theses 501 years ago this week. Brian called a month or two back and said he was retiring from flying for United and wondered if I would like to be his guest on a flight to Germany just prior to his loss of buddy privileges? What kindness! 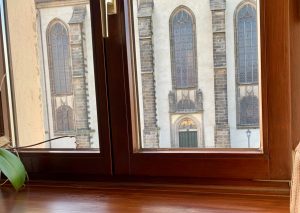 We’ve spent the past two nights in Wittenberg. This is the view from the hotel room across the street from the Castle Church where Luther posted his 95 theses. He put them up the night before All Saints, the one day each year commoners could attend worship there.

The significance of the day was that the district magistrate, Frederick, the Elector of Saxony, would put his collection of relics contained in the castle on public display on the morrow. It was a grand collection: the relics’ cumulative indulgence value was somewhere around three million years. 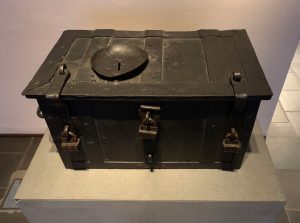 Luther’s ninety-five shots heard round the world didn’t attack Frederick’s relics, but the Pope’s indulgences. Had Luther focussed on the relics directly, Spalatin would have found his work much more difficult and it’s unlikely that, following Worms, Luther would have long remained a living, breathing soul. This is one of the “as soon as the coin in the coffer rings, the soul from purgatory springs” indulgence chests Tetzel would have used. It is on display in Luther’s home—or better, I should say Katie’s home.

Here is the “table talk” room Luther and his male companions retired to for conversation after the evening meal. Furnishings are original.