Revoice: what is actually going down there 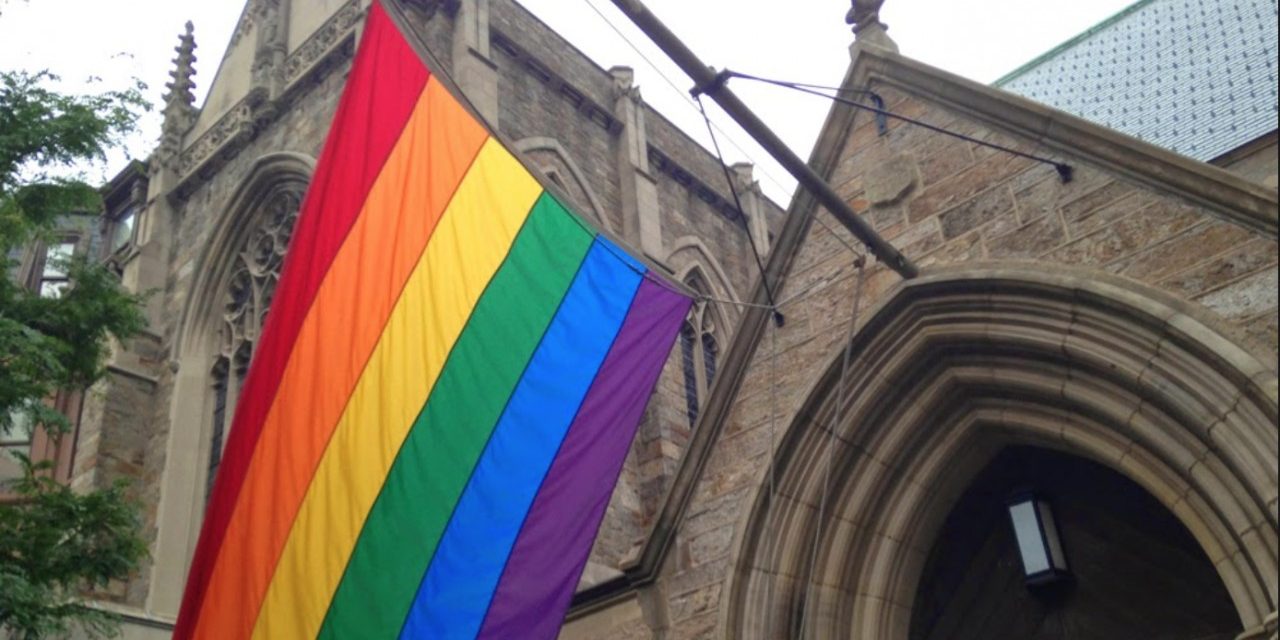 A Presbyterian elder emailed me today asking what’s going on at Revoice? He was surprised he wasn’t hearing anything from us about “what is actually going down there.”

The Revoice website has been up for months telling us in thousands and thousands of words and pictures. Even before the website went up, Scott Sauls and Covenant Seminary student Stephen Moss told us what would “actually go down there.”

For years, there has been as much evidence as anyone of sane mind needed to rebuke, admonish, censure—and if they didn’t repent, suspend Scott Sauls and Stephen Moss from the Lord’s Table and their calls. Their conference at Christ Presbyterian Church is in clear violation of the Seventh Commandment.

They exonerated Sauls. The only men PCA presbyteries find themselves capable of disciplining are those they never have to meet and eat lunch with in the union hall. Men like Doug Wilson—now there’s a man every PCA teaching elder prides himself on condemning! Out there in the gulag of Moscow, Idaho.

Looking to defend their union brother in the privacy of their union hall, the National Brotherhood of PCA Laborers exonerated card-carrying member Scott Sauls. So now he’s free to trot out this exoneration, proving to the sheep he’s a good shepherd.

Here’s the end of it. Over the past two days, a bunch of people identifying as “LGBTQ sexual minorities” gathered under the leadership of the Presbyterian Church in America—Covenant Theological Seminary administration and alumni and Missouri Presbytery members—at a Missouri Presbytery church pastored by Missouri Presbytery member Greg Johnson to celebrate effeminacy, sodomy, and lesbianism. Of course, all this while covering their tracks through Jesuitical condemnations of full same-sex intercourse.

They told us they were going to, and now they have indeed gathered and denied there is such a thing as sexual perversion that pastors, elders, deacons, and Titus 2 women should shame. They gathered to denounce shame. To condemn “chastity in body, mind, affections, and words.” Every last word and picture they sold their conference with in letters and on websites denounced shame and chastity, celebrating the very immodesty and shamelessness the Seventh Commandment condemns:

Question 138: What are the duties required in the seventh commandment?

Answer: The duties required in the seventh commandment are, chastity in body, mind, affections, words, and behaviour; and the preservation of it in ourselves and others; watchfulness over the eyes and all the senses; temperance, keeping of chaste company, modesty in apparel; marriage by those that have not the gift of continency; conjugal love, and cohabitation; diligent labour in our callings; shunning all occasions of uncleanness, and resisting temptations thereunto.

Question 139: What are the sins forbidden in the seventh commandment?

Answer: The sins forbidden in the seventh commandment, besides the neglect of the duties required, are adultery, fornication, rape, incest, sodomy, and all unnatural lusts; all unclean imaginations, thoughts, purposes, and affections; all corrupt or filthy communications, or listening thereunto; wanton looks, impudent or light behaviour, immodest apparel; prohibiting of lawful, and dispensing with unlawful marriages; allowing, tolerating, keeping of stews, and resorting to them; entangling vows of single life, undue delay of marriage; having more wives or husbands than one at the same time; unjust divorce, or desertion; idleness, gluttony, drunkenness, unchaste company, lascivious songs, books, pictures, dancings, stage plays; and all other provocations to, or acts of uncleanness, either in ourselves or others.

Now watch as the reports come out. Some will say this and some will say that. Deep-state institutions like Lig Duncan’s Gospel Renewal Network and John Freeman’s Harvest will be positive while expressing some reservations. People will disagree over the meaning of this word and phrase. Covenant Theological Seminary Vice President Jay Sklar PhD will be universally lauded for nailing the Jesuitical truth Covenant Seminary’s ongoing credibility requires. He will be widely reported as having said absolutely and certainly without reservation or hesitancy that, no question about it, God’s Moral Law condemnds full sodomitic intercourse. Absolutely and certainly and without doubt and irrefutably and irrevocably a thousand times over! You heard him, right?

Meanwhile, outside Jay’s lecture, there was not heard even one single commendation of modesty and its soulmate shame. The sin of “effeminacy” the Apostle Paul warns against in 1Corinthian 6:9 was only mentioned as part of speakers whining about toxic masculinity.

Revoice refused to allow men known to oppose their wickedness to register for their conference. Only reasonable men who could be trusted—men like Harvest’s Tim Geiger (2017 revenue $2,000,000)—were let in. Undoubtedly, some real opponents were able to fly under the radar and will get out some reports that are helpful.

But note Revoice did what they could to hide from those known to be opposed. Which Tim Geiger and his Harvest USA, Mark Dalbey and his Covenant Theological Seminary, and the PCA’s Missouri Presbytery are not.

Therefore, since we have this ministry, as we received mercy, we do not lose heart, but we have renounced the things hidden because of shame, not walking in craftiness or adulterating the word of God, but by the manifestation of truth commending ourselves to every man’s conscience in the sight of God.  – 2 Corinthians 4:1, 2