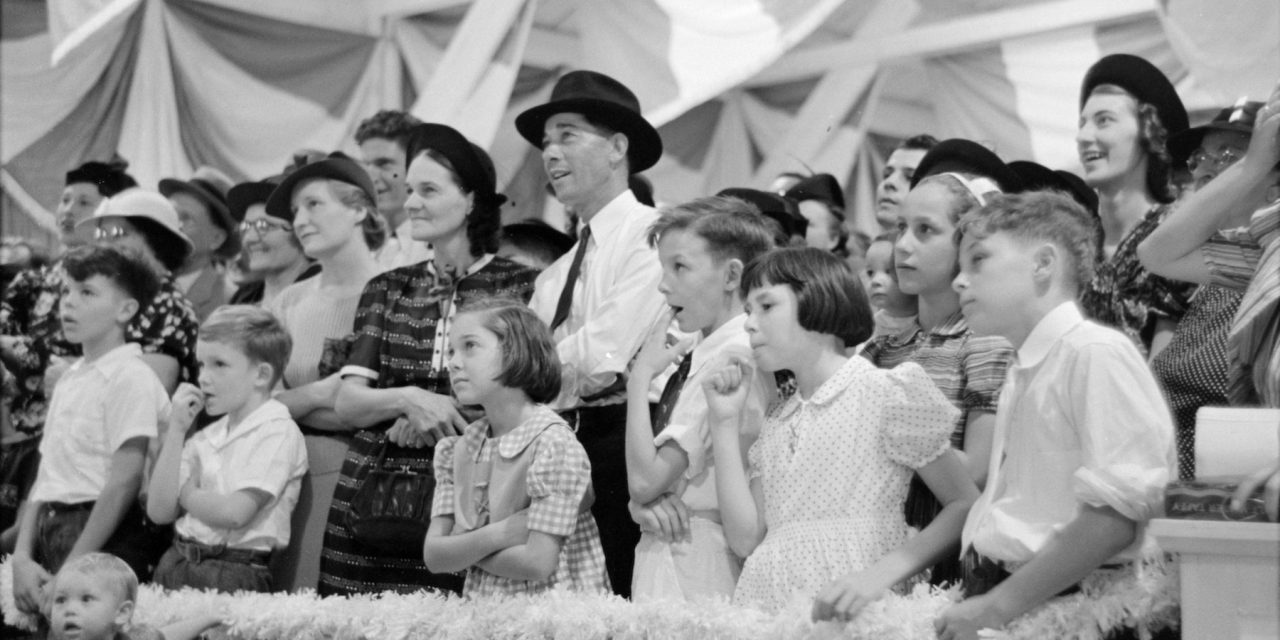 Good magicians know that patter is as important as finger speed. Patter keeps the audience’s attention away from what’s really happening.

Tim Keller’s patter is so effective that many within the Presbyterian Church in America (PCA) remain convinced he’s done nothing revolutionary.

But he has, and the move towards female deacons across the PCA is Keller’s Redeemer strategy repeated place after place: reduce the office by denying its authority; establish women deacons (deaconesses, deeks, etc.); place women over men in the new board; claim to be doing nothing more than what the Bible and BCO allow.

Tim Keller is a master of patter. The patter of Scott Sauls, heir presumptive to Tim Keller in the PCA, is less skilled.

If anyone left CPCN that morning convinced that women should be deaconesses on the basis of Pastor Sauls’s sermon, they are now equally persuaded that women should be elders. Sauls’s sermon was nothing more than a rehashing of egalitarian arguments for women elders and pastors—down to hoary old claims about Anna, Deborah, Priscilla and Esther being valued by God as leaders. This is weak stuff, and those who used it last were arguing for women pastors.

When Karl Marx wrote, “History repeats itself, first as tragedy, second as farce,” he didn’t foresee Scott Sauls following Tim Keller, but while Tim Keller is a gifted opponent of Scripture on manhood and womanhood, Sauls’s attempt to assume Keller’s mantle is farce. Keller would never employ such risible arguments for deaconesses and should Sauls’s arguments stand, women elders in the PCA are inevitable. Accept Pastor Sauls’s arguments at deacon and you’ve bought them for elder as well.

Before ending with several examples of Sauls’s logic, note what his fingers have busily been doing during his spiel. Sauls first advocated women deaconesses serving alongside male deacons by claiming that the diaconate is not an office of ecclesiastical authority and thus open to women. But then, claiming to champion women, he argues at point after point that women already have been granted authority over men by God. This is why he speaks of women as judges, prophetesses, national leaders and teachers. He is not arguing for women to be kept from authority, he’s arguing that God has already given them authority. Does he really believe the diaconate lacks ecclesiastical authority? Of course not. The lie’s revealed by the arguments he makes. He wants women to have authority over men. On the day he advocates women elders, he will re-preach this same sermon.

(Sermon 29:31) “Then you’ve got the Old Testament. We’ve heard earlier in the service from Miriam who is identified by the Bible and the book of Exodus as a prophet, also the music director in Israel…”

Miriam “the music director in Israel?” Really? Exodus 15:20 says, “Miriam the prophetess, Aaron’s sister, took the timbrel in her hand, and all the women went out after her with timbrels and with dancing.” Note Sauls’s casual inflation of Miriam’s status. She is a prophetess. The verse says it. She is not “the music director in Israel.” She led women in dancing. The Levites led worship. Such misrepresentation is so common in Sauls’s arguments that it’s worth noting only for its frequency.

(Sermon 24:52) “A woman was not regarded in those days as a trustworthy witness in a court of law, and so they weren’t allowed to testify in a court of law. Even when the women who were there witnessing the resurrection of Jesus go to the apostles, go to the men and say, “We’ve seen the Lord. He is risen,” it says that some of them doubted. Why would they doubt? Because it’s women who are bringing us this news. That’s the way things worked along the lines of gender back then…”

Really? The disciples doubted because it was women who brought the news? Is that why Thomas also doubted? Did the other disciples morph into women before his eyes, leading him to doubt on the basis of their androgyny?  What nonsense Pastor Sauls pulls from his hat. As though it were the reliability of the witnesses rather than the miracle of the resurrection that led the disciples to doubt. This was a bad argument in the 1960s when it first appeared, but repeated in the PCA today? One has to wonder if Pastor Sauls thinks southerners are stupid. Does he really believe they can’t recognize such weak egalitarian arguments?

(Sermon 23:20) “Paul greets 28 people in Romans chapter 16, a mixture of men and women, and if you examine it really closely, you’ll notice that he offers a personal word of encouragement to over 50 percent of the women and also to just over 30 percent of the men. So is Paul being androgynous here? Is he trying to emasculate men, diminish men somehow? No. He’s trying to create a playing field that says men and women are created equal. Men and women are equally in the image of God because they’re in a culture that says the opposite. They’re in a culture that says that women are lesser than that. Women are there to be personal assistants to the men. They should be seen but not heard.”

If Sauls believes that Paul greeting more women than men in Romans 16 is an argument for women deacons, on what basis does he ignore the early church laying hands on seven men and no women to lead in works of service (diakonia)? Does that not teach that men alone should be ordained to the office?

Perhaps Pastor Sauls would respond by claiming that Acts 6 is not the institution of the office of deacon. That those seven men were “deacons” only in the sense that they served tables.

But if the word “diakonia” in Acts 6 refers only to service and not an actual office of service, why does Sauls insist that in the case of Phoebe the same word must refer to an office? Surely, demanding an office for women based on a word that you deny refers to an office for men (who had hands laid on them for their service) is yet another jarring inconsistency, not a solution to the first.

Such arguments will convince only those who want to believe in the magician’s magic. No one is fooled by their logic. Listen to the sermon and you will find more of the same. By all means, listen to the sermon. Judge for yourself whether the arguments make sense.