Tim Keller: the perfect preacher for our time 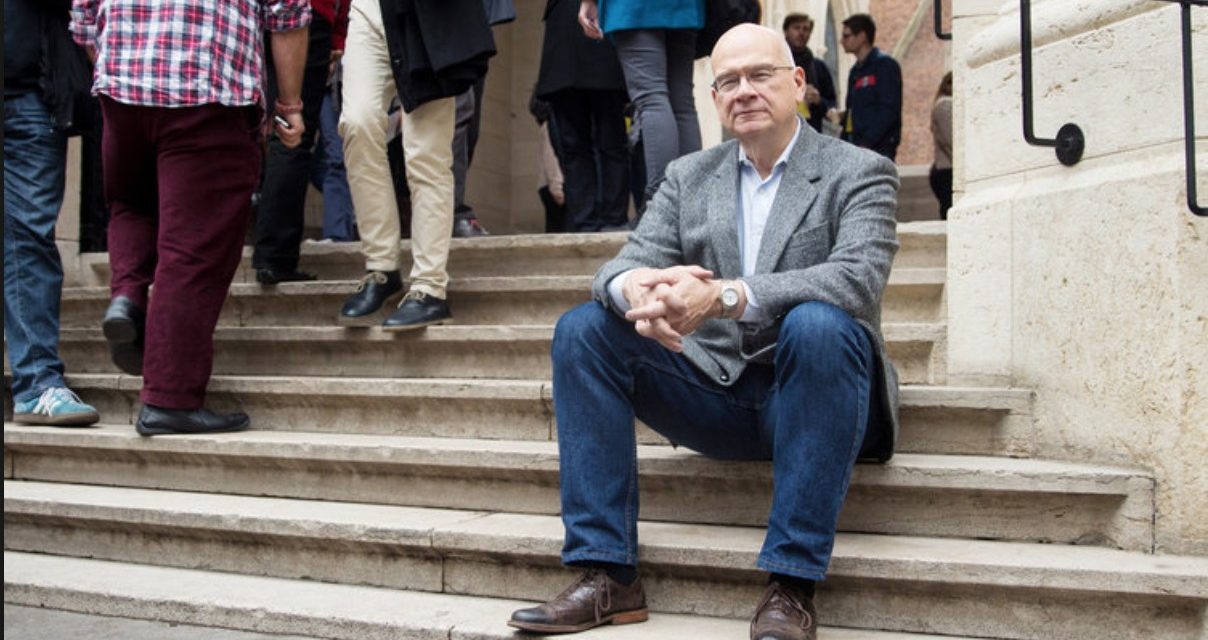 Back on Baylyblog where close to fourteen years’ of documentation of the decline of the American church reside, there is a tag “gelded discourse” that was inspired by Tim Keller.

For twenty years Tim Keller’s influence on pastors spread like wildfire across the church. Initially, back in the early nineties, I trusted Keller. When women and men left our congregation for New York City, I was thankful to be able to recommend Keller’s ministry at Redeemer Presbyterian Church. After all, he was a pastor in my (then) new denomination and it never occurred to me he might be soft at doctrinal battle lines such as Creation, homosexuality, Hell, feminism, and abortion. Nor did I know anything about his preaching. Having left the more liberal Presbyterian Church (USA), it was my assumption all was well.

Then women and men who had moved to New York City and attended Redeemer began to report back that all was not well. Specifically, one woman back in Bloomington for a visit was intense in her warning that Redeemer’s pastors were bad on feminism.

I was incredulous. Actually, I didn’t believe her. What sense was there in a man holding his credentials in the Presbyterian Church in America if he was embarrassed by the Biblical doctrine of Adam’s headship? Wouldn’t such a man have chosen the Evangelical Presbyterian Church or Christian Reformed Church? Both denominations have long been happy to allow women officers in their churches whereas submitting to Scripture’s prohibition of women teaching and exercising authority over men was close to the PCA’s raison d’être.

When the godly women of our parish had stopped serving as elders after decades of doing so, they were joyful as they watched fathers and husbands who were willing to serve as elders, teaching and ruling the flock. A few years after this reform, we all left the PC(USA) for the PCA, so now it was inconceivable to us that any PCA pastor would lead his church back into the wilderness our parish had been in for decades and just escaped.

So no, it seemed incomprehensible to me, personally, that Tim Keller would rebel against the PCA’s Biblical polity and doctrine by promoting woman officers. Why go backwards? Was Keller so naive as to think the very old errors of the PC(USA) were the future of the PCA?

But they say every institution becomes the thing it was founded to oppose and soon the entire PCA was gaga over all things Kellerite and Redeemerish—and most especially his woman officers! Now I’ve spent two-and-a-half decades being incredulous.

As I said, it was back in the early nineties when this sister from Redeemer reported that Tim Keller and his fellow Redeemer pastors were soft on feminism, and not quite believing her report, I assumed she was overreacting to some pastoral misstep or verbal infelicity on Keller’s part. So I defended Pastor Keller and sent my sister back to Redeemer with assurances that she must be misunderstanding her pastors.

But then, as the early nineties moved into the mid-nineties, bad reports about Keller’s doctrine and practice continued from people I trusted who attended Redeemer so that, in time, we stopped recommending Redeemer to those who moved to New York City for a job or grad school.

Tim Keller is old hat, now. He’s resigned his Redeemer pulpit and his proteges have consolidated their power over the PCA where, like Scott Sauls in Nashville, they are zealous to tear down the doctrinal faithfulness men that went before them built and defended. Now, Tim Keller’s influence is obvious everywhere. He won. The PCA is fine with Scott Sauls’s women officers. The PCA’s church planting is being led by RUF hipsters. The PCA’s seminary is whole hog behind the “gay spiritual friendship” project, lending its best and brightest to the steamy Revoice Conference for “LGBTQ sexual minorities” being sourced by Covenant Theological Seminary’s Vice President and grads which is due to be held in a PCA church in St. Louis next week.

Astute observers see Tim Keller’s corrosive influence everywhere. They note it’s at its most corrosive at the gaps in the wall—those places where, watching our wicked culture attack the wall of God’s Truth. Pastor Keller and his fellow pastors should have been sounding a clearnote of warning, but instead they only blew the sort of off-pitch notes that are perfectly suited to confuse their fellow defenders while masking their own allegiances before the enemy.

They’ve been turncoats at the gaps in the wall, and now women and men of the PCA are doing their best to mimic their behavior. As many PCA view it, since turncoat worked in New York City, they should go and do likewise.

The off-pitch notes Tim Keller spent his ministry blowing from New York City were bad in many areas, including the Biblical doctrines of Creation, Hell, Adam’s federal headship, church order and polity, homosexuality, etc., but the worst thing Tim Keller accomplished was changing the preaching of the Reformed church and its pastors. It is awful what he has done, yet no one recognizes or grieves over it.

Tim Keller has largely removed authority from the Reformed pulpit. Obviously his own: Tim Keller’s best-know rhetorical method was to suggest, wonder, and hint at the truth. No one would call his method “proclamation.” Proclamation is done by men who acknowledge the weighty responsibility they have as preachers of the Gospel. Men who live under the conviction that God He has been pleased to delegate His authority to the preacher of the Gospel, and thus our message must always be:  “Thus says the Lord God Almighty, Maker of Heaven and Earth: repent and believe! Flee the wrath to come!”

Everyone’s wanted to be like Tim Keller, and so we are. Before Tim Keller, preaching had authority. That was the notable thing. Preaching that was hard appealed to men of good conscience. Preaching was filled with appeals to the conscience and had application of the words of God to the souls of men. People cried, and sometimes wailed.

No more. Tim Keller has gelded the Reformed pulpit.

Back in January of 1966, Dad wrote about the revival in Scottish Hebrides:

A few years ago, Dr. J. C. Macaulay, president of London (Ontario) Bible College, told of visit(ing) the Scottish islands of the Hebrides where revival had been endemic for some time. Dr. Macaulay was on his way to a church service, and heard a low wailing noise from a cottage.

In response to the visitor’s question, a man with whom he was walking replied, “That’s William, finding his way to God. He’ll come through.”

What a pitiful day we live in. Our preachers and pastors have little faith in the power of the Holy Spirit, so we rely on ourselves, instead. Might it be that our Teacher has hidden Himself (Isaiah 30:20, 21)?

One of those who moved from our congregation to Redeemer was a brilliant attorney who clerked for a federal judge before going to an international law firm in Manhattan. After being at Redeemer for a decade or so, one night he called and said he’d come to a realization about the preaching he was under. These were his words:

“All the sins Tim Keller preaches against are psychological. He has no doctrine of God.”

Never forgotten that call. The man who made this judgment is no alarmist and was thankful for many aspects of Redeemer’s ministry. But in the end, one brilliant man gave his judgment of the preaching ministry of another brilliant man, Tim Keller.

In the final analysis, the worst damage done by Tim Keller to the Reformed church of our time has been his promotion of preaching that is soft. Compare him to Reformed preachers of past centuries and you will blush. Compare him to the Biblical prophet and you will cry with grief. Could God be pushing us into four-hundred years of silence?

May God restore our preachers to us.