Is Sauls too among the Prophets? (Part 2) 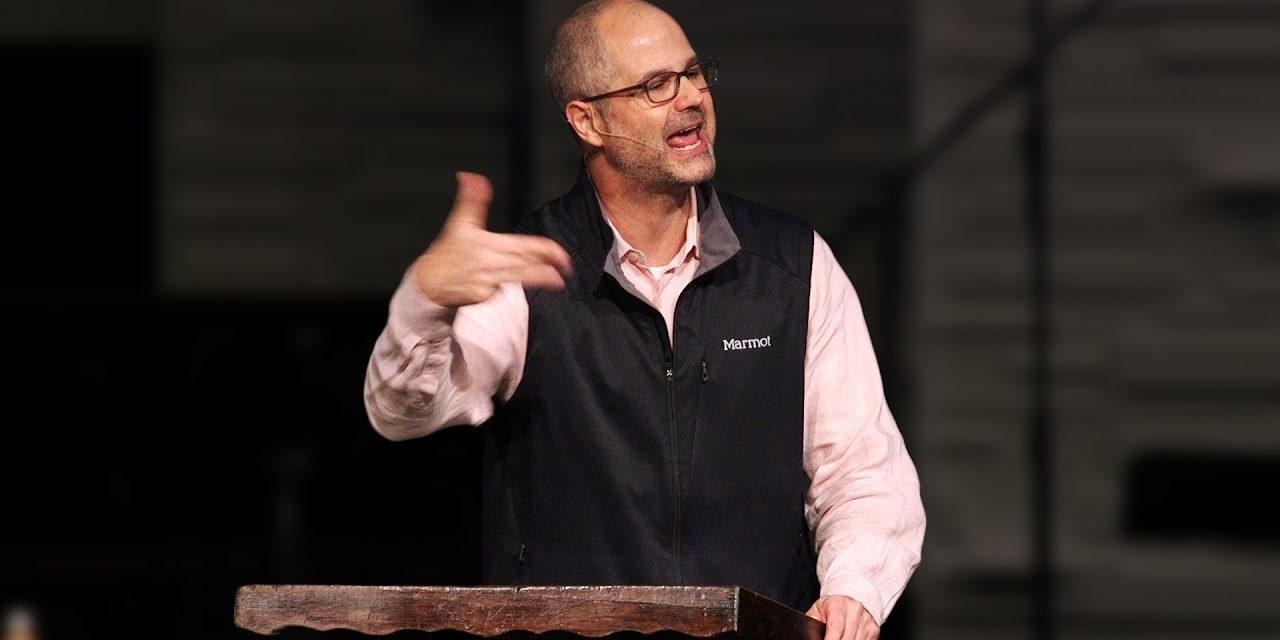 When our kids were younger they’d watch certain movies over and over. Nate, our oldest, would sit shaking with laughter every time “March of the Wooden Soldiers” was put in the VCR. It never got old. They’d watch it over and over.

Déjà vu in tragedy is no fun. One showing of Billy Budd with innocent Billy swinging from the gibbet at the end was more than enough for me.

So let’s admit that we’ve seen this show before and we know how it ends.

Sauls’ epiphanies about human sexuality will not stop. There will be another sexual minority to champion, another patriarch to kill on the way to leveling all authority under his benevolent gaze.

So why watch this movie again? Why fight battles whose outcomes seem written in stone? Because God is on His throne. Goliath vaunts himself for a season, but the will of God reigns forever. One day Billy Budd will not die. One day truth will strike back. Why not this day? Why not here?

Once more into the lists, then.

Sauls has a blog. On it he asks big, important questions. After commissioning deaconesses last week in CPCN’s morning worship, he posted an entry titled, “Women in the Church: Have We Gone Too Far, or Not Far Enough?”

As you might expect, having surveyed the pitfalls on either side, Goldilocks find his position just right:

The question, “Are we getting too close to the line?” seems inadequate, if not fear-based. If the so-called “line” is Scripture itself, our view is that we want to be squarely ON the line at all times. The only safe and viable place for a tightrope walker is on the line…how much more so with the Scriptures in all that we believe and all that we practice.

Who’s the person accusing others of operating on fear? The man who compares Scriptural obedience to walking a tightrope? But, of course, Sauls’ line is notional, a fabric of his nomadic Scriptural perception rather than a fair representation of where God would have His servants stand. How do we know this? Because, though he poses the question, “Are we going far enough,” Sauls never answers it. No resounding, “Yes. We have reached the place where God wants us. We have fulfilled the Scriptural command. We have gone thus far and we will go no further.”

Instead, Sauls damns the Word of God with faint praise,

While we are not certain exactly why [emphasis in the original] God would identify men as his chosen instruments to serve as representative, servant-leader “head of household” in both the home and the church (see Scriptures referenced below) — and while our current cultural climate may regard complementarianism as culturally regressive and disadvantageous to women (For the record, many women would contend that the purest forms of complementarianism demonstrate the highest esteem and empowerment toward women…but more on this below) — what we understand Scripture to be saying on these matters must hold the day.

The commissioning of deaconesses is what Sauls and the CPCN elders “understand Scripture to be saying on these matters.” They may not like it, they can’t understand why God requires it, but they will abide it. For now. It wasn’t their understanding a year ago or five years ago, but it is where they are now.

Sauls says he’s standing precisely on the line. Why, then, the apparent lean?

The answer is as clear as it is old. Sauls’ understanding of God’s will evolves. His views of Scripture’s teaching on men and women were sufficiently Biblical to take ordination vows in the PCA, but malleable enough to fit into the EPC subsequently, where he gladly ordained women to office. They changed again in a conservative direction when he went to be with Tim Keller in Manhattan (though he did “mistakenly” ordain a woman to office in a public service of worship there), yet he was able to fit Manhattan and EPC sensibilities into the form required to acquire the pastorate of CPCN where women were not previously commissioned to office. And now they have morphed again. Sauls’ is a screw that ever continues to turn.