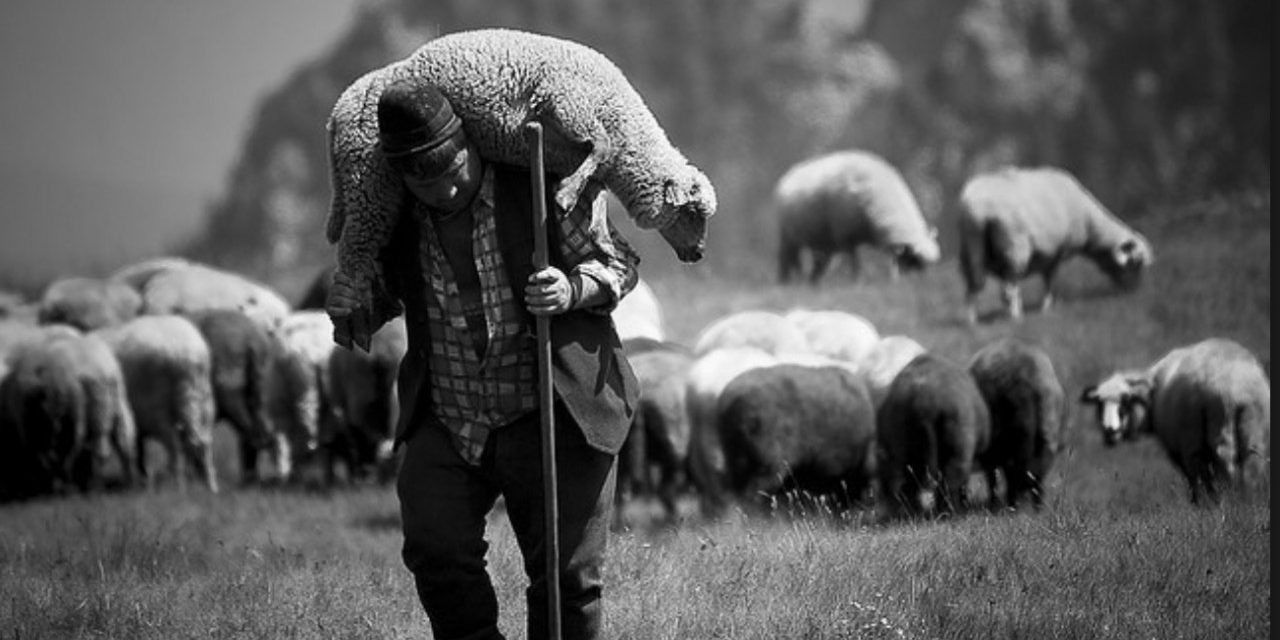 (This is second in a series on the implications of Revoice’s errors (previously enumerated starting here) for pastoral care in our congregations. Here is first in the series.)

In our first post on Revoice and pastoral care, we opened up Revoice’s denial that shame is God’s good gift to those tempted by sexual perversion. Now we turn to another aspect of Revoice’s departure from faithful pastoral care.

The Revoice Conference is for LGBTQ “sexual minorities” and those who minister to them, but there’s no mention of teaching masculinity or femininity and Revoice discourages gays and lesbians from pursuing heterosexuality. Gay men and lesbian women would do well not to expect to grow in their desire for the opposite sex. Growth in masculinity, femininity, and heterosexuality are not on Revoice’s agenda.

For Revoice, it is enough for men to avoid the sin of the arsenakoitai (men lying with males). To them the sin of the malakoi (effeminacy) is no sin at all. Look for any mention of it in conference publicity or workshop descriptions. It’s not there.

Yet the Apostle Paul warns that neither “the effeminate” nor “homosexuals” will enter Heaven:

The Apostle Paul associates the sins of effeminacy and men-bedding-males, but Revoice has nothing to say about effeminacy. Not a single thing. Their entire work is focussed on the effeminate but they deny effeminacy is sin.

Let’s think about the meaning and consequences of ministering to LGBTQ souls without warning them against the sin of effeminacy and teaching them how to avoid it—without calling the effeminate to embrace their masculinity (or the butch, their femininity).

First, if Revoice is truly concerned about the sin of men lying with males and has any heart to lead the souls under their care to flee it, we must note that this sin of bedding members of the same sex is done in secret. Why does this matter?

This is where the Apostle Paul’s warning against effeminacy comes in. Paul puts effeminacy and sodomy together because effeminacy is the public face of what goes on in bed behind closed doors.

Effeminacy is never secret. It is paraded for all to see.

So if bedding another man is hidden, how would the church and her shepherds go about guarding the man tempted to commit this sin of sodomy? If he were to backslide into his former way of life, what would be the telltale signs?

But here pastors and elders find their efforts at providing pastoral care checkmated because Revoice parades effeminacy. Those who buy into the Revoice halfway covenant are not allowed to think or speak about effeminacy because effeminacy is what they are all about. As they see it, effeminacy is the outlet they need in order to flee sodomy without going crazy. Revoice men define themselves as those who get their flame on publicly without getting their flame on privately. That’s their sweet spot of Christian sanctification.

Force yourself to look at and listen to these Revoice men. Make yourself see and hear what they are shouting at you.

Start with the hair, move on to the clothing, keep going to the neighborhoods they live in, check out their faves, notice their shoes, then listen to their preening. This particular example is the bio of a Wheaton College Revoice workshop speaker: 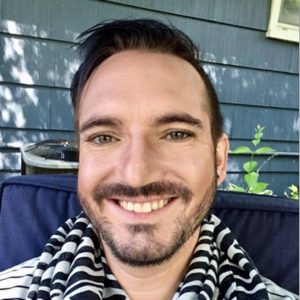 Jack Bates is a PhD student in historical theology at Wheaton College, focusing on the theology of the early church and its prospects for transforming modern discussions of sexuality, gender, and disability. He identifies as a bisexual, is married to a woman, and has a young son. He is actively involved in his local Anglican (ACNA) church and in the LGBTQ community in the Chicago area.

Effeminacy defines Mr. Bates. Or maybe better to say Mr. Bates defines effeminacy. How much more out of the closet could Mr. Bates get in one picture and a short blurb? He’s done a superb job communicating precisely what he wanted to communicate. Commenting on it, we have done nothing more than agree to hear what he wants us to hear and to describe his purpose in this communication.

Now then, Mr. Bates is typical of the Revoice men, so let’s ask the question, how does a pastor or elder minister to such men?

The one thing certain is that, according to Revoice, the outer accoutrements of effeminacy are off limits. The men who are willing to give up sodomy must not be forced into any sexual identity mold of manhood or masculinity. Carriage and accoutrements are very personal and the church must not oppress their special gender identity by noticing how they speak, how they carry themselves, how they dress, how they do their do, how much they weigh, what music they listen to, and even whether or not they hang with gays, lesbians, bisexuals, transsexuals, and the queer or questioning in Chicago while their wife and child are back home in Wheaton or Carol Stream.

You see the point, right? To the former sodomite, every one of those things just mentioned is a clue to how his resistance to his former sins is going. Someone could say that a pastor or elder taking into consideration the former sodomite’s clothing and mannerisms is Pharisaical because it is sodomy itself Scripture condemns—not effeminacy. But we’ve seen with our own eyes that Scripture condemns both.

Look again at the Apostle Paul’s words above. He knows his sheep, doesn’t he? Neither the effeminate nor the man who lies with males will inherit the Kingdom of God.

But contradicting the Apostle Paul—and thus the Holy Spirit—the men of Revoice celebrate effeminacy and warn pastors and elders not to mention it if they want to lead the LGBTQ souls in their congregations to Gospel flourishing. As long as LGBTQ persons promise to remain celibate, it’s hands-off with the rest of their lives. 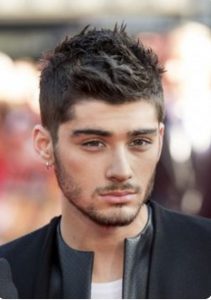 Revoice is offering no workshop on how to live manly or womanly. No workshop on learning to recognize who is struggling with sodomy and effeminacy. Men in the Church wearing pink, purple, or lavender, sashaying about in their wavy or spiked gay locks,1 dancing in their pointy-toed shoes, squeezing into skinny jeans, working as hair stylists, gigging as counter-tenors, and simply adoring Broadway musicals are all meaningless forever and always.

In the Church, that is.

Up on Chicago’s north side inside the Lakeview bar Friday night, everyone knows exactly what each of those things means.

It’s allee-allee-in-free on gayness as long as it’s celibate. Seeing this, all the church’s young dudes who are heterosexual dress and speak and act gay because gay is hip. The Apostle Paul warned that the effeminate will not inherit the Kingdom of God, but Revoice says he’s wrong and all the straight dudes believe and ape them.

Either that or they chew, pimp out their diesel F350, and vote for Donald Trump.

But seriously, think about this: if pastors, elders, and Titus 2 women are not allowed to probe souls in response to their effeminate or butch appearance and mannerisms, they’ll not probe for the sin of sodomy, either. After all, the telltale signs of both are the same. When we repudiate consideration of the signs of effeminacy and butchness in pastoral care, we’ve also repudiated consideration of the signs of sodomy and lesbianism and we won’t be able to carry gay and lesbian souls to safety.

By denying that gay identity is sinful, gay affect is declared out-of-bounds as a part of the pastor, elder, or Titus 2 older woman’s discernment.

This is precisely what pastors and elders find attractive about Revoice. We no longer have to think about the spiritual meaning of ABBA’s Dancing Queen or hair.