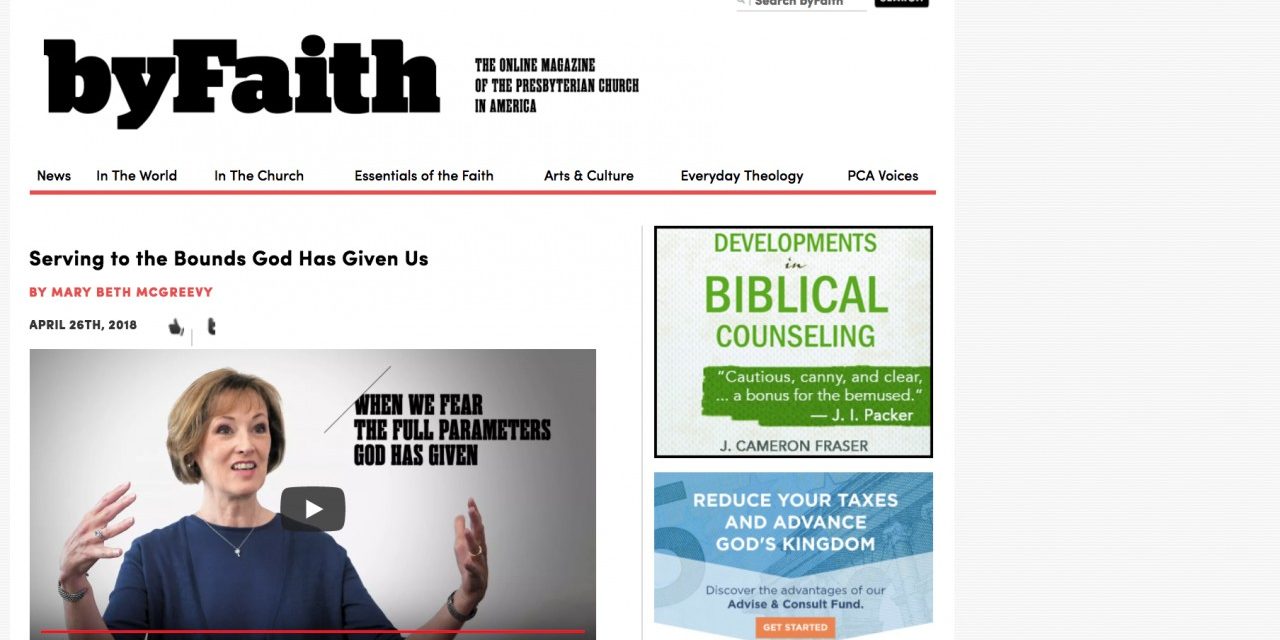 Mrs. Mary Beth McGreevy’s leadership is needed at her church session meetings. Her pastor told her so. Now then dear fuddy-duddy going 40 miles per hour in front of her, pull over. She knows where God wants her and when she’s scheduled to be there, and you’re in her way.

These are the sorts of things on the heart of Covenant Seminary grad Mary Beth McGreevy which she “shares” in a video posted on the Presbyterian Church in America’s in-house promo publication titled byFaith. McGreevy is pretty and sweet and cheerful and puts a great face on the “women can do anything a non-ordained man can do” Kellerite feminism called “complementarianism” that now owns the PCA.

No pastor wants to criticize women like this. McGreevy tells us “you can’t put women in a box anymore” and who would want to? Women are pretty. If mother is happy, everyone’s happy.

Yet there is that small detail that the Apostle Paul was surrounded by churches with pretty and cheerful and well-bred women like McGreevy, and he commanded them in the Name of God and on the authority of the order of creation “not to teach or exercise authority over men.” One of his reasons was that order of creation. The other was that it wasn’t man, but woman (Eve) who was “deceived” (1Timothy 2:12-14).

Were none of the women the Apostle Paul commanded to be silent well-bred? Pretty? Cheerful? Did none of them have seminary degrees? Were none of them married to husbands who came home and asked them how many job offers they’d received from churches today? As “adult ed” ministers, for instance?

Years ago, I heard my friend Elisabeth Elliot say publicly “the problem with the church today is that it’s led by a bunch of effeminate men who can’t say ‘no’ to a woman.” She’s still right. 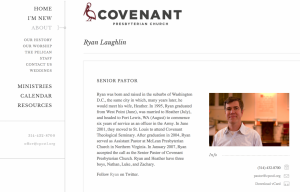 Watch Mrs. McGreevy’s byFaith video and imagine anyone at all being able to say “no” to such a pretty, intelligent, well-bred, chipper, and utterly self-confident woman whose pastor wants her leadership in his elders meetings. Then remind yourself—husband, father, pastor, elder, mother, sister, or older woman whose job it is to say “no” to such women—that the Apostle Paul was hated.

If he were still living and writing and preaching, he’d be hated even more today.