The PCA: Greg Johnson’s self-justifications and an obvious proposal… 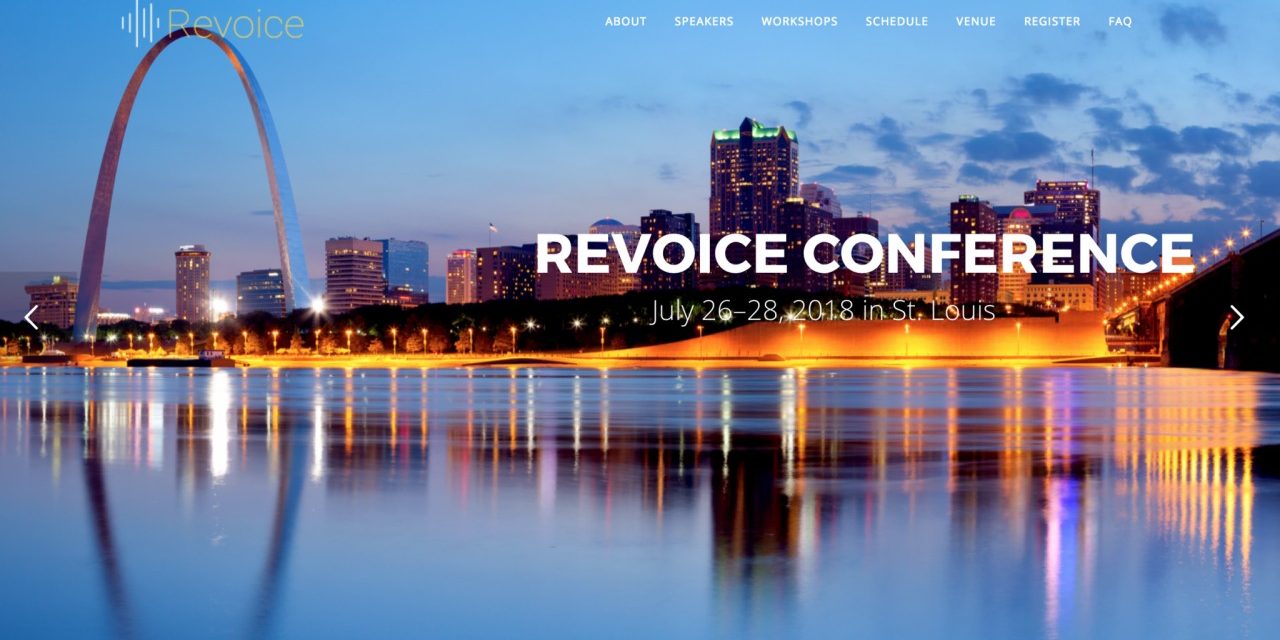 As the senior pastor of the conference’s host church, I would like to explain why we are honored to host the Revoice conference this summer. –May 25, 2018; Rev. Greg Johnson, Memorial Presbyterian Church (PCA), Saint Louis 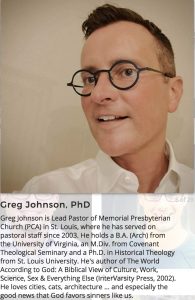 Yesterday’s post on Covenant Theological Seminary’s faculty and grad gayfest titled Revoice hosted by Greg Johnson and his PCA church is every bit as scandalous as those without a seminary degree think it is.

Johnson and his “sexual minorities” were quick to issue self-justifications, reassuring their fellow pastors and elders as well as their flocks that criticisms here and elsewhere were much ado about nothing. Johnson wrote a letter to the Aquila Report (from which quotes above and below are taken) telling concerned Presbyterians there’s no need for concern.

Greg Johnson declares he’s all about flourishing and peace

As Proverbs says, all a man’s ways are right in his own eyes. And the man has such undeniable compassion. Johnson defends his conference:

The idea behind “revoicing” a piano is that you keep the piano but tune it to bring out the beauty of the instrument’s sound. Often, our teaching about pedophilia is simply that pedophile sex is wrong. And that much is true. That’s one note, one indispensable key on the piano. But what of the widower in our churches who only hears that one note over and over again whenever pedophiles are discussed—an older gentleman crushed by the shame of a sexual orientation he has acknowledged to no one? Is the Bible’s message to him only negative? A well-voiced piano can make a much more complex and beautiful sound. Yes, that message still includes a call to self-sacrificial discipleship. (That’s the same for all of us.) But the gospel offers the believer who struggles with little-boy desire a positive vision of flourishing in Christ as a part of his body the church.
[The only changes to Johnson’s self-defense are in italics noting the replacement of the sin of sodomy with the sin of pedophilia.] 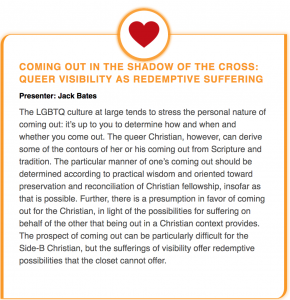 Actually, Johnson’s defense is precisely the same as all the spiritual gobbledygook in defense of sodomy I read for over a decade in the Presbyterian Church (USA). Dissembling combined with misleading appeals to famous persons (John Stott, J. I. Packer) compounded with evasions and Scripture-twisting and equivocations topped off with their shibboleth “Gospel flourishing”…

It will do the trick. PCA men in St. Louis will neither prosecute nor convict Johnson or Sklar for promoting Revoice’s gayfest. St. Louis is owned by Covenant Theological Seminary. Across the PCA, churches are led by CTS grads initiated into the latest homosexualist evasions and lies. Covenant grads doing campus work with RUF, planting churches with MNA, and serving congregations as pastors will all assure their simple sheep that this gayfest is just peachy-keen. 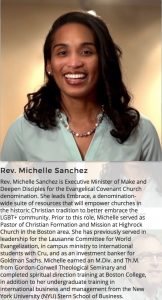 That’s what their seminary profs told them to think, including Vice President Jay Sklar. Didn’t President Dalbey assure them Dr. Sklar is a “faithful servant of the Lord?”

[Jay Sklar] is a humble, faithful servant of the Lord and an effective teacher and author who has emerged as a strong leader in the past few years as Dean of Faculty.

Why would seminary profs become oh-so-very-precious about sexual perversion?

What denominational seminaries do for affiliated congregations is less about academics than acculturation. The core curriculum of denominational seminaries is hammering home to their students that church conflict is always the pastor’s fault. After candidates for ordination learn that truth, it’s simply a matter of scratching the ears of congregations where they itch.

Right now our culture hates the Bible’s doctrine of sexuality, so seminaries teach M.Div. students how to make it clear to the world that we are very sensitive and understanding of the concerns of LGBTQ “sexual minorities,” but to do so in such a sophisticated tone and such misleading rhetoric that elders and their wives will stay asleep. 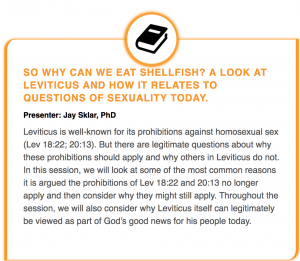 This is what Revoice is all about. Hide effeminacy and butchness behind flowery religious language in such a precious way as to keep both the LGBTQ “sexual minorities” and your church’s elders and their wives happy.

Isn’t Scott Sauls wonderful? Did you know, he used to preach alongside Tim Keller in New York City!

Isn’t Stephen Moss precious? He says he just loves Broadway plays! And think of it—he’s willing to be celibate!

Isn’t Jay Sklar such a humble servant? Noblesse oblige, showing up at that gayfest and declaring his solidarity with all those—what do they call them?—”sexual minorities.” 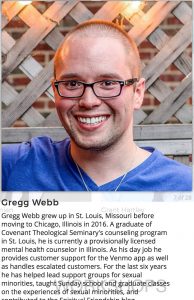 What to do about it

The church reformed, always reforming, so it’s time for work.

But forget about general assembly. It’s now a total waste. I’ve been to so many of them over the years. I’ve written for them and testified at them and served on a GA study committee and listened and watched Presbyterian general assemblies for thirty-five years, now, and they are no longer the place to fight this battle.

This battle must be fought in congregations and their presbyteries. Trust the principle of subsidiarity and get local. Bring your session with you and move on the floor of presbytery that your presbytery withdraw from the PCA. Get another pastor on board to second your elders’ motion and bring it to a vote. It’s great if your elders lose because, not having been to seminary, they will understand the things that are said, and when they leave they’ll be prepared for your next session meeting to move that the congregation withdraw from the presbytery since the presbytery refused to withdraw from St. Louis. The presbytery loss will be your gain at the sessional level which, in presbyterian polity, is always the court of original jurisdiction.

Denominations with national, let alone international, aspirations are vastly overrated. Be content with ten churches that rebuke and admonish and encourage one another, bearing one another’s burdens in tender and loving fellowship.

Move that your presbytery leave the PCA. Then, if the motion doesn’t pass, gather a few churches together with your own and form a new presbytery. Return to humble, Biblical presbyterianism. Forget national aspirations. Instead, cultivate an intense desire to see moral and theological accountability restored to presbyterianism. Real connectionalism that isn’t a cover for institutional aggrandizement. 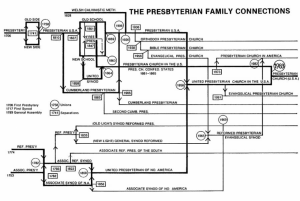 Happily though, the one thing liberals can’t ever do is build something of their own. They are only capable of living as leeches on what others have built. Take away God’s people and their tithes and offerings from Atlanta and Redeemer and Lookout Mountain and their mini-kingdoms will crash to the ground. (I say “mini” because the PCA is a tiny fraction of one percent of the population of the United States of America.)

The Bible has no verse commanding us to continue to feed these unfaithful men. They have forsaken Scripture and are owed nothing. Except discipline.

What we really owe is allegiance to our Lord and King Who bought us and the souls we care for with His Own precious blood.

We must stop fearing man and fear God instead.

O Timothy, guard what has been entrusted to you, avoiding worldly and empty chatter and the opposing arguments of what is falsely called “knowledge”—which some have professed and thus gone astray from the faith. Grace be with you. (1 Timothy 6:20, 21)

“Avoid.” This is the Apostolic command concerning men like Johnson, Moss, and Sklar who, by treating sodomy tenderly in their classrooms, conferences, and sanctuaries, are leading the church into schism.

How many times are we to warn schismatics? Five times? Ten? Fifteen?

No. Only twice. Then we are to have nothing to do with them.