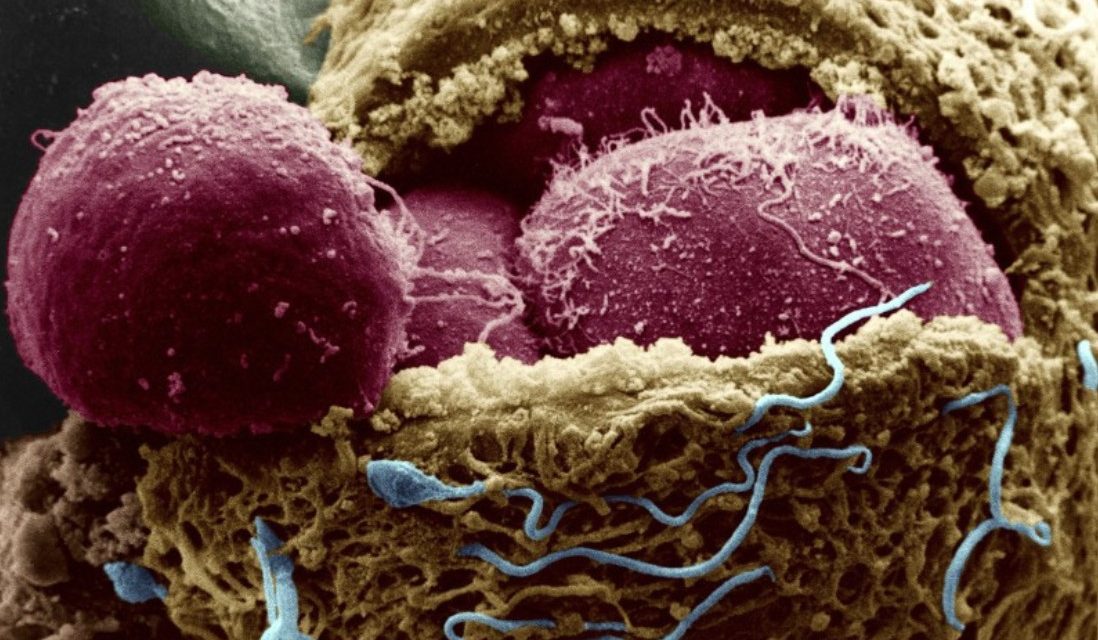 Out of Our Minds regularly comments on the hypocrisies and lies inevitably compounded by ham-fisted journalists that dog scientists’ attempts to talk about their work with unborn children.

The embryos are fabricated from stem cells. No sperm and eggs are involved.

Reporting on the announcement, NPR gets caught in a conundrum. They tell us “the stem cell breakthrough … is about understanding why many pregnancies fail at an early stage—implantation.”

There you have it: “pregnancies fail” prior to “implantation.”

Now what is a pregnancy but the women being “pregnant” with something or someone? And if it’s just a thing, precisely what sort of thing is it—man or animal? And if the pregnant thing is manly or womanly—it has to be one or the other because that’s what God decreed from the beginning, says Jesus—why call the thing an “it” rather than a “who?”

This is noteworthy because doctors and scientists changed their definition of “conception” back in the fifties from fertilization to implantation. They did this to allow for early abortions while telling the father and mother there was no baby present when, for instance, their IUDs prevented implantation.

Despite over sixty years of haranguing us that there are NO dead babies who are certainly NOT murdered by the host of birth control medications and devices that prevent implantation, the scientists and their fawning journalists can’t help themselves. They still can be heard letting the cat out of the bag all the time. Like above where they say “many pregnancies fail at an early stage—implantation.”

Beyond the inevitable tells they give off pointing to their ghoulish nature and dark hearts, scientists also demonstrate their hostility even to the lonely and attenuated laws that hinder them from becoming entirely Frankenstinian.

Studying how early embryos develop is tricky both ethically and technically.

Stupid legislators and stupid citizens continue to slow science down:

Using stem cells, rather than sperm and eggs, to make model embryos could offer a plentiful supply for scientific research.

Dr Rivron told the BBC: “We can now generate extremely large numbers of these embryos and study them in detail. It could help us understand why some embryos fail to implant and let us screen for drugs that might help with fertility.”

He said there were no plans yet to repeat the results using human stem cells. That would require approval.

Prof Robin Lovell-Badge, an expert at the UK’s Francis Crick Institute, said the prospects for obtaining human embryo-like structures in this way was currently “very remote”.

“This is a pity for basic research because it would be very useful to have a limitless supply of human blastocyst-like stage embryos to understand the relevant cell-cell interactions required to make normal embryos and to study mechanisms of implantation.

That we the citizens and our governments are not allowing them to murder a “limitless supply of human” babies whom, if the limits of law were lifted, they would proceed to freeze and scorch and burn and carve up, and then kill.

If this is “science,” then Hitler’s scientists were at the bleeding edge of genius and courage.