Does God give us more than we can handle? 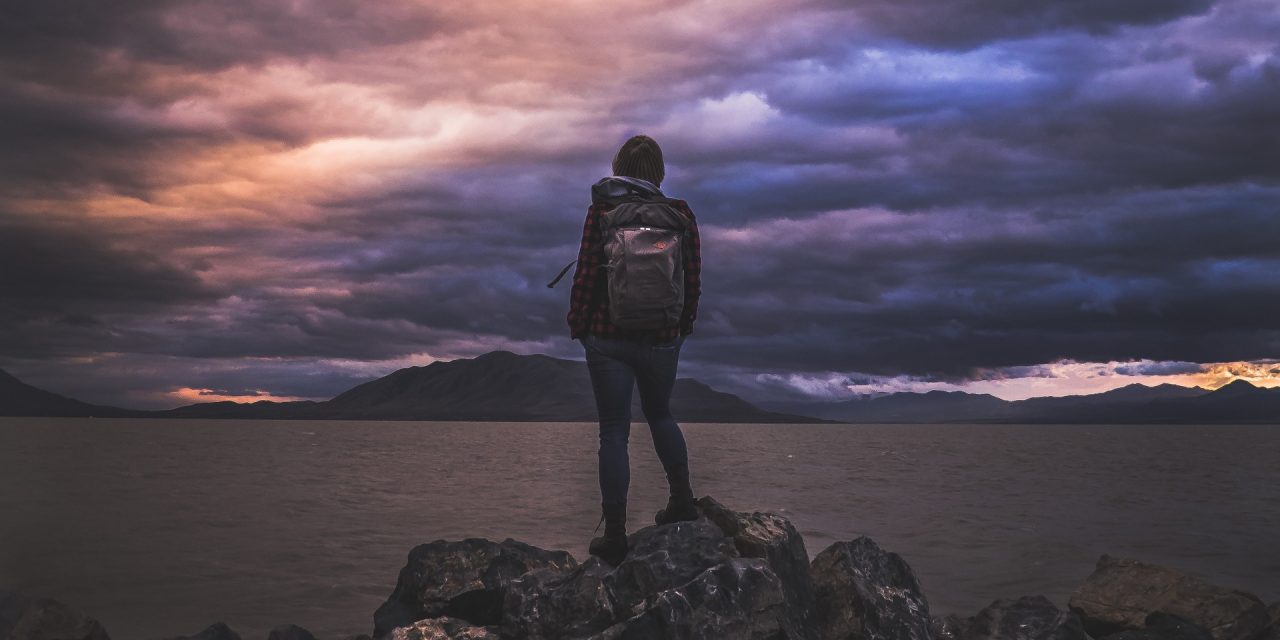 I was riding in a car with a friend recently and we were discussing the difficult life circumstances of another mutual friend. Then my companion declared, “Well, God does not give us more than we can handle.” She said it with such confidence and I couldn’t argue. We hear it often and we cling to that wonderful promise. The conversation moved on.

Half an hour later we were joined by a third friend. She was telling us about her preparation for a talk she was slated to give at an upcoming conference. Her topic would be how to handle difficult circumstances in life. She went on to say dismissively, “You know how people always throw around ‘God does not give us more than we can handle.’ Well of course He does!”

That was awkward. Well, does He or doesn’t He?

I racked my brain. Where in the Bible is that wonderful promise? Was it something Jesus said to his disciples? No… maybe Paul said it to the Ephesians? Hmm… no. The Old Testament, or in Proverbs, perhaps? Well, it’s in there somewhere! We depend on it. We need it to be true.

I immediately thought of a couple we knew who had lost 3 children to a genetic disease. They got divorced and both walked away from their faith. It did seem that God had given them more than they could handle. Other examples quickly came to mind. We knew a pastor who committed suicide. We know people who are clinically depressed. Suddenly it doesn’t seem as easy to confidently state, “God does not give us more than we can handle.”

My in-laws, too, lost three children. First they lost a five-year-old to leukemia. The next year they had a new baby who was born with Cystic Fibrosis. He had surgery, but died at just a few days old. Then a few years later their eighteen-year-old son died of internal bleeding after a sledding accident. Surely we can all agree, that is more than anyone can handle.

Then another story came to mind. Several years ago a pastor and his wife lost six children in a freak single-car accident. The car ran over a piece of metal in the road, which ruptured their gas tank, causing the van to burst into flames. Five children died at the scene and another boy died the next day from burns covering 90% of his body. Surely more than anyone can handle.

Scott and Janice Willis, the parents who both survived the fiery van accident, were quoted in the paper: “The depth of pain is indescribable. The Bible expresses our feelings that we sorrow, but not as those without hope.”

You know what my own in-laws, Joe and Mary Lou Bayly, often said? “We never felt the love of God more than when we walked away from the fresh grave of one of our children.”

Even the Apostle Paul was given more than he could handle. As he says, he suffered “beyond his ability to endure.”

In 2 Corinthians 1:8 he says, “We were under great pressure far beyond our ability to endure, so that we despaired even of life. Indeed in our hearts we felt the sentence of death.”

Later in 2 Cor. 11: 24-26 he describes several situations when God gave him more than any of us would imagine being able to bear. He said:

Surely any one of those situations is more than most people could handle. The reason Paul says “40 lashes minus one” is that 40 lashes was essentially a death sentence. Because Paul was a Roman citizen, the Jews could not legally give him 40 lashes, so they would stop at 39, just short of killing him. Paul received 39 lashes on 5 separate occasions.

He also gives us the answer to our next question, “But why? Why does God give us more than we can handle?”

Immediately after saying he despaired even unto death, he says, “This happened so that we might not rely on ourselves but on God” (2 Cor. 1:9).

We have probably all had the realization at one time or another, that when things are going well for us we go merrily on our way and feel no need of God, but when things get difficult, we call on God for help.

So yes, God does give us more than we can handle. He does it with a purpose, so we will turn to Him, relying on Him. When we are weak then we are strong, but it is strength that comes from God, not ourselves.

God told Paul, “My grace is sufficient for you”. We trust in God’s grace, His sufficiency through our circumstances, and we rely on Him to sustain us through it.

Therefore let us draw near with confidence to the throne of grace, so that we may receive mercy and find grace to help in time of need. 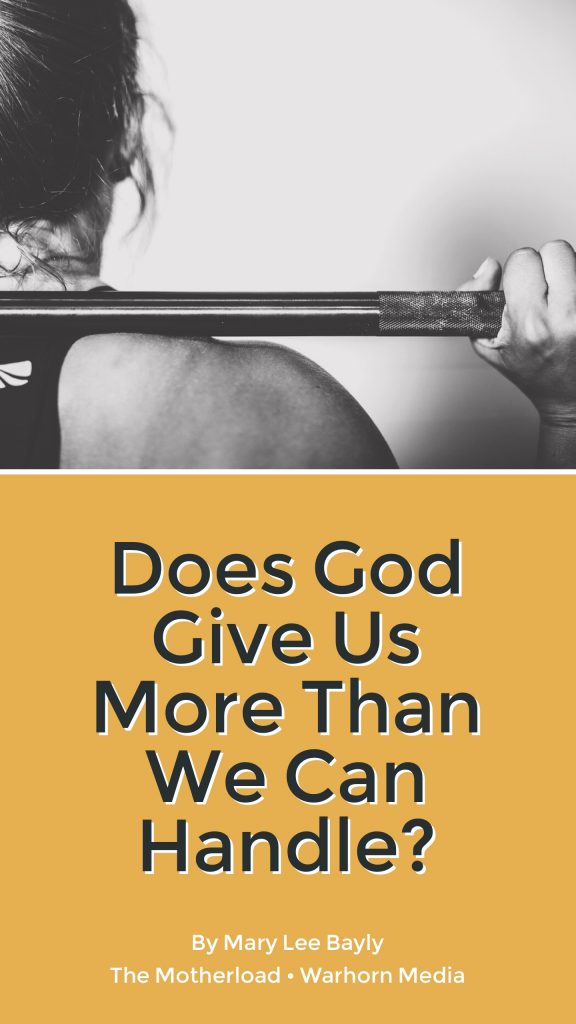 Does God Give Us More Than We Can Handle? Article pin image. 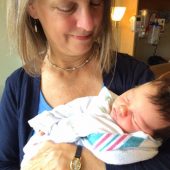 Mary Lee and her husband, Tim Bayly, have five children and oodles of grandchildren.