How important is unity? 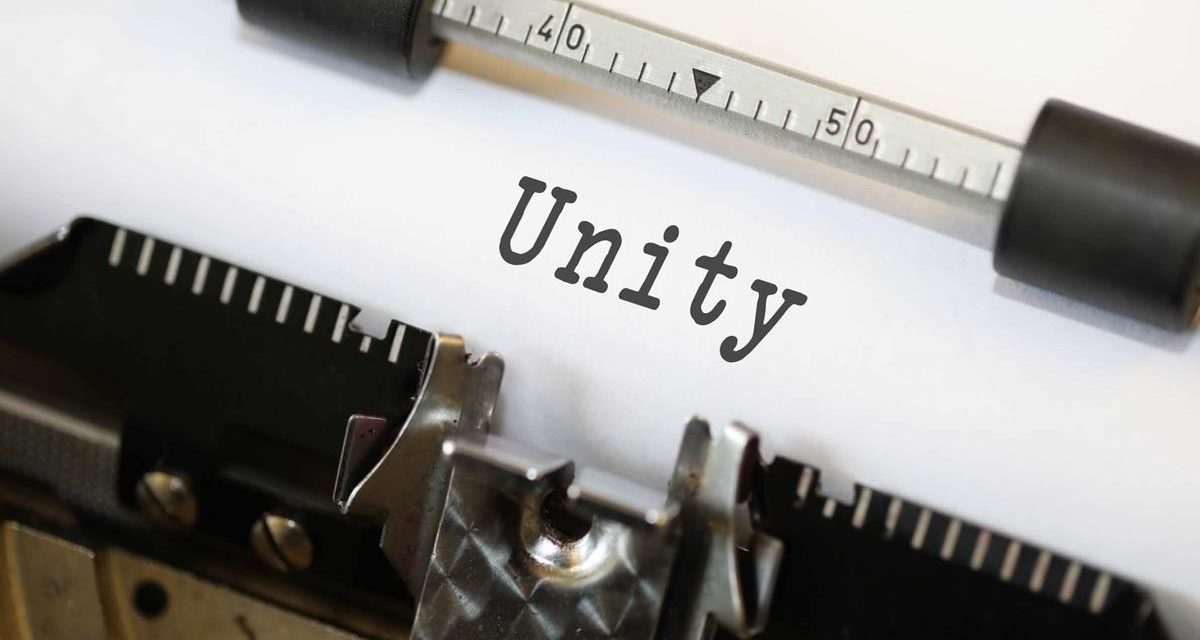 Behold, how good and how pleasant it is for brothers to dwell together in unity (Psalm 133:1).

Like art for art’s sake, unity for unity’s sake leads to some disturbing results. The unity-at-any-cost man will compromise any of his principles for the sake of remaining a friend, a co-worker, a political player, a magnanimous member of any society. But the man who compromises any of his principles is a fool and has no fear of God. Unity for unity’s sake is that fool’s bargain with the devil and will lead to the degradation of any society.

Take friendship as an example. Friendship is a bond of unity between two people usually based on some shared interests or experiences and general compatibility of personality. The friendship, though, should never be maintained at any cost. Why? Because there is a higher and more important friendship, or loyalty, that must always take precedence. Bad company corrupts good morals, and God hates sin. Honoring God cannot be set aside in order to maintain a friendship. Richard Baxter makes this case in The Reformed Pastor:

Friendship must be cemented by piety. A wicked man cannot be a true friend; and, if you befriend their wickedness, you show that you are wicked yourselves. Pretend not to love them, if you favor their sins, and seek not their salvation. By favoring their sins, you will show your enmity to God; and then how can you love your brother?

He says, friendship must be cemented by piety. The bonds of friendship cannot set unless there is the key ingredient of piety, which is the pursuit of God’s honor. The friendship-at-any-cost man would gladly set aside concern about his friend’s piety in order to be free to maintain that friend. But, as Baxter points out, that is to show your enmity to God and causes the relationship to be based upon sin and not love.

For the Christian, unity in the church must work the same way as God-honoring friendship. Unity for unity’s sake should have no place in the Christian church. Unity must have a foundation, a higher commitment that causes that unity to be cemented. As with friendship (and all other pursuits, really), God’s honor must be the bond that causes unity to exist. God’s honor must be the cake, and unity the icing on the cake.

Pastor John Calvin and his reforming brothers who broke from the Roman Catholic whore understood the ground of unity must be the honor of God. Erasmus, on the other hand, was an unity-for-the-sake-of-unity kind of guy. His kind of reformation would not require the cement of God’s honor for that unity to exist, so he maintained unity with men and, by it, purchased enmity with God. Here is Calvin’s argument from his commentary on Psalm 133:

Any concord, it is thus insinuated, which may prevail amongst men, is insipid, if [it is] not pervaded by a sweet savor of God’s worship. We maintain, therefore, that men are to be united amongst themselves in mutual affection, with this as the great end, that they may be placed together under the government of God. If there be any who disagree with these terms, we would do well rather to oppose them strenuously, than purchase peace at the expense of God’s honor…

Let us then, as much as lies in us, study to walk in brotherly love, that we may secure the divine blessing. Let us even stretch out our arms to those who differ from us, desiring to bid them welcome if they will but return to the unity of the faith. Do they refuse? Then let them go. We recognize no brotherhood, as I have said already, except amongst the children of God.

What does Calvin say about the Papists from which the reformers had happily severed themselves? He writes,

Should it so happen in the providence of God, that the Papists should return to that holy concord which they have apostatized from, it would be in such terms as these that we would be called to render thanksgiving unto God, and in the meantime we are bound to receive into our brotherly embraces all such as cheerfully submit themselves to the Lord. We are to set ourselves against those turbulent spirits which the devil will never fail to raise up in the Church, and be sedulous to retain intercourse with such as show a docile and tractable disposition. But we cannot extend this intercourse to those who obstinately persist in error, since the condition of receiving them as brethren would be our renouncing him who is Father of all, and from whom all spiritual relationship takes its rise. The peace which David recommends is such as begins in the true head, and this is quite enough to refute the unfounded charge of schism and division which has been brought against us by the Papists, while we have given abundant evidence of our desire that they would coalesce with us in God’s truth, which is the only bond of holy union.

Calvin welcomes the Papists back but with no uncertain terms. He says they would rejoice if they “would coalesce with us in God’s truth.” The temptation today would be for anyone in Calvin’s situation to assume that unity must be had at any cost. But, as Calvin writes, those who “obstinately persist in error” should not be received as brothers because that would be to renounce God.

Unity is not an end in itself. When superficial unity without any cementing virtue is the goal, the honor of God is adamantly unwelcome. It is only in seeking God’s honor that the blessedness of unity will be experienced by Christ’s church.