Ta-Nehisi Coates, reparations, and the sins of our fathers… 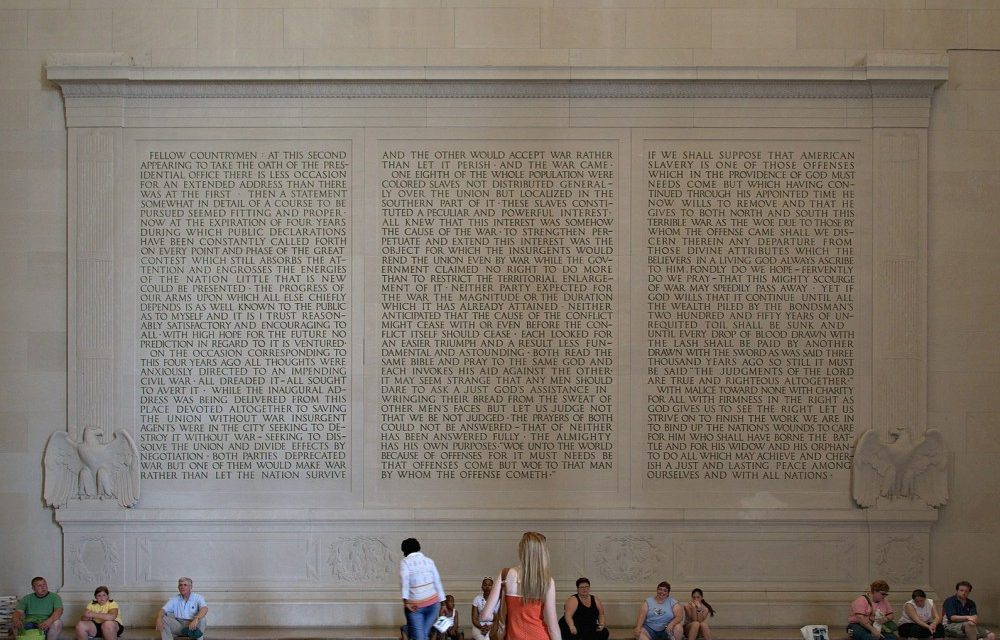 Frequently, the question is asked how to reconcile two declarations of Scripture concerning the sins of our fathers. The first is the Second Commandment, Exodus 20:5:

[F]or I, the LORD your God, am a jealous God, visiting the iniquity of the fathers on the children, on the third and the fourth generations of those who hate Me. (Exodus 20:5)

In his lecture on this passage, John Calvin says:

For when we consider the perishing of the whole human race, it is said with truth that we perish through another’s fault: but it is added at the same time, that everyone perishes through his own iniquity. If then we inquire into the cause of the curse which presses upon all the posterity of Adam, it may be said to be partly another’s and partly our own: another’s, through Adam’s declension from God, in whose person the whole human race was spoiled of righteousness and intelligence, and all parts of the soul utterly corrupted. So that every one is lost in himself, and if he wishes to contend with God, he must always acknowledge that the fountain of the curse flows from himself.

…There is no one who during the course of his life does not perceive himself liable to punishment through his own works; but original sin is sufficient for the condemnation of all men. When men grow up they acquire for themselves the new curse of what is called actual sin: so that he who is pure with reference to ordinary observation, is guilty before God: hence Scripture pronounces us all naturally children of wrath: these are Paul’s words in the second chapter of the epistle to the Ephesians.

If then we are children of wrath, it follows that we are polluted from our birth: this provokes God’s anger and renders him hostile to us: in this sense David confesses himself conceived in sin. He does not here accuse either his father or his mother so as to extenuate his own wickedness; but, when he abhors the greatness of his sin in provoking the wrath of God, he is brought back to his infancy, and acknowledges that he was even then guilty before God.

We see then that David, being reminded of a single sin, acknowledges himself a sinner before he was born; and since we are all under the curse, it follows that we are all worthy of death. Thus, the son properly speaking shall not die through the iniquity of his father, but is considered guilty before God through his own fault.

…Now therefore it is evident how God throws the iniquity of the fathers upon the children, since when he devotes both father and son to eternal destruction, he deprives them of all his gifts, blinds their minds, and enslaves all their appetites to the devil. Although we may, in one word, embrace the whole matter of the children suffering for the fathers when he leaves them to simple nature, as the phrase is, since in this way he drowns them in death and destruction. But outward punishments also follow afterwards, as when God sends lightning upon Sodom many young children perished, and all were absorbed with their parents.

If anyone asks by what right they perished, first they were sons of Adam and so were accursed, and then God wished to punish the Sodomites through their offspring, and he could do so deservedly. Concerning the young who thus perished with their fathers, it is said, happy is he who dashes thy young ones against the stones or the pavement. (Psalm 137:9.)

…Ezekiel here speaks of adults, for he means that the son shall not bear his father’s iniquity, since he shall receive the reward due to himself and sustain his own burden. Should any one wish to strive with God, he can be refuted in a single word: for who can boast himself innocent? Since therefore all are guilty through their own fault, it follows that the son does not bear his father’s iniquity, since he has to bear his own at the same time. Now that question is solved.

Many passages of Scripture declare and demonstrate God’s visitation of the sins of fathers on their sons. Making this point, Calvin lists the sons of Adam inheriting Adam’s guilt and each of us properly being described “children of wrath.” He also recounts the death of the Sodomites’ infants. Such examples could be multiplied.

We enthusiastically claim God’s covenant promises for our children while cavilling at the truth that God continues to visit our fathers’ sins on us down to this very day. Do we not see this in ourselves and our own children? Do we not see it in our churches and among those we counsel and love? For me as a son, father, and pastor, this truth has always been on the level of inarguable and unobjectionable.

For this reason, two texts have been precious to me down through the years.

As you walk into the Lincoln Memorial on our nation’s National Mall, most people turn to the left to read the Gettysburg Address given by President Lincoln just a few feet from the graves of Joseph Tate Bayly the First and his wife and father and sons. I turn to the right and am moved to gaze upon this astounding declaration of the holiness and justice of God by a sitting president of these United States:

The Almighty has His own purposes. “Woe unto the world because of offenses; for it must needs be that offenses come, but woe to that man by whom the offense cometh.” If we shall suppose that American slavery is one of those offenses which, in the providence of God, must needs come, but which, having continued through His appointed time, He now wills to remove, and that He gives to both North and South this terrible war as the woe due to those by whom the offense came, shall we discern therein any departure from those divine attributes which the believers in a living God always ascribe to Him? Fondly do we hope, fervently do we pray, that this mighty scourge of war may speedily pass away. Yet, if God wills that it continue until all the wealth piled by the bondsman’s two hundred and fifty years of unrequited toil shall be sunk, and until every drop of blood drawn with the lash shall be paid by another drawn with the sword, as was said three thousand years ago, so still it must be said “the judgments of the Lord are true and righteous altogether.”

The second text is this from the great French mathematician, Blaise Pascal.

For it is beyond doubt that there is nothing which more shocks our reason than to say that the sin of the first man has rendered guilty those who, being so removed from this source, seem incapable of participation in it. This transmission does not only seem to us impossible, it seems also very unjust. For what is more contrary to the rules of our miserable justice than to damn eternally an infant incapable of will, for a sin wherein he seems to have so little a share that it was committed six thousand years before he was in existence? Certainly nothing offends us more rudely than this doctrine; and yet without this mystery, the most incomprehensible of all, we are incomprehensible to ourselves.1

No psychologist, poet, or philosopher anywhere or ever has demonstrated a more profound self-knowledge than Pascal here when, having explained his own cavils against Original Sin, simply ends the cavilling by declaring that, without this truth, we are “incomprehensible to ourselves.”

If someone wants to argue with these truths, let him concentrate his thinking on the guilt of Adam which corrupts every last son and daughter God blesses us with as the fruit of the womb. Adam is our first father and each of us inherited his sin and guilt being by nature children of wrath from, as David confessed, “our mother’s womb.”

There is no hope for us outside of the blood and righteousness of Jesus Christ, the Spotless Lamb of God. Let us worship Him.

My objection to the descendants of slaves like Ta-Nehisi Coates calling for reparations is not that such a thing is contrary to God’s justice and the nature of generational guilt taught and demonstrated in Scripture. My objection is that Coates and his fellow descendants of slaves are so deeply bound in the prison of victimhood that reparations will only make their own fetters worse, allowing them to die another day and year and decade and maybe even a century confessing their servitude and feeling justified to live what they confess.

In other words, my objection is not economic or theological, but pastoral. It is an objection from love.