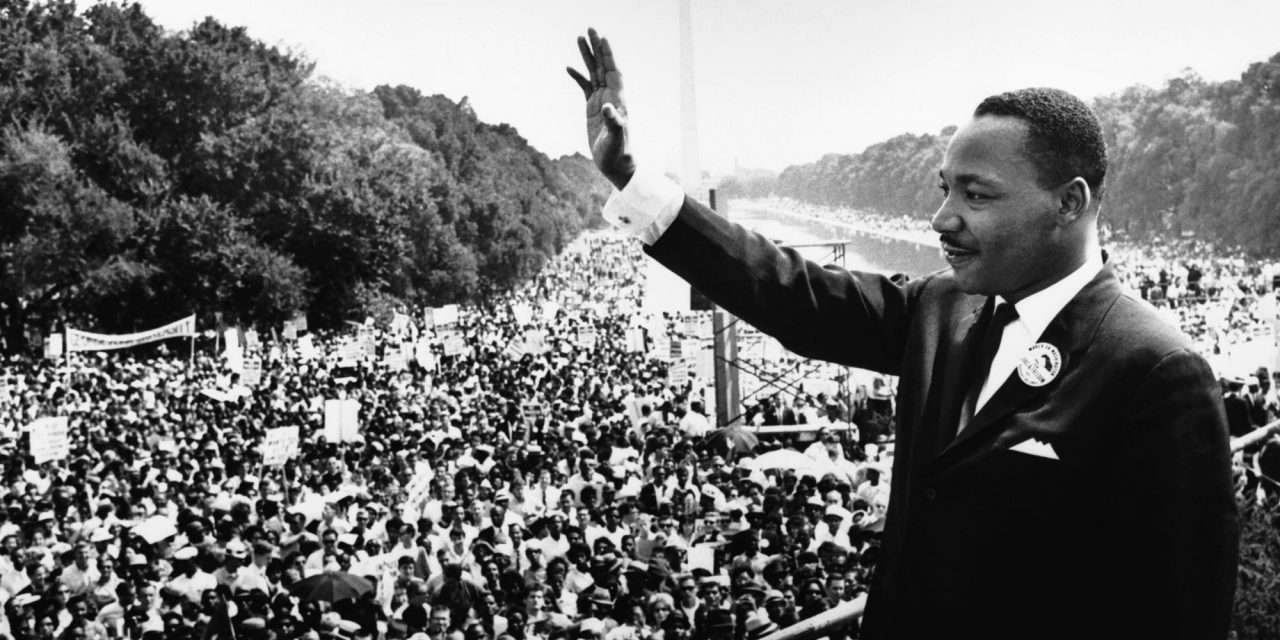 Almost 120 years ago, French writer Émile Zola published an open letter titled J’accuse!1 in the French newspaper, L’Aurore. J’accuse! set the world on fire. Zola was speaking in defense of a fellow Frenchman, Army General Staff officer Alfred Dreyfus, who had been found guilty of espionage and sentenced to lifelong penal servitude.

Since writing a paper on the Dreyfus case back in high school, Zola has been my hero. Dreyfus’s trial had been a public lynching and his guilty verdict a travesty of justice. What brought it all on?

Dreyfus was a Jew and anti-Semitism was the racist flavor of the day. Can we admit that Europe makes a habit of this? By now we all should know and freely admit we gang up on minorities, especially when the minority has wealth and power and leadership disproportionate to its population.

Most of you aren’t old enough to remember the Rwandan massacre. Back in the nineties, Rwanda was composed of about 90% Hutus and 10% Tutsis. Hutus are short and dark and Tutsis tall and light, but the Tutsis had wealth and power and leadership disproportionate to their population. Then, from April through July of 1994, Hutus used their machetes to hack somewhere between 750,000 and 1,000,000 of their Tutsi neighbors to pieces. They raped them, also, and those rapes caused an AIDS epidemic.

I remember the Rwandan genocide because I first read of it in the Evangelical Missions Quarterly. Editor James Reapsome wrote an editorial pointing out that Rwanda was a Christian nation and the slaughter should be seen as one of the fruits of Evangelical missions. It was a brave moment in the life of North American Christian publishing.

Read Galatians and you’ll see how Jews despised Gentiles. Gentiles were dirty, and dirtiest of all were the Samaritans because they were half Jewish and half Gentile. Kind of like apartheid’s “coloureds”—typically half-black and half-white. Whites hated the coloured more than the black. So did the blacks. This is the backdrop for the exclamations of surprise by both the Samaritan woman and the disciples over Jesus striking up a conversation with this woman by the side of the well.

What did the Jews call the Gentiles. Fasten your seat belts. They referred to them as the “uncircumcised.” You know what that means, right? I know it’s indelicate, but you know we all believe in the plenary verbal inspiration of Scripture meaning every last word in the book is inspired by God and profitable to the man and woman of God. No one’s going to deny that a Jew calling a Gentile “uncircumcised” was calling him dirty. Filthy, down there.

Now then, back to Galatians. Galatians is all about the Judaizers trying to get the filthy Gentiles to clean themselves up, racially. Galatians is all about the Jews telling Gentiles they needed to become Jews to be really really saved. It’s like Reformed men today telling blacks they need to get rid of mass choirs, guitars, and drums. But really, the beat—especially that beat.

It was a church potluck in the Fellowship Hall and Peter moved from one table filled with uncircumcised Gentiles to sit with circumcised Jews.

Now then, us. You and me. We are citizens of a nation that has despised Africans for centuries, now. Does that mean you and I despise Africans?

Well, no and yes. No in that all of us have long ago convinced ourselves that we now inhabit a post-race culture. You black? Me white? Yawn.

But yes in that we are in solidarity with our nation. You can’t read the Old or New Testaments without knowing that. God deals with the individual on the basis of the group he belongs to. You know: federal headship and infant baptism and covenant theology and “in Adam’s sin we all die” and Achan’s family and David’s subjects dying for his sin and… I could go on.

So yes, we despise Africans. Negroes. Blacks. African-Americans. People of dark skin color. Some of us have adoptive children and grandchildren who are American-African and we too despise blacks. It burns us up to think of the gross injustice—theft, really—of the social justice crowd calling for even more wealth transfer from the haves to the have-nots, and don’t lie to yourself saying race has nothing to do with your resentment. No man has ever fully escaped whatever tribalism he was born into. It was the milk we were fed from our mother’s breast and no one ever had to learn us in it.

About this time, some of you lacking any self-critical capacity feel a revulsion welling up within you: “How dare you accuse ME of racism! I am NOT a racist! Some of my best friends are African-American! I am WOKE, dude!”

Okay, I was just kidding. You’re the exception to the rule, so go find a hipster church and do your social justice thing and look down on me. Because I am racist. Just like the disciples returning to the well. Just like the Samaritan woman Jesus talked to there. Just like the Apostle Peter. Just like the Judaizers. Just like the Rwandans and Tutsis—both. Just like Hitler and Margaret Sanger and Stonewall Jackson and his biographer Robert Lewis Dabney.

So now, about Pastor Thabiti Anyabwile. The good pastor took the fiftieth anniversary of the murder of civil rights activist Martin Luther King Jr. as the occasion to write a J’accuse! calling for his nation to repent of our complicity in Dr. Martin Luther King Jr.’s assassination and continued racism against his fellow African-Americans.

Some have found fault with this piece, saying it’s just more of the usual liberal guilt-mongering and cheap catharsis.

But I don’t hold this piece against Pastor Anyabwile, anymore than I hold against the Apostle Paul his letter calling his fellow Jews to cease and desist, or Abraham Lincoln issuing the Emancipation Proclamation, or Émile Zola accusing his fellow Frenchmen of persecution of the Jews.

Why would we fault Pastor Anyabwile for loving the Rev. Dr. Martin Luther King Jr.? Think of what King did for Pastor Anyabwile’s fellow African-Americans. It was glorious work for which his hero was murdered. He had a dream and he died in pursuit of that dream.

What Pastor Anyabwile wrote is true. Completely true. As a nation, we have not yet faced our crimes against Africans. Furthermore, the truth is those claiming to be at the forefront of racial reconciliation are the worst of the lot. Whites, that is. I abominate the Black Lives Matter hucksters. I abominate white hipster church planters who discover Marxism and think they’ve finally discovered a gospel that will preach. I abominate affirmative action precisely because it is destructive of the moral agency and achievements of my African-American brothers and sisters.

But social policy is one thing and a black pastor’s cri de coeur2 is something else. Come on, let the man mourn his hero. Our hero. Let him accuse us of our complicity. He’s right. All of us are racists and the particular form of racism in vogue among reformed Christians of North America is racism focussed on people with skin color darker than our own. I defy you to deny it. So yes, we killed the Rev. Dr. Martin Luther King Jr. I was there and I know it.

May God have mercy on us.

I really set the fox among the chickens, here, and I’m glad to have done so. As most of you would guess, I agree with ninety-nine percent of what you want to say about this matter in opposition to what I’ve written. And yet…

I lived in the fifties and sixties and I know the racism that is wickedly present in (at least) southern Presbyterianism today. Plus, I think despite his other bad statements and arguments, Pastor Anyabwile should be allowed his cri de cœur on the anniversary of the 50th anniversary of the Rev. Dr. Martin Luther King’s assassination. We must be willing to consider that part of the context just as many of you want me to remember the context of the “stupid nonsense of fake “racial reconciliation” going on in the culture and church these days.”

Now there was a famine in the days of David for three years, year after year; and David sought the presence of the LORD. And the LORD said, “It is for Saul and his bloody house, because he put the Gibeonites to death.”

Then the Gibeonites said to him, “We have no concern of silver or gold with Saul or his house, nor is it for us to put any man to death in Israel.”

And he said, “I will do for you whatever you say.”

So they said to the king, “The man who consumed us and who planned to exterminate us from remaining within any border of Israel, let seven men from his sons be given to us, and we will hang them before the LORD in Gibeah of Saul, the chosen of the LORD.”

And the king said, “I will give them.” But the king spared Mephibosheth, the son of Jonathan the son of Saul, because of the oath of the LORD which was between them, between David and Saul’s son Jonathan. So the king took the two sons of Rizpah the daughter of Aiah, Armoni and Mephibosheth whom she had borne to Saul, and the five sons of Merab the daughter of Saul, whom she had borne to Adriel the son of Barzillai the Meholathite. Then he gave them into the hands of the Gibeonites, and they hanged them in the mountain before the LORD, so that the seven of them fell together; and they were put to death in the first days of harvest at the beginning of barley harvest. (2 Samuel 21:1-9)

If we shall suppose that American slavery is one of those offenses which, in the providence of God, must needs come, but which, having continued through His appointed time, He now wills to remove, and that He gives to both North and South this terrible war as the woe due to those by whom the offense came, shall we discern therein any departure from those divine attributes which the believers in a living God always ascribe to Him? Fondly do we hope, fervently do we pray, that this mighty scourge of war may speedily pass away. Yet, if God wills that it continue until all the wealth piled by the bondsman’s two hundred and fifty years of unrequited toil shall be sunk, and until every drop of blood drawn with the lash shall be paid by another drawn with the sword, as was said three thousand years ago, so still it must be said “the judgments of the Lord are true and righteous altogether.”

Sorry to not say more, but really heavy demands on me the rest of this week.