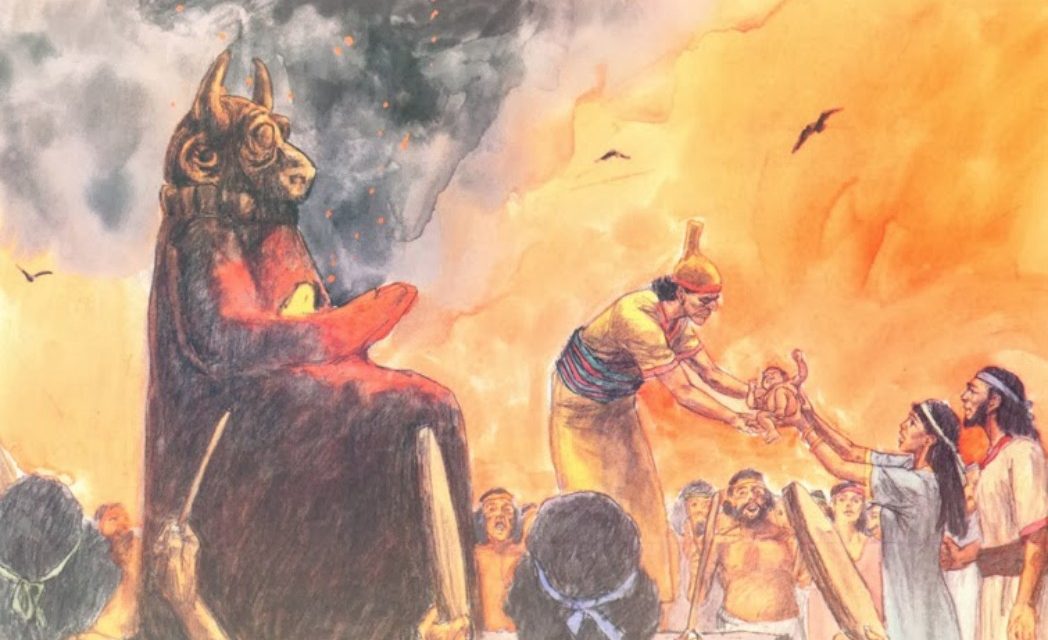 …for the men of the land [of Canaan] who have been before you have done all these abominations, and the land has become defiled… (Leviticus 18:27)

This from my brother, Pastor Robert Woodyard:

Abominable or loathsome are those sexual practices said to be characteristic of the land of Egypt behind and the land of Canaan before: incest (Leviticus 18:6-18), male homosexuality (Leviticus 18:22, 20:13), and bestiality (Leviticus 18:23). Abominable too are child sacrifice (Leviticus 18:21; Deuteronomy 12:31 and 18:9-10) and, most especially, idolatry (Deuteronomy 7:25-26), as well as the related practices of divination, soothsaying, augury, and sorcery (Deuteronomy 18:10-12). In short, abominable in Israel are those activities that deny or efface the fundamental distinctions of creation: child sacrifice, which make a child into an animal; bestiality, which makes an animal into a human being; homosexual sodomy, which makes a man into a woman; and idolatry, which makes an animal or a man or some other creature or object into a god. For the Israelite way, with its view that man – and man alone – carries the divine image, failure to see the superiority of man vis-à-vis the animals is necessarily connected with failure properly to apprehend that which is truly divine. Setting itself in direct opposition to Egyptian (and Canaanite) ways, Israel eventually will separate itself by loathing the chaos-inducing denial of the importance of separation itself.