Subordination in the Trinity: The original position of non-Arians 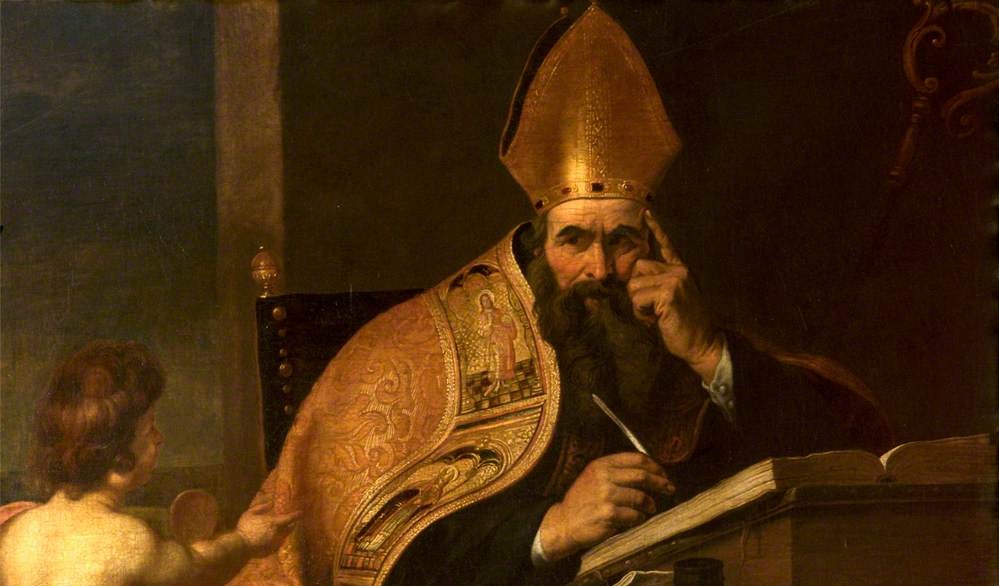 In the coming days, I’ll be discussing Augustine’s book On the Trinity. I hope also to survey a couple other works by Augustine on this same topic.

Before we turn to Augustine, let’s do just enough historical work to set the context of today’s debate over subordination in the Trinity. In an essay introducing Augustine’s work, the nineteenth century presbyterian pastor and eminent Calvinist theologian William G. T. Shedd (D.D.) noted the long tradition of theologians rejecting Arianism while acknowledging subordination in the Trinity.

In his general position, Augustine agrees with the Nicene creed; but laying more emphasis upon the consubstantiality of the persons, and definitely asserting the procession of the Spirit from the Father and Son. Some dogmatic historians seem to imply that he differed materially from the Nicene doctrine on the point of subordination. Hagenbach (Smith’s Ed. § 95) asserts that “Augustine completely purified the dogma of the Trinity from the older vestiges of subordination;” and adds that “such vestiges are unquestionably to be found in the most orthodox Fathers, not only in the East but also in the West.” He cites Hilary and Athanasius as examples, and quotes the remark of Gieseler, that “the idea of a subordination lies at the basis of such declarations.” Neander (II. 470, Note 2) says that Augustine “kept at a distance everything that bordered on subordinationism.” These statements are certainly too sweeping and unqualified.

Note here that Shedd, Hagenbach, Gieseler, and presumably Neander all agree that some sort of subordination of the Son to the Father is taught by Nicene doctrine as well as “most orthodox Fathers, not only in the East but also in the West.” Still, Shedd disagrees with those men on the question of whether Augustine did away with all “vestiges of subordination.”

The question remains, what sort of subordination are we actually talking about, here? After all, nobody denies all subordination. Everybody agrees, for example, that during His time here on earth Christ was subordinate to His Father.

Shedd clarifies the issue by distinguishing between various types of subordination:

There are three kinds of subordination: the filial or trinitarian; the theanthropic; and the Arian. The first is taught, and the second implied, in the Nicene creed. The last is denied and excluded. Accordingly, dogmatic historians like Petavius, Bull, Waterland, and Pearson, contend that the Nicene creed, in affirming the filial, but denying the Arian subordination; in teaching subordination as to person and relationship, but denying it as to essence; enunciates a revealed truth, and that this is endorsed by all the Trinitarian fathers, Eastern and Western.

Theanthropic subordination refers to the subordination of the Son in His human form. Augustine talks about it as the Son’s subordination in “his form as a servant.” So again, there is no disagreement on this point.

Arian subordination would be any form of denial that, in His essence, the Son is fully God. Since the Trinitarian controversies of the Early Church, Christians have condemned this as heresy.

What Shedd designates “filial or trinitarian subordination” is what some men today are working hard to prove a violation of the Church’s historic Trinitarian orthodoxy. But according to Shedd, this subordination as to “person and relationship” is the Nicene theology taught by “all the Trinitarian fathers.” Nor is Shedd alone in this understanding, demonstrating that others agreed, including Bull, who was writing more than two centuries earlier, in the 1670’s.

And there certainly can be no doubt that Augustine held this view. He maintains, over and over again, that Sonship as a relationship is second and subordinate to Fatherhood; that while a Divine Father and a Divine Son must necessarily be of the very same nature and grade of being, like a human father and a human son, yet the latter issues from the former, not the former from the latter. Augustine’s phraseology on this point is as positive as that of Athanasius, and in some respects even more bold and capable of misinterpretation.

Those opposing this historical understanding of subordination today claim that there is no need for subordination because everything is explained by the “taxis” or “order” that, by virtue of eternal generation, exists within the Trinity. In their view, Shedd’s mistake is thinking that Augustine’s words above imply any sort of subordination rather than mere order.

This position is problematic for two reasons. First, as the above quotes demonstrate, in the historical understanding of subordination, it is precisely “relation” which has been in view for over fifteen-hundred years. Second, and more fundamentally, attributing everything to taxis establishes nothing since taxis itself has reference to the “fittingness of relation between the three persons.” In other words, trotting out “taxis” as a way of denying subordination is not only begging the question, but also historical revisionism.

The question is whether or not the order in the Trinitarian relation of Father and Son has any consequence at all in their relationship? Or, more fundamentally, is the order horizontal, as some have claimed? Or is it vertical? What is it about the Persons in the Godhead and Their relations that determined the Son would come to earth and do the work of redemption, and not the Father? Rather than the Son being sent by the Father, could it as easily have been the Father sent by the Son?

We shall see that Augustine himself spends substantial time answering this question. Shedd is correct in his claim2 that, in all his arguing against Arianism, Augustine yet supports a relational subordination of the Son to the Father.