Reformed celebrities: And their band plays on…

Elijah came near to all the people and said, “How long will you hesitate between two opinions? If the LORD is God, follow Him; but if Baal, follow him.” But the people did not answer him a word. (1 Kings 18:21)

If you want to know the heresies and idolatry of the Roman Catholic Church in the late Medieval period, Erasmus isn’t your man. It has to be Luther. He knew Rome inside-out, from her monasteries to her parishes, her popes to her milkmaids and plowboys. Thus his aim was true.

If it was reformation that was needed, nothing like a reformed Roman Catholic priest to lead it. He knew the mass’s idolatry and the monasteries’ moral depredations personally. He himself had suffered infusion’s terrible despair. Barely escaping Rome with his soul intact, from that point on he fought them unflinchingly. Until his death. From love of God and His sheep, Luther never stopped exposing sacramentalism’s filth and tearing down the kingdom that had been built on it.

Luther had no rose-colored glasses on. He’d seen what went on in that room inside the temple and he wouldn’t stop until it’s filth was removed. God’s church was to be a house of prayer for all nations and zeal for His Father’s house consumed him. Like his Master, Luther was a good shepherd who gave his life up for the sheep. Souls were at stake. He let Erasmus do the modulation and nuance. This was Erasmus’s specialty, but not Luther’s. He had work to do and the blood and guts of that work wouldn’t shake him off.

Today, the church is in desperate straits and must be reformed. In our age, the battle we face is sexuality. Ask any pastor and he’ll tell you of the sexual debauchery at the center of God’s people. It’s pervasive, extending from our men’s laziness and abdication to our women’s immodesty and rebellion to our children’s incest to our elders’ adultery to our pastors’ pornography. And now the sodomite sons and lesbian daughters we raised are hammering on the door saying it’s their turn: “You’ve had your sins! Why shouldn’t we have ours?” 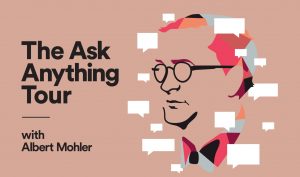 Recognizing the justice of their appeal, our best and brightest are coming up with perambulations and modulations and equivocations that define the parameters of a new normal for Biblical sexual fidelity that will let everyone out of their respective closets, finally obliterating the shame we’re all so ashamed of.

Meanwhile the church has busied herself saying “look at the birdie!” She’s so very proud of her worship and teaching and contextualization and missionalism and liturgies and sacraments. We’ve all decided Obergefell and the tsunami of anti-reparative therapy laws flying across our cities and states are a perfect opportunity for a victory lap, and we’re taking it:

To their relief, our celebrities continue to fill their amphitheaters. Their tours sell out and one tour’s money is enough to keep their juggernaut rolling for another couple of years.

But get people to talk candidly and they’ll admit the show has gotten a bit garish. It reminds you of watching Keith Richards strum while Mick Jagger struts.

You know what would be really worthwhile? Certainly not these celebrities repeating their talking points on how homosexual orientation is the real deal. Certainly not them continuing to justify their get-on-the-bandwagon opposition to reparative therapy. Not their trotting out Brits from LivingOut.org to say they love the smell but never inhale.

Instead they should bring out a bunch of repentant sodomites to preach against the sin they’ve actually committed, and by God’s grace been led to repent of and now hate with a perfect hatred. Have their preachers be real men whom God has liberated from Sodom with their souls barely intact, and thus want to explain to God’s people why God burned Sodom to the ground. 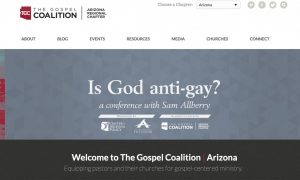 You can just see how tired of the battle our celebrities are. Touring takes its toll, so they’ve cast their lot in with Erasmus. And of course, Erasmus isn’t leading any reform because he’s incapable of it.

This is our present condition, dear brothers and sisters, and it’s our own fault. We have surrounded ourselves with the leaders we want. The pastors we deserve.

Our preachers float like bees and sting like butterflies. Their sermons leave us underwhelmed by the unbearable lightness of being.

Like the nation she is among, the church in North America is going up in flames and no one dares to utter this most obvious truth: the celebrity preachers who are household words across our nation have presided over the church’s decline for the past twenty years so it is they who are responsible for the condition of the nation, but also the church they are in the midst of passing on to their covenant children and grandchildren.

After decades of allowing these guys to claim the pulpits of the nation for themselves, maybe it’s time for them to share the blame for the continued destruction of the morals of the United States?

For thirty years, these guys have been pushing themselves into the Klieg lights, telling everyone who will listen that they are the men we should be listening to and paying. And now for several years they have been yacking about how they are the only faithful ones on homosexuality.

They tell us homosexual orientation is a real deal.

They tell us reparative therapy is evil.

They tell us LivingOut.org is the voice of reform.

Yet we continue to lend them our ears and give them our money.

The incrementalism and compromise of National Right to Life have done nothing to stop the bloodshed. Why throw good money after bad?

The incrementalism and compromise of Gospel Coalition have done nothing to stop the sexual rebellion in the church. Why throw good money after bad?

We are in the late stages of a sexual revolution that is even more damnable in the church than it is outside the church because we know better. To whom much is given, much shall be required.

Kick Gospel Coalition out of the pulpit and find a couple former sodomites who preach like the Apostle Paul. Sure, they’ll start a riot, but that’s good, right?