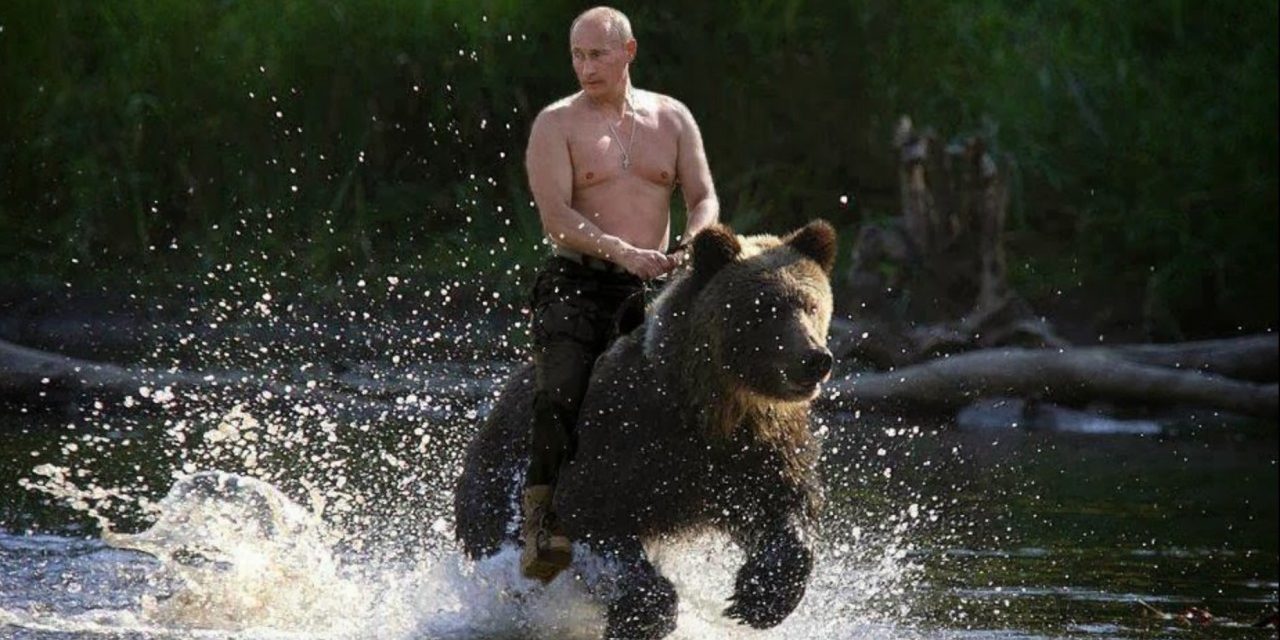 One advantage of denying that nations and races share attributes or have a common psyche is that we don’t have to think about our own. Do North Americans distinguish ourselves by any bad traits? Does Donald Trump personify those traits, announcing them to the world?

Russian history is inscrutable until you get to know the Russian psyche. Vladimir Putin just schooled the world in that psyche in his annual state-of-the-union address yesterday.

With elections about to be held, Putin announced he and his people have developed the biggest, baddest doomsday missile and warhead in the world. He brags it can blow an area the size of Texas or France to smithereens. He boasts his RS-28 Sarmat rocket dubbed “Satan 2” is immune to any missile defense system.

Putin declared, “No one in the world has anything like [it].” “Efforts to contain Russia have failed, face it.” “Nobody listened to us. Well, listen to us now.”

Last night I was reading the second volume of Stephen Kotkin’s bio of Joseph Stalin, “Stalin: Waiting for Hitler.” Reading the news this morning and seeing Putin put his people’s inferiority complex on full display for the world in this way, I remembered this statement by Stalin, made to the Central Committee when he felt pressure to slow down the collectivization and dekulakization of the nation’s farmland at the All-Union Conference of Leading Personnel of Socialist Industry in early 1931:

It is sometimes asked whether the pace can be reduced a bit, and the speed of development restrained? No, this is impossible! To slacken the tempo would mean falling behind. And those who fall behind get beat up. But we do not want to get beat up!

One feature of the history of old Russia was the continual beatings she suffered because of her backwardness.

She was beaten up by the Mongol khans.

She was beaten up by the Turkish beys.

She was beaten up by the Swedish barons.

She was beaten up by the Polish-Lithuanian pans.

She was beaten up by the Anglo-French capitalists.

She was beaten up by the Japanese lords.

We are a hundred years behind the advanced countries… Either we do it, or they will crush us. (Location: 1917)