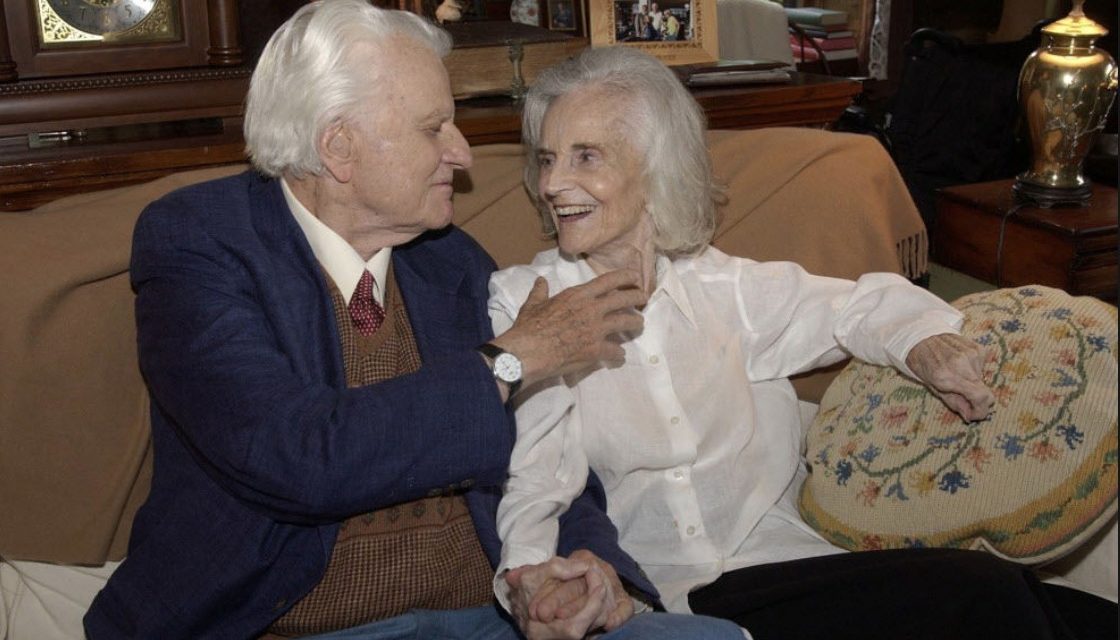 But the path of the righteous is like the light of dawn, That shines brighter and brighter until the full day. (Proverbs 4:18)

As I mentioned a couple weeks ago, Billy Graham defines the Evangelical moment our nation relished from about the 1950s through the early 1990s. He and my in-laws and parents were all at Wheaton together, along with Nelson Bell’s daughter, Ruth, who became Billy’s wife. They knew who dated whom before she married him—that sort of stuff.

Here are a couple observations. I’ll start with a personal matter, then point to a couple of Billy’s failures, but keep reading.

First, Billy gave Dad Taylor the boost he needed to break on through to the other side with his paraphrased Living Letters, precursor to the Living Bible and today’s New Living paraphrase. Billy offered a copy of Living Letters to his constituents for a donation and the book and Tyndale House Publishers were off and running.

Second, Billy always made a show of being in the church and of the church when in reality he denied the church. It’s well documented that he paraded Roman Catholic priests and godless liberal pastors across his crusade platforms in order to build support in the cities where he was preaching. He didn’t mind that they didn’t hold to the Faith once delivered. As long as they were willing to support him, he’d puff their names and presence at his crusades. And afterwards, he’d send those who, under the preaching of the Gospel came to believe, back to them to be discipled. Simple fact.

Read Iain Murray’s splendid two-volume bio of Martyn Lloyd Jones documenting that Billy asked Lloyd-Jones to sponsor his London crusade and Lloyd-Jones declined to do so for this very reason. Lloyd-Jones took much flack for this when true believers should all have commended and thanked him for it.

Third, Billy’s personal relationships often trumped God’s truth. Take, for instance, his close relationship with the presidents, including the utterly profane Richard Nixon and the utterly debauched William Jefferson Clinton. What Billy said in support of these men was inexcusable. Take, also, his removal from his website of the statement that Mormonism is a “cult” after presidential candidate Mitt Romney paid a visit to Billy’s home in Montreat, North Carolina. These and other flatterings of the rich and powerful on Billy’s part made many believers cringe.

Fourth, we all loved Billy’s marriage to Ruth. It was obviously vital in a way few national Christian leaders’ marriages were. Back in the seventies, Ruth said something to the effect that if God didn’t judge the United States soon, He’d have to apologize to Sodom and Gomorrah. Billy issued no statement distancing himself from his wife. And this was just one of many things said and done by Ruth Bell Graham that caused those who knew her to love her.

A little story. Dad was out speaking once and had a fellow Wheaton alum come up to him afterwards and greet him. It was a woman and during the course of their conversation she commented to Dad, “When I think what my life might have been like if I had married Billy!”

Dad responded, “Have you ever wondered what Billy’s life might have been like if he had married you?”

Fifth, and finally, Billy feared God. Back in 2005, I wrote this commendation of Billy Graham on Baylyblog:

I honor [Billy Graham] for these commitments related to the fairer sex and have followed them myself from the beginning of my marriage.

Interviewer: What safeguards have you taken over the years to protect yourself and maintain personal spiritual purity?

Billy Graham: I decided there were three areas that Satan could attack in—pride, morals, and finances. Over the years I tried to set up safeguards against the dangers of each…

Concerning morals: I’m sure I’ve been tempted, especially in my younger years. But there has never been anything close to an incident. I took precautions. From the earliest days I’ve never had a meal alone with a woman other than Ruth, not even in a restaurant. I’ve never ridden in an automobile alone with a woman. Those kinds of precautions can lead to some misunderstandings. There was a time when Ruth thought I was too cold to women. But I always had this in the back of my mind. There is always the chance of misunderstanding.1

Without denying his faults, I freely say Billy Graham has been one of my heroes. You may wonder how I could have such a man as a hero and I respond that I think he was more of a godly man than I am and vastly superior to most of the Christian celebrities we ooh and ahh over today.

Reading Stephen Kotkin’s excellent bio of Joseph Stalin last night, I noted this almost-Christian statement by one of the most wicked and bloody men of the twentieth century. Responding to criticism of Molotov (“the hammer”) by their colleague, Orjonikidze, Stalin defended Molotov:

Of course Molotov has his faults. But who doesn’t have faults? We’re all rich in faults. We have to work and struggle together—there’s plenty of work to go around. We have to respect one another and deal with one another.2

May God rest the soul of our dear brother departed.