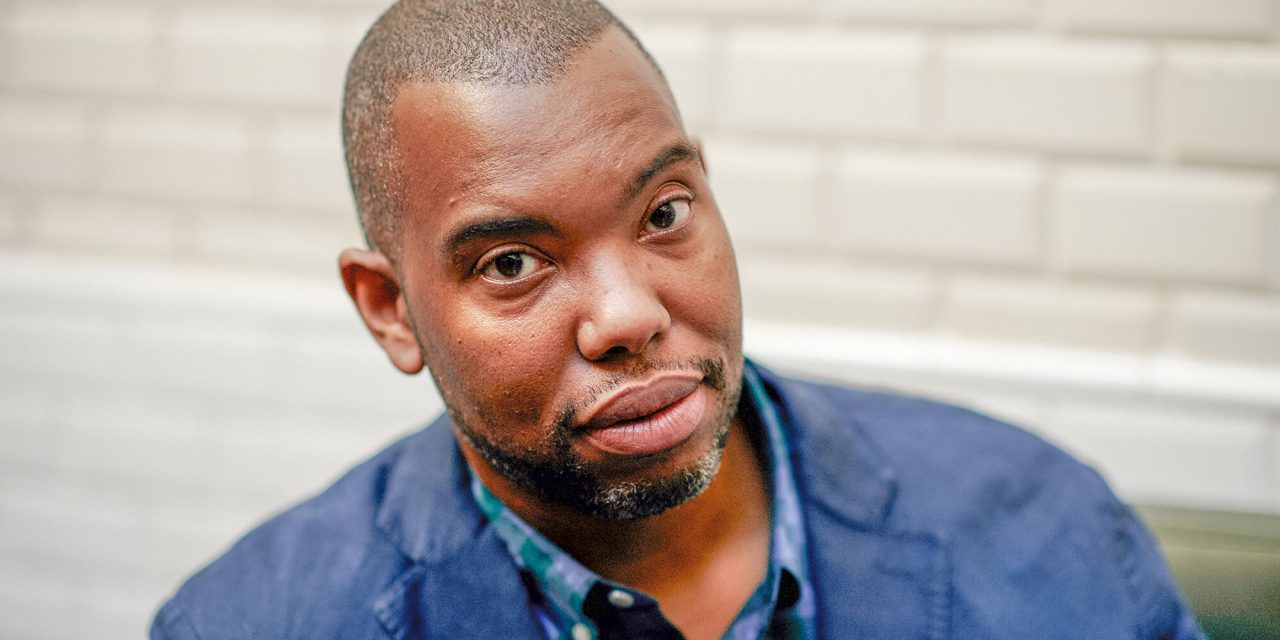 When Black Lives Matter became a thing, I started to pay attention to how conservative, black Christians were responding. I learned that the big conversation among conservative, Evangelical black Christians was about “divorcing white Evangelicalism.” The Christian rapper Lecrae is a prominent example of someone who has done just that, but he’s not alone. I’ve been paying attention to Jemar Tisby and others who write at The Witness: A Black Christian Collective. I’ve also been listening to the popular podcast, Truth’s Table, hosted by 3 black ladies.

Truth’s Table is in its second season, and the entire season is entitled “Reparations Now!” It’s devoted to the topic of reparations for the descendants of the African victims of the trans-atlantic slave trade. They are entirely serious, and many black Americans are right there with them in an earnest call for reparations. I had never heard of this before, and I decided to find out more. So I read Ta-Nehisi Coates 2014 essay entitled, “The Case for Reparations.”

Ta-Nehisi’s piece is a powerful appeal to the justice of “making things right,” but he’s is very thin on the practical details of how reparations on a national level would actually work. He recognizes this lack of specificity, but, for him, the way reparations actually work out in practice is not what’s most important:

But I believe that wrestling publicly with these questions matters as much as—if not more than—the specific answers that might be produced. An America that asks what it owes its most vulnerable citizens is improved and humane. An America that looks away is ignoring not just the sins of the past but the sins of the present and the certain sins of the future. More important than any single check cut to any African American, the payment of reparations would represent America’s maturation out of the childhood myth of its innocence into a wisdom worthy of its founders.

The appeal to justice in his article is powerful, and it’s impossible to remain unmoved by the horrific examples of injustice and cruelty in the stories presented by Coates. But the combination of the power of his appeal and the lack of specificity of how any actual reparations would work is a toxic mix. Given specific, documented examples of abuse and injustice, few, if any, would be opposed to forcing those who have defrauded others to pay back those who have been defrauded. But a national conversation about reparations would simply ensure that our nation use its tax purse to write checks to people of a certain skin color. But what effect would that have on the chance of real justice for blacks in this country? Would it mean that those who have committed racist crimes in the last 50 years would be held to account? Of course not. It’s not like a national conversation about reparations is going to magically produce local judges and bankers and politicians who love justice and truth and are willing to put their honor and career on the line for the oppressed and the downtrodden. Instead, a national conversation about reparations will simply open up another feeding frenzy of wealth redistribution, where the real skill is ensuring that your constituents get as big a piece of the pie as possible.

It seems to me that what Coates wants is not justice, otherwise he wouldn’t use language of reparations the way he does. Instead, it seems that what he’s after is actually something similar to the apology scene in Zootopia. I was mortified the first time I saw it. I couldn’t believe it was in a movie made for children. The groveling and self-recriminations of the bunny in this clip go far beyond what the bunny actually did to offend the fox. For his part, the Fox never offers a simple, “I forgive you.” Instead, he makes a joke. It’s a terrible, no-good example of how forgiveness should be sought and given.

What is required for there to be justice in these United States? Just like we will always have the poor among us, we will always have con men and thieves. By definition, they prey on the weak and the defenseless, the fatherless and the widow. Children. If there will be any hope for the weak in our nation, what’s needed is not another scheme for wealth redistribution. What’s needed is Fathers who will take up the cause of the poor and the oppressed. That includes senators and presidents, for sure, but it also includes pastors and school teachers and policemen and… fathers. Men who notice what’s going on around them and take responsibility for it.

Behold, I am going to send you Elijah the prophet before the coming of the great and terrible day of the LORD. And he will restore the hearts of the fathers to their children, and the hearts of the children to their fathers, lest I come and smite the land with a curse. – Malachi 4:5&6