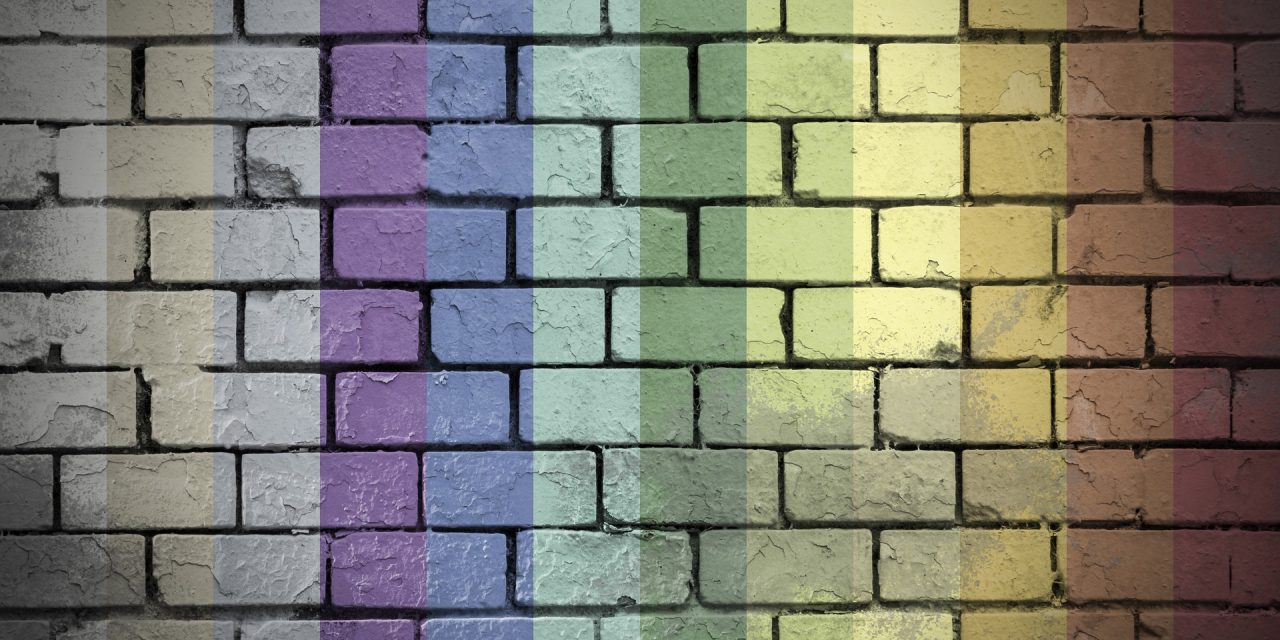 On The World We Made, and again in The Grace of Shame, we made the claim that avoiding homosexual acts is not “enough.” Homosexual desire itself is sinful and needs to be repented of.

It’s an unpopular position. In fact, some of those who claim to stand against homosexuality seek to sanctify homosexual desire. For example, Ed Shaw writes about his desire for men:

My response to male beauty is, at one level, very natural. In desiring a beautiful man, in wanting to become one with him, I am responding to real beauty as all human beings tend to whenever, wherever, they discover it in any overwhelming form.

…I see a beautiful man and find myself wanting to be united to him. I am, at one level, just responding to beauty as I am created to respond to it.

The idea is that homosexual desire is not sinful as long as you don’t act on it. It appears to be backed up from the Bible:

It sounds feasible, but it is based on false premises—namely, that temptation and desire are one and the same, and that Jesus was tempted in all ways exactly as we are tempted. Let’s take a look.

Did Jesus ever have homosexual desires?

No. Jesus never desired sex with men. We can say this confidently because Jesus Himself explained that when we desire something wicked we are already guilty of sin.

When He says that “everyone who looks at a woman with lust for her has already committed adultery with her in his heart” (Matthew 5:28), He makes it clear that when we desire wicked things we are already in sin. Another way to put it is that “the LORD looks at the heart” when He judges us (1 Samuel 16:7).

Shaw nods at the importance of the heart by condemning “sexual fantasies,” but Jesus goes much further. He says a look of improper desire is sinful.

We know Jesus never had sinful desires, because His heart was pure—not just his hands. His desires were holy, not just His actions and His fantasies.

Those who point to Jesus’ temptation to prove that homosexual desires are nothing to repent of are attributing evil to Jesus. The only way for them to avoid this and maintain their position is to either deny that our desires matter in God’s eyes or go all the way and deny that homosexual actions are sinful. Either one of these would “purify” homosexual desire, but neither is biblical.

But is homosexual desire really sinful, or is it just disordered?

Those who deny the sinfulness of homosexual desire often claim that homosexual desire is a result of the fall along the same lines as a physical illness rather than sin. For example, Shaw says of “beautiful men,” “my powerful desire for beauty is a disordered version of my God-given, admirable desire for true beauty.”

Sickness and sin are truly both a result of the fall, but we only need to repent of sin, not sickness. The claim these men are making then, is that homosexual desire falls in the same category as an untreatable disease, or a birth defect. It is “disordered” as opposed to “sinful.”

So let’s talk about the fall.

The fall affected mankind in multiple ways. Our bodies get sick and die. And we have a sinful nature. Christians have always denied that Jesus received the fallen sinful nature of man’s heart, while recognizing that He took on the inherent weaknesses of man’s body.

When we say that Jesus was tempted, we first understand it to mean that He faced all the same sorts of physical trials that we face, such as hunger, weakness and sickness.

Unlike me, though, Jesus never allowed his hunger to make him hangry.

Jesus didn’t just have a body, though. As John Calvin says, Hebrews 4:15 teaches us that Jesus also faced “the feelings of the soul, such as fear, sorrow, the dread of death, and similar things…the feelings or affections of the mind, to which our nature is liable, and that on account of its infirmity.”1 This is the category that many claim homosexual desire falls into.

But affections we have because of our “infirmity” are not the same thing as desires we have because of our “sinful nature.” In fact, Calvin says, the end of the verse, where it says “but without sin,” teaches us this very thing. He says, “we must ever remember this difference between Christ’s feelings or affections and ours, that his feelings were always regulated according to the strict rule of justice, while ours flow from a turbid fountain, and always partake of the nature of their source, for they are turbulent and unbridled.”2

Homosexual desire is not just disordered. It is sinful. It doesn’t just flow out of our infirmities; It requires our sinful nature to be added to the mix as well. How do we know? Because it is never pure for a man to be with another man. To desire it is to desire something impure. These sorts of desires are common for us, given our nature, but Jesus does not share in our sinful nature or our sinful desires.

But Jesus was tempted in all things, wasn’t He?

Yes, He was, and that includes homosexual temptation. But temptation and desire are not the same thing.

Both my friend’s question and this claim require the verse in Hebrews to mean something it doesn’t mean—that Jesus was identical in every way to us and his temptations were identical to ours. Neither is true.

The author of Hebrews emphasizes that, as our high priest, Jesus sympathizes with our weaknesses because He became man. As a man, He is one of us, but in one major way He is different from us—He was not born with a sinful nature. That difference gives him a major advantage in fighting against temptation, but are you going to complain about that? It’s the basis of our salvation!

The book of James says that “each person is tempted when he is lured and enticed by his own desire. Then desire when it has conceived gives birth to sin” (James 1:14–15 ESV).

Some take this to mean that there is no sin in the desire itself—that desire has to give birth before sin is present. This is wrong for a few reasons.3

Temptation, desire, and sin are three distinct things, but they are so intertwined in us that we have a difficult time separating them in our minds. We must distinguish between them though if we are to understand Jesus’ temptation.

According to James, desires lead to temptations which lead to sin which ultimately leads to death. According to Romans, sin leads to evil desires. There is no contradiction between the two. You can put them together nicely:

This is why we have a difficult time thinking of Jesus facing homosexual temptations without having homosexual desires. In our experience, with a sinful nature, every temptation we face, we can find a sinful desire under the surface. But Jesus is different.

Does temptation even exist apart from sinful desires?

Few would call something a “temptation” if there is no desire—nothing appealing about the sin. Even Satan, when he tempted Jesus, appealed to desires—the desire to eat, to rule over the world, to prove that He was Who He said He was. But note, none of those desires are sinful. Yet even with good desires, all it takes is believing one lie about how to achieve your good desire, and the result is sin.

In other words, though there might not be temptations without desires, there are certainly temptations without sinful desires. At least in Jesus. And there’s that trouble again. For us, to speak of being tempted by something is essentially equivalent to saying we desire it. The moment we hear the words “homosexual temptation” we cannot help but think “homosexual desire.” But as real as the connection is between temptation and sinful desires in us, Jesus is different. His desire is always to do the will of His Father.

Still, even in our fallen state we can distinguish between temptation and sinful desires. As I wait for the Super Bowl, it occurs to me that the chances of the Eagles winning would go up if Tom Brady broke his arm. I’m tempted to desire that Tom Brady would get hurt, but I don’t desire it. I actually just desire that the Eagles would win—a neutral desire.

Similarly, despite total depravity, we have many good desires. Desires to marry, have children, live in peace with our brothers, to be warm and well-fed—these are all good desires that we can seek to accomplish in sinful ways.

We’ve all heard of men so desperate to marry they are willing to sin in an effort to reach their goal. “All’s fair in love and war.” What about the desire for children? Was Sarai not seeking a good thing when she sinned by sending Hagar in to Abram? And peace! Countless pastors and elders, to say nothing of fathers and mothers, have sought peace in the church and home by refusing to confront sin.

If you’ve done these things, you know your desire was not pure. But suppose for a second you didn’t have a sinful nature. Satan’s lies would still be there, claiming that you could achieve peace by ignoring your son’s sin. Remove sinful desires, remove original sin, and temptation still exists. We see it with Adam and Eve. We see it with Jesus.

If Jesus didn’t have homosexual desires, how can He sympathize with me?

We’ve now made it full circle to my college friend’s question. Is it enough for you that Jesus became man, or will you demand that He have a sinful nature before you will acknowledge Him to be a High Priest who sympathizes with you in your weakness?

It is important that Jesus was like us by becoming fully man. But cross the line into Jesus being like us by desiring impure things, and all hope is lost. Jesus’ perfect obedience in thought, word, and deed is the basis of our salvation. By faith His righteousness is imputed to us, and if His righteousness is not perfect, we have no hope to stand before God justified.

Despite temptation, Jesus never sexually desired another man, even “the disciple He loved.” This is not speculation. This is a defense of the gospel.

Fine, but I’m not Jesus. What am I supposed to do with my homosexual desire?

Does your temptation remain? Do not despair. “For we do not have a high priest who cannot sympathize with our weaknesses, but One who has been tempted in all things as we are, yet without sin. Therefore let us draw near with confidence to the throne of grace, so that we may receive mercy and find grace to help in time of need.” (Hebrews 4:15–16)