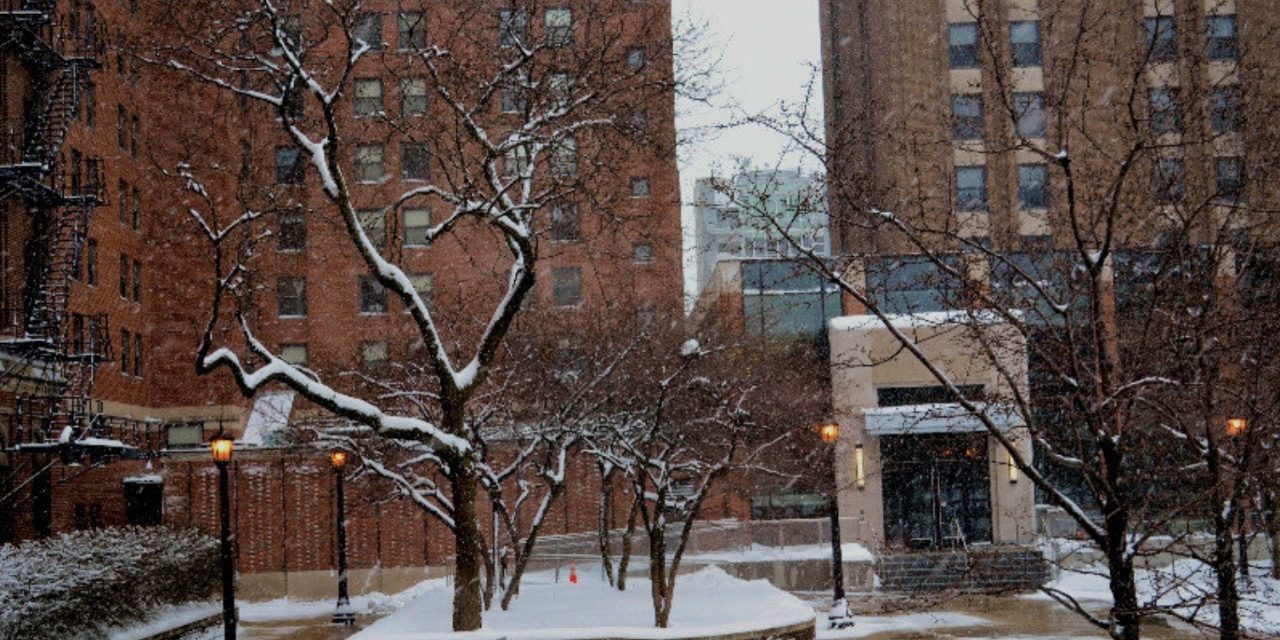 Last year, a faculty member at one of the most trusted Bible colleges in the country told me of the school’s growing financial troubles necessitating the release of faculty members. A couple months ago I read that Omaha’s Grace University (formerly Grace College of the Bible) was closing its doors at the end of this 2017-18 academic year. Then, this week, World and Christianity Today ran articles documenting a bunch of scandals that seem likely to end in the closure of Moody Bible Institute. Moody may keep its doors open for a while, but applications are dropping precipitously and the writing seems to be on the wall. 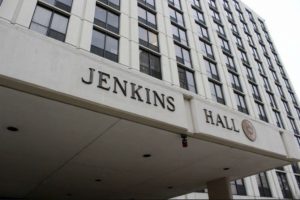 Moody’s failures are the normal ones among today’s Evangelical leaders. The school is top-heavy with sixteen administrators on the level of vice-president and above. From 2014-16, Moody’s President Paul Nyquist was paid over $1,000,000. Nyquist also owned a condo across the street worth $1,060,000 which Moody had provided a $500,000 interest-only loan to purchase. The chairman of Moody’s trustees, Jerry Jenkins, had a special penthouse apartment reserved for his use when he or his wife or family were in town. With financial losses growing, Moody chose three departments for its most drastic cuts: sports, music, and Bible/theology. And knowing of Trustee Jenkins’s gambling habits, the school removed its prohibition on gambling from its covenant of Christian conduct.

One of the more effective witnesses against the school’s internal rot was a host on Moody Radio Network named Julie Roys. Two weeks ago, on January 9, 2018, Roys posted a piece on her blog titled, “A Luxury Suite, Questionable Loan to Officer, & Gambling: The Disturbing Truth About Leadership at MBI.” It took only a couple hours after the piece was posted for Moody to inform Roys she was fired and they were sending an agent of the school to her house in two-and-a-half hours to pick up her laptop. 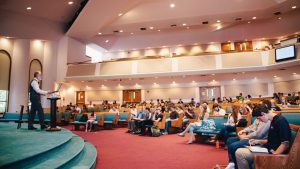 What Bible colleges can’t escape is dwindling enrollment and financial support. With an enrollment of 293, Grace University has 100 fewer students this year than last. Moody’s applications have declined 28% from 2012-17 and Columbia International University’s income continues to dwindle.

The decline has been going on for decades. Way back in 1991, two Columbia Bible College administrators, Robert Ferris and Ralph Enlow, wrote a paper titled, “Reassessing Bible College Distinctives.” Recognizing the “Bible college” name and heritage was a liability in appealing to Evangelicals, the paper ended:

Only as we close the intellectual and cultural gap which has developed between Bible colleges and the evangelical church-at-large can we expect to attract the broad based respect, support, and enrollments our institutions enjoyed in the 1940s and ’50s. By responding to this challenge, Bible colleges can reassert their role as centers for revival in the church and in world missions. 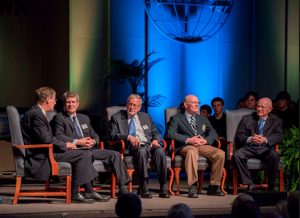 The intellectual and cultural gap was soon addressed in a very public way by changing the school’s name to Columbia International University (1994). More hidden, though, was the school’s repudiation of Biblical sexuality.

When I was on campus as a chapel speaker in the late nineties, I met with the school’s president, Johnny Miller, and expressed my concern over one of CBC’s professors denying to the students in his marriage and family class that the husband is the head of the home. Miller responded, “we don’t have a position on that.”

He went on to explain that the school was trying to expand its enrollment of African American students coming from churches and homes where male authority was denied. The school couldn’t expand its reach into the African American community if it continued to teach the Bible’s doctrine of sexuality, he explained. Shortly afterward, my friend George Murray took over the presidency and announced to the faculty his intention to hire a woman as academic dean over the college, graduate school, and seminary.

A year or two later, I went out to Omaha to serve as the chapel speaker for spiritual emphasis week at Grace College of the Bible/Grace University. The chair of the Bible department chose this week’s speaker each year and this prof indicated he wanted me to come and address Biblical sexuality. The school’s administrators were opposing the Biblical doctrine of male headship, so I was the hired gun brought in to bring back the Bible.

The week was good if students’ responsiveness to the preaching is the measure. But the faculty and administration? Not so much. The faculty snubbed me at every step, also unleashing their anger and antagonism on the poor Bible prof who had issued the invitation. At the end of the week as I was boarding the plane for my flight home, a vicious letter from the Vice President went out to every prof and student on campus attacking the week’s messages and messenger. The letter was all lies and my prof-friend did his best to expose it, but within a year or two he was gone. Meanwhile, the vice president was hired by George Murray at Columbia International University. 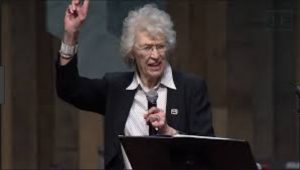 A couple years later (2004), Moody Bible Institute asked me to come and debate Jill and Stewart Briscoe on women exercising authority over men in the church. The debate was held in a chapel service and the place was packed. Barbara Hughes was my female compatriot.

The Briscoes were appalling. They didn’t make any arguments from Scripture. How could they? Rather, it was all deceptive rhetoric. For instance, Jill told the students she preached because she was in submission to her male elders who told her to. Stuart sat there all avuncular-like and hissed doozies such as, “I like to think women are persons, too.” The Briscoe’s decadence sickened me. I remembered when Stuart came to Columbia Bible College to preach and I thought he was the best preacher I’d ever heard. Now he was reduced to this pandering excuse for a minister of the Word. 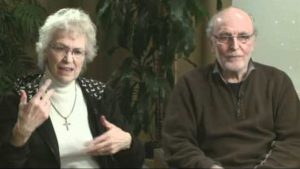 Following the chapel debate, we all did a Q&A session while eating lunch with a smaller group of faculty and students. There Stuart put on his best imitation of a man with only the greatest integrity as he announced to those present, “I am a complementarian.”

At each Bible college, students responded to the public witness to Biblical sexuality with zeal and tenderness. Some of them cried from both relief and hunger. They wanted to talk. They’d been starving for Biblical teaching on God’s purpose and design for manhood and womanhood. They wanted more. I left each school grieving for these students, knowing they were harassed and helpless sheep without a shepherd.

So now Ferris and Enlow have had their way. They were able to “close the intellectual and cultural gap which has developed between Bible colleges and the evangelical church-at-large.” Bible colleges have become international universities. Alas, this closing of the intellectual and cultural gap did not “attract the broad-based respect, support, and enrollments” they had anticipated.

As it turned out, the godly souls who gave money to these schools and sent their children to study there did not care about closing the intellectual and cultural gap between Bible colleges and the evangelical church-at-large.

What they really wanted was the Bible. God’s Word. Holy Scripture.

But Bible college profs, administrators, and trustees were tired of suffering. They wanted financial security and the world’s approval. So now they’re dead and dying.

No one should shed a single tear. God the Father Almighty takes fatherhood very seriously. He is jealous for His Own glory.